The mixed race painter Miguel de Cabrera (1695—1768) was the leading and most prolific artist of his generation, famous for his luminous late baroque style. His work is found throughout Mexico. He is known for his intimate portraits in popular style as well as his larger crowded canvases in a grand, rococo influenced manner. 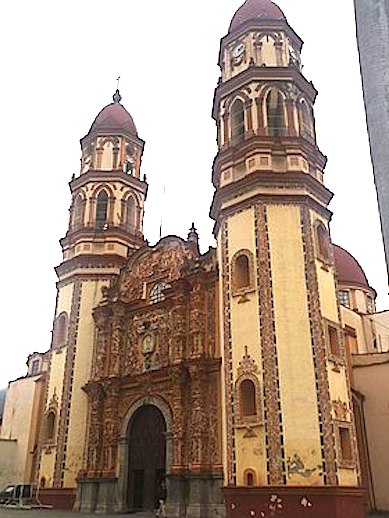 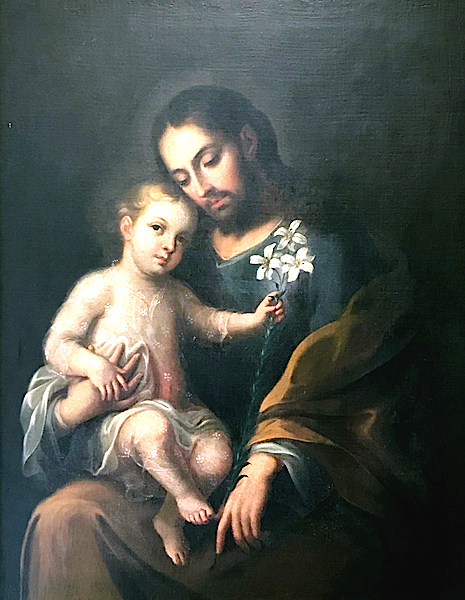 The first is a characteristically intimate, idealized portrait of St. Joseph with the Christ Child, framed in a chiaroscuro style which was somewhat outmoded in Cabrera’s time.
The child Jesus holds the traditional staff with a lily usually carried by Joseph, who is shown here as a young man rather than the graybeard as he is often portrayed. 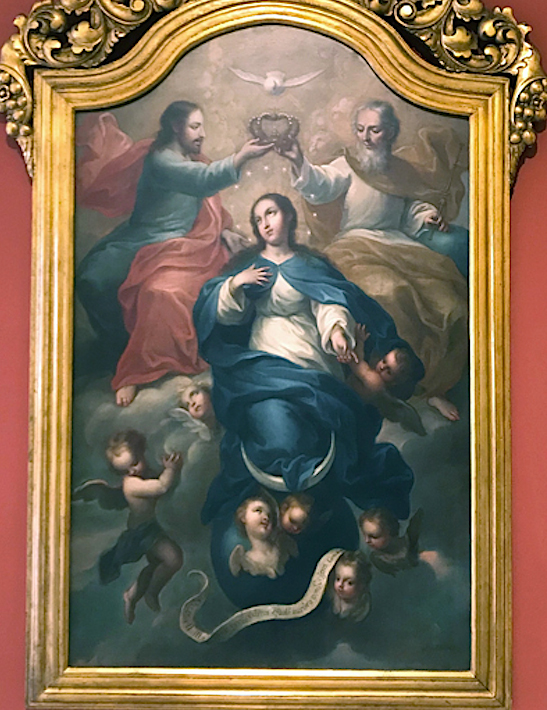 The second canvas portrays the Assumption or Coronation of the Virgin in Cabrera’s more conventional manner although still on a small scale. The Virgin, clad in a voluminous blue robe is transported heavenward by angels surmounted by the Holy Trinity holding her crown.
See our earlier Veracruz posts: Acultzingo; Jalacingo;
text ©2021 Richard D. Perry
color images courtesy of Niccolo Brooker, who brought these paintings to our attention
Posted by Richard Perry at 2:15 PM