Veracruz is a state not usually noted for its early colonial architecture, one reason why this is our first feature on the region.
Tucked into a steep valley between Tehuacán and Orizaba, San Juan Acultzingo may boast the oldest and most unusual carved reliefs of any in Veracruz State. 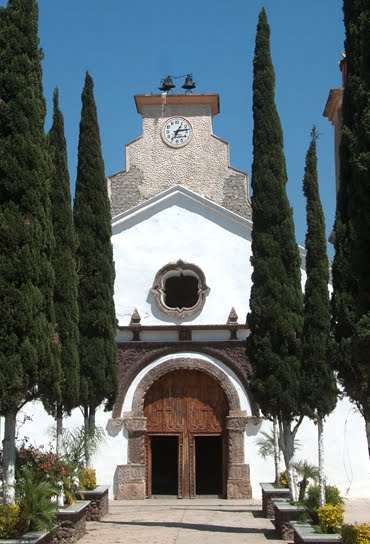 After an earthquake in the early 1970s, the nave was gutted and most of the colonial artifacts stolen. The church front too has been altered over time, most recently with the addition of an unsightly clock tower. 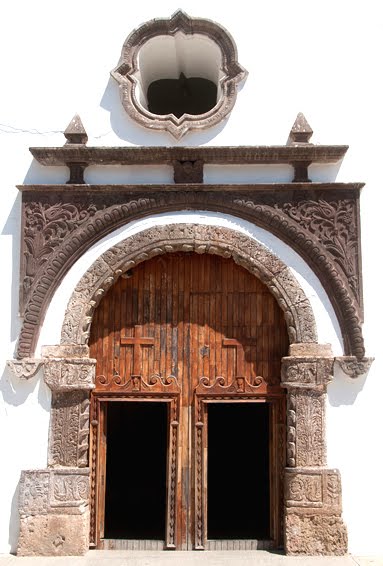 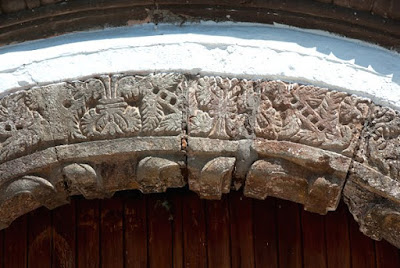 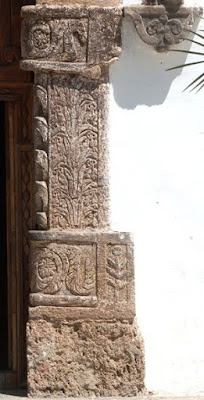 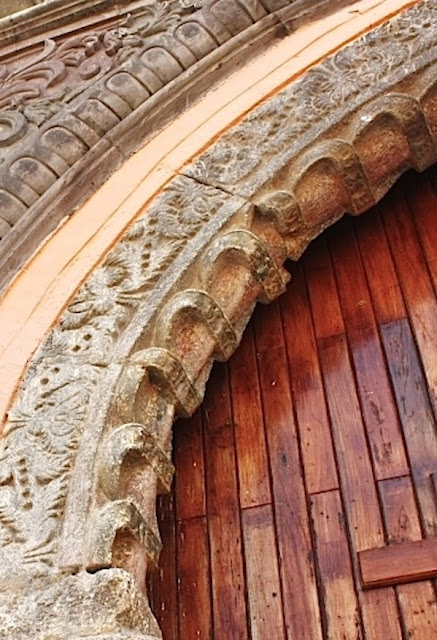 But the most unusual features of this doorway are the outsized stone spirals that line the inner face (intrados) of the arch and continue down the inner jambs of the portal.
The spirals are carved with a long inscription in Latin–no doubt a religious invocation—designed to frame spiritually as well as physically the entry to the early church.
(Unfortunately so many of the letters have eroded that the meaning of this winding text is not legible, although it might be deciphered by an expert from the few remaining passages.) 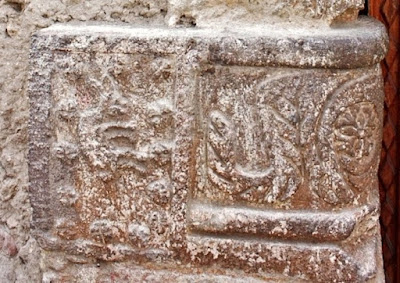 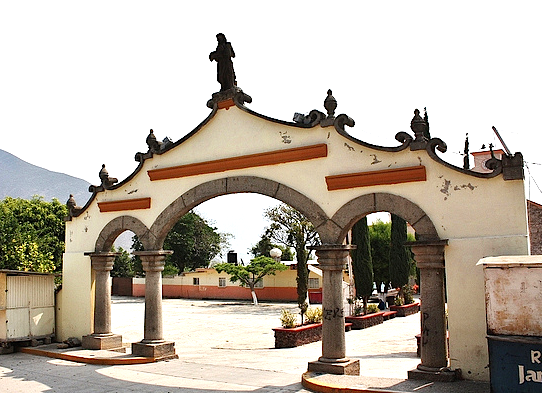