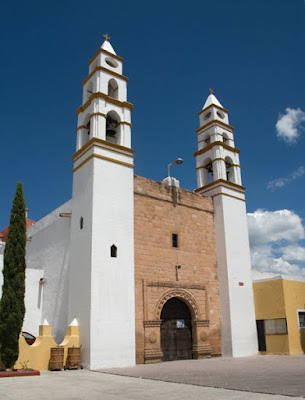 Lofty twin towers flank the facade of the imposing parish church of San Antonio in Mixquiahuala, a sizeable town on the highway between Tula and Actopan in the state of Hidalgo. 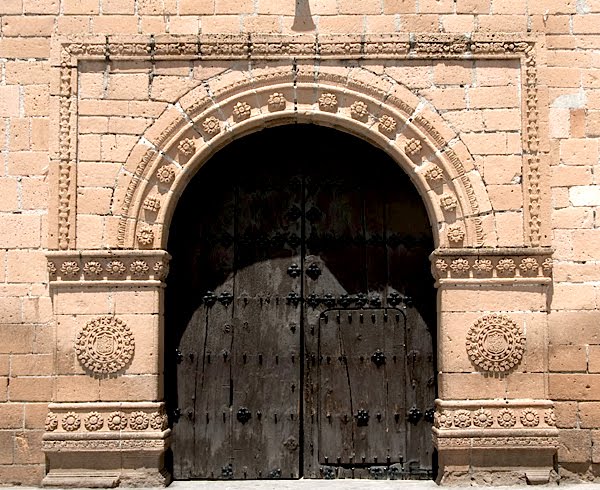 But for us the most impressive feature of the facade is its sculpted doorway. Framed in classic, early Franciscan style it boasts broad jambs firmly bordered by rows of rosettes, carved in the round top and bottom. Ornamental relief rings enclose the Franciscan symbol of the Five Wounds boldly emblazoned on either jamb.
The arch enjoys a similar ornamental treatment, and the doorway is capped by a decorative alfiz, inlaid with fleur-de-lis moldings. 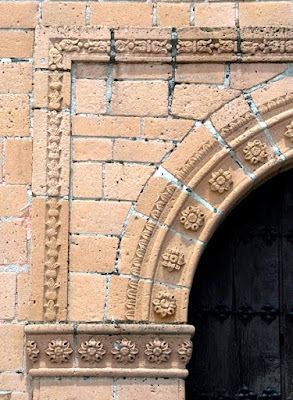 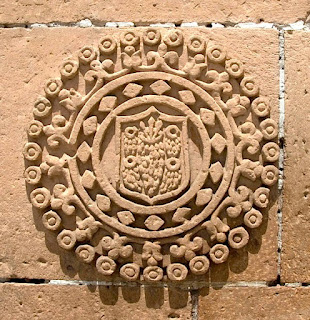 While the sharp profile of the carving suggests recent renovation, the original entry may date back to the 16th century and bears a marked resemblance to the west doorway of nearby Tlahuelilpa, another Franciscan church from this period. 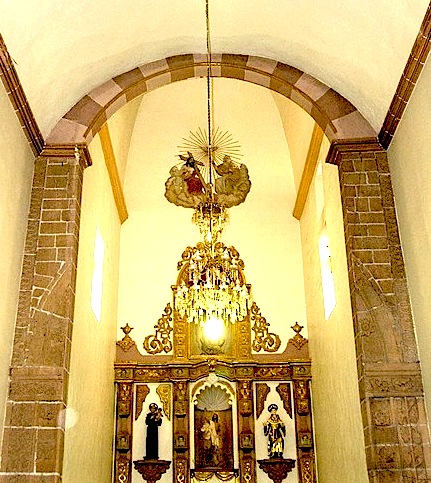 Inside the church, the original sanctuary arch—its outline much lower than today—shows a similar design treatment, with sculpted jambs, a broad archway with relief rosettes and a carved, surmounting alfiz. 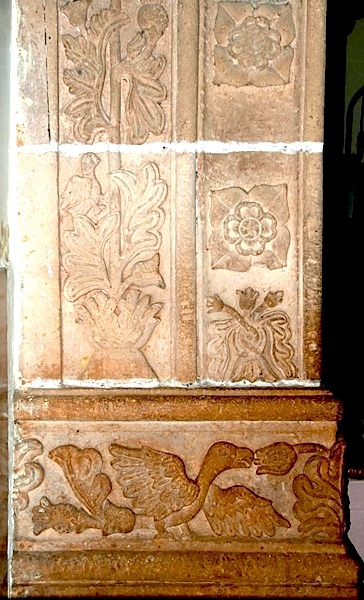 The ornamental carving is less constricted and abstract, more rooted in nature than the facade, taking a delight in exotic birds and luxuriant, albeit still stylized foliage, in the classic tequitqui manner of the 1500s.
Once again, the format is clearly related to the similarly framed sanctuary arch at Tlahuelilpa.
check out our other recent posts on exceptional colonial doorways: Tecamachalco; Yanhuitlan; Texcoco; La Casa de Montejo; Templo de Encino; Ixtacala; Tlamaco; Tepeaca;
text © 2017 Richard D. Perry
color photography by Niccolo Brooker except where noted.
Posted by Richard Perry at 1:43 PM