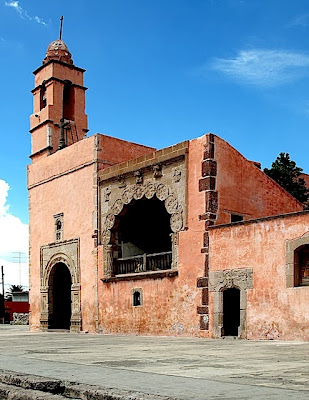 Tlahuelilpa
We continue our current series on the Hidalgo missions with the first of several posts on the diminutive mission of San Francisco Tlahuelilpa, in Hidalgo, a treasure house of extraordinary early colonial stone carving—an exuberant fusion of Gothic, Renaissance and mudéjar ornament—and one of our favorite Mexican churches.

Originally a visita of the great Franciscan monastery at Tula, the mission is built on a former pre-hispanic temple site. 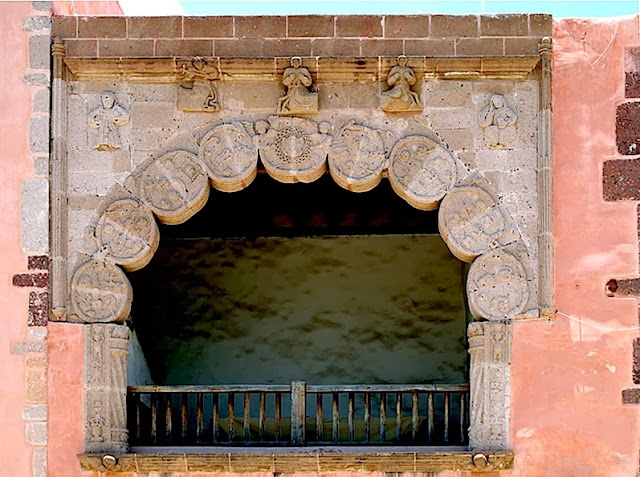 The elevated open chapel is the earliest part of the mission. Its most striking feature is its broad, scalloped arch formed by nine stone medallions, each carved with decorative foliage and framed by vine leaves.
A relief of the Franciscan emblem of the Five Wounds is emblazoned on the center medallion, encircled by a Crown of Thorns and flanked by two hovering angels.The arch is raised on pillars faced with caryatid motifs and half columns with angled fluting. 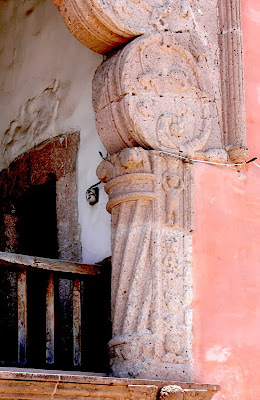 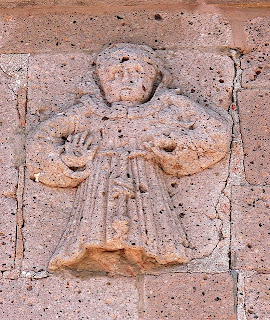 The alfiz above the arch encloses several eroded reliefs that include St Francis receiving the Stigmata and his companion, brother Leon, as well as enigmatic figures that may represent the Holy Trinity. 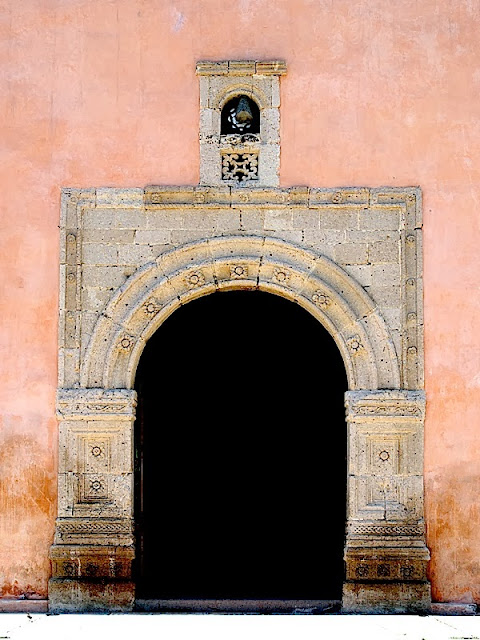 The church is narrow but tall. Its plain, rectangular facade is distinguished by the sturdy west doorway, its archway, jambs and rectangular alfiz sparsely decorated with rosette reliefs, the latter framed by a twisted Franciscan cord molding. 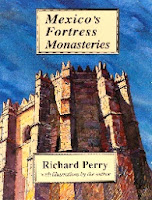 We accept no ads. If you enjoy our posts you may support our efforts


by acquiring our guidebooks on colonial Mexico
Posted by Richard Perry at 11:54 AM