Tlacolula
In an earlier post we looked at the inauguration of the newly restored colonial pipe organ at Tlacolula.
We follow up with fuller descriptions of the church and the adjacent chapel of El Señor de Tlacolula.

Originally a Dominican mission, the narrow 17th century church looks much like a hundred others in Oaxaca, with its stuccoed facade, squat, tiled towers and crenellated dome.  But it is the interior that holds the main interest for the visitor, in particular the ornate side chapel on the south side.


Known variously as La Capilla del Señor, or La Capilla de Plata (Silver Chapel), this ornate side chapel houses the venerated processional crucifix of El Señor de Tlacolula which is kept on the main altar.  Designed in the form of a Greek cross capped by a grand, octagonal dome, the interior is richly ornamented with strapwork and painted stucco reliefs.

This triumph of popular art has been compared to the Rosary Chapel at Santo Domingo de Oaxaca, a related masterpiece in the folk baroque style, and was possibly created by some of the same artisans. Saints, angels and biblical figures throng the walls, ceilings, dome and even the door frames, showing a wide range of gestures and expressions. 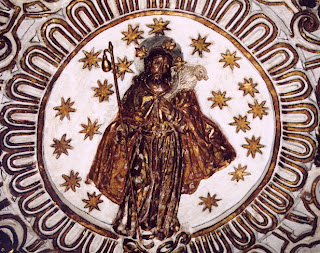 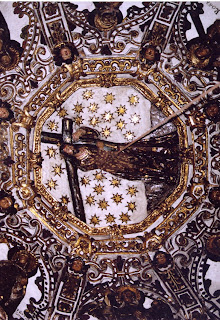 Stucco reliefs, of varying themes and quality, are exuberantly carved and painted in red, white and gold. Statues of saints include the decapitated figures of John the Baptist (left) and San Dionisio (right), both stoically holding their severed heads.

The sculpture on the chapel altars is generally more refined. A tender Deposition tableau beside the main altar and the melancholy figure of El Cristo de La Paciencia in the east transept may be the work of Andrés de Zárate, the noted sculptor from nearby Huayapam, who is known to have worked here. 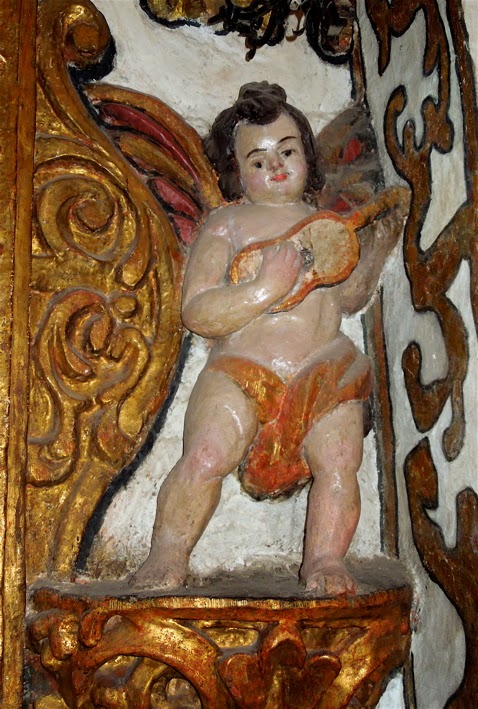 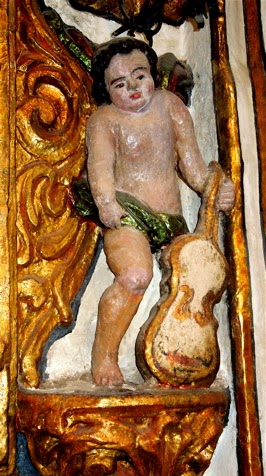 One of the minor gems in the chapel is a sequence of folkloric statues of musical angels along the nave. Although many have lost their instruments, all retain their charm. 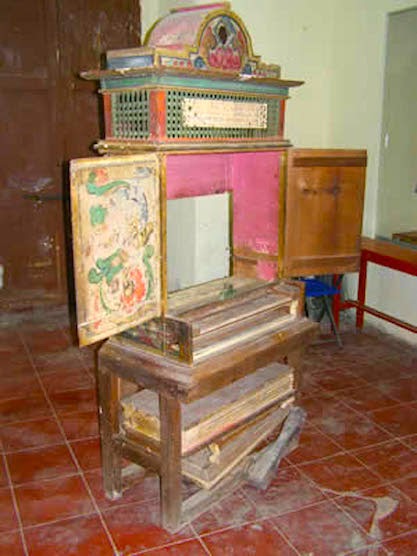 One other item of interest is the painted table organ, now stored in a room off the cloister, which was designed specifically for this chapel.
text © 2005 and 2014 Richard D. Perry
Color images by the author and courtesy of IOHIO, Richard Stracke and Felipe Falcón.

Posted by Richard Perry at 4:35 PM