San Antonio de Padilla was founded in 1749 by José de Escandón, the Count of Sierra Gorda and a ruthless Spanish colonizer who was the founder and first governor of the large gulf colony of Nuevo Santander (including much of present day Tamaulipas). The town was named for Maria Padilla, the wife of Juan Francisco de Güemes, then the viceroy of New Spain.
Padilla is where the Mexican liberator and Emperor Agustín de Iturbide was executed by a firing squad. 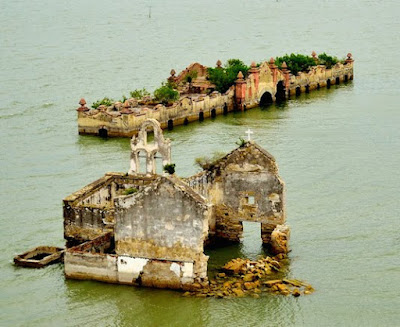 In 1970 the town and its church of San Antonio were inundated by the waters of a new dam, the Presa Vicente Guerrero. Inhabitants were removed to the new town of Nueva Padilla, established beside the lake.
The deteriorating shells of the abandoned 18th century buildings can still be seen projecting above the lake surface. 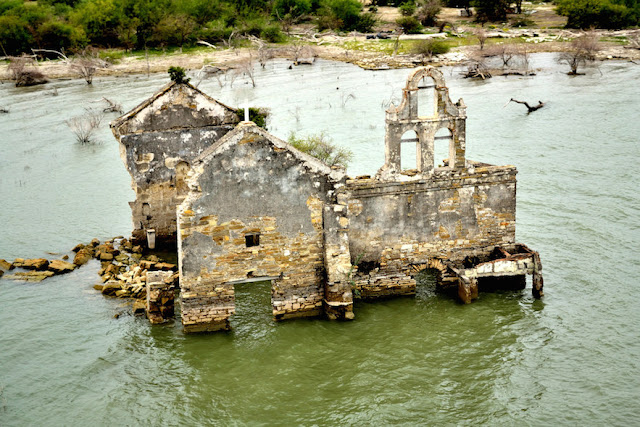