Following our previous post we report on another colonial gem in the state of Veracruz: 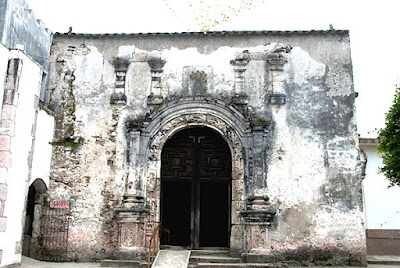 Located in a mountainous region of Veracruz just across the state line from Puebla, Jalacingo was reputedly founded as early as 1545 by Fray Francisco del Toral, the famous Franciscan bishop of Yucatán.
His original mission church of San Francisco was until recently abandoned and in ruins. However, the modest church front retains an elegant carved doorway of unusual quality. 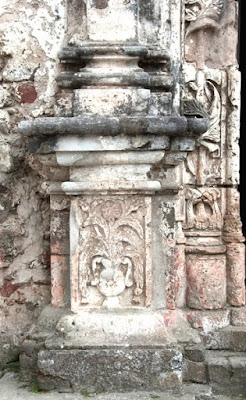 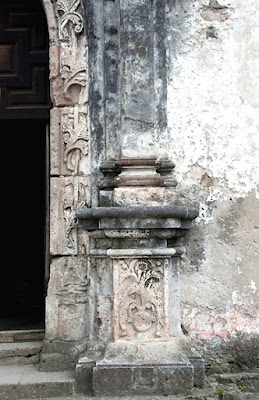 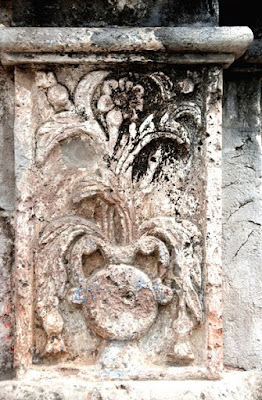 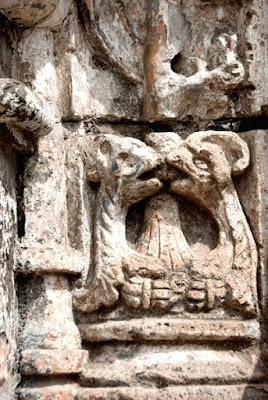 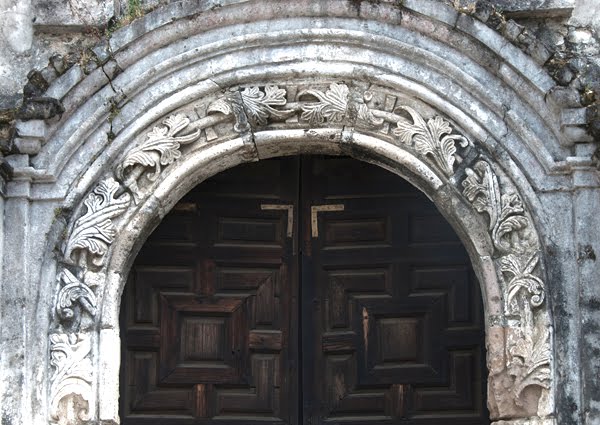 Remarkably, the molded doorframe arches high above the enclosing pilasters, and is carved all around with a vine motif that springs from a two headed serpent at the base.
Unlike many other early vine reliefs that feature winding stems with flowers, grapes and birds, this sterner version deploys a single straight stem, sinuously wrapped with outsize acanthus like leaves skilfully sculpted in the round—indicating a quite sophisticated hand. 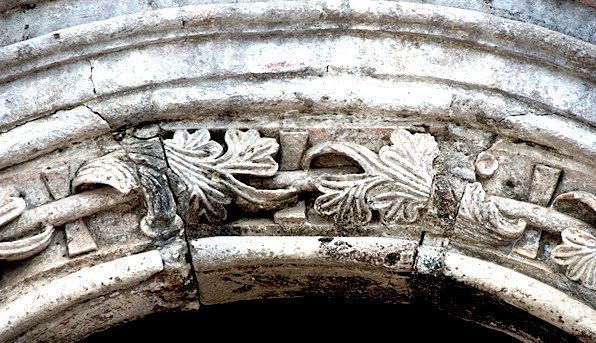 The doorway and facade are also unusual in that no Franciscan symbols or insignia appear.  Traces of blue paint suggest that the entire doorway was brightly colored at one time.
text © 2018 Richard D. Perry
color images © Niccolò Brooker, who brought this "hidden gem" to our attention.