For our customary seasonal post on the day of the Three Kings (Los Reyes Magos) we return to the city of Oaxaca*, to the church of La Soledad. 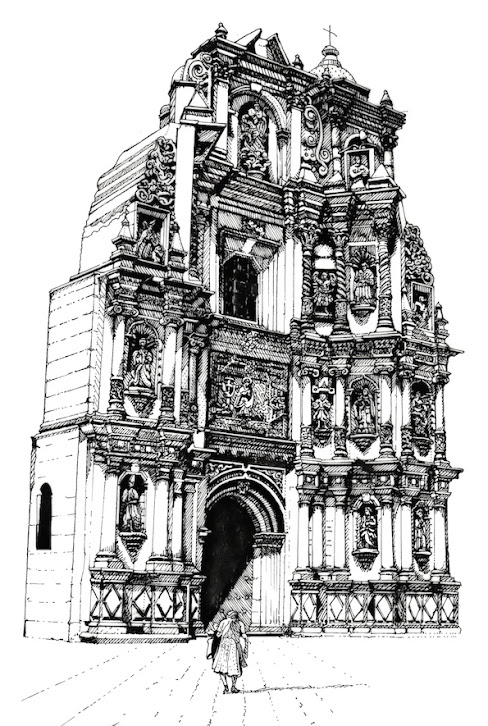 As one of the major colonial monuments in the city, this unique church front was designed by the Oaxacan architect and sculptor Tomás de Sigüenza and finished about 1719. Called a “picture book in stone,” the facade projects like a giant folding screen from the church front, its powerful buttresses spread outwards like wings from the recessed center pavilion. The entire facade is boldly carved with tiers of columns and sculpture niches that increase in ornament but diminish in scale as they go up.
Famous for the high quality of its stone carving and statuary, the facade also shows imaginative diversity in its framed openings—round, pointed, square and polygonal. Like San Agustín, Santo Domingo and the cathedral, La Soledad proved a decisive influence on subsequent city buildings. 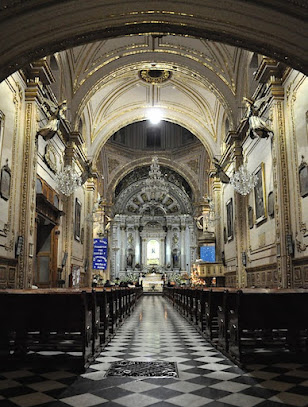 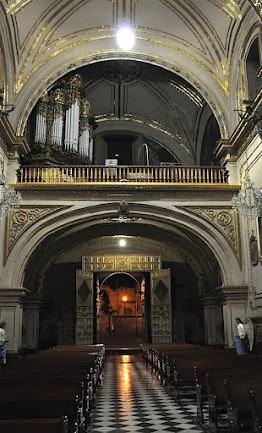 La Soledad. the nave East;                                     West
The Interior
Low, ribbed domes outlined in gold cover the elegant nave, while painted and gilded vaults soar above the apse and choir, all densely carved with ornamental relief figures, foliage, scrolls and strapwork in the Pueblan style. An early pipe organ rests in the choir loft.

A number of large colonial paintings hang in the nave, including scenes from Christ’s Passion. 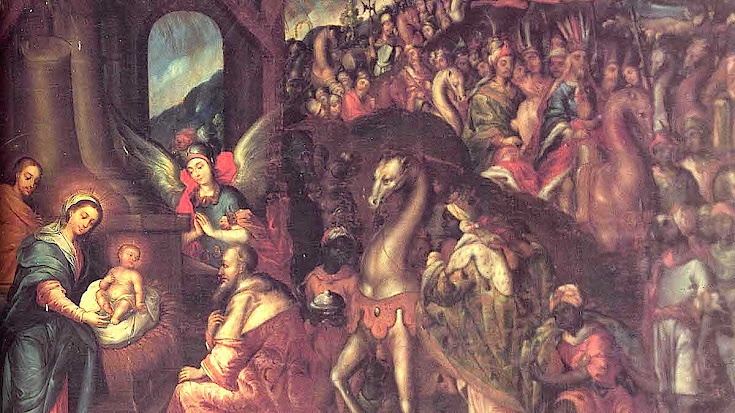 The special focus of this post is the Nativity with the Three Kings signed by the noted early 18th century Oaxacan artist Isidro de Castro. This crowded canvas shows an angel hovering above the Holy Family to the left, with the Three Kings and their retinues to the right.
The black king Melchior clad in an ermine trimmed cloak dismounts from his horse to their immediate right aided by his servants, both black, one of whom holds his gift. Behind them the other two kings sit on their horses—fantastic animals with arching elongated necks. The leading royal wears a plumed headdress in indigenous style.
No guiding star is visible, as was shown for this event in many colonial paintings.
Text ©Richard D. Perry 2007/2022
Graphic © the author
Color photography by the author and from online sources.
* Aficionados may be interested in a beautiful modern house currently for rent in a select suburb of Oaxaca City. For longer term rental only.
Contact the owner at: cwinteroax@gmail.com
Posted by Richard Perry at 9:03 AM