In a previous post we looked at the colonial church in Pilcaya, Guerrero. In this post we visit another church in that state, that of Asunción Ixcateopan, a center of controversy in that it was the purported last resting place of Cuautemoc, the last Aztec leader. 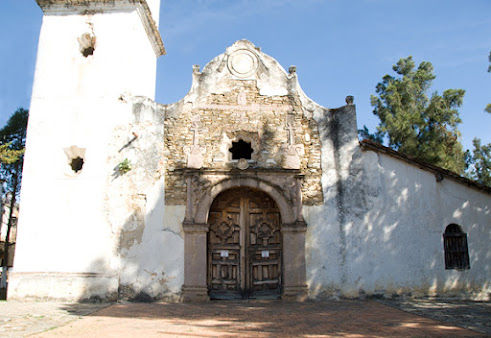 The present church clearly dates much later, in late 1600s to judge from its architecture and ornament. The broad single nave church is fronted by a stuccoed facade faced with numerous reliefs, and flanked by a lofty two tier bell tower. 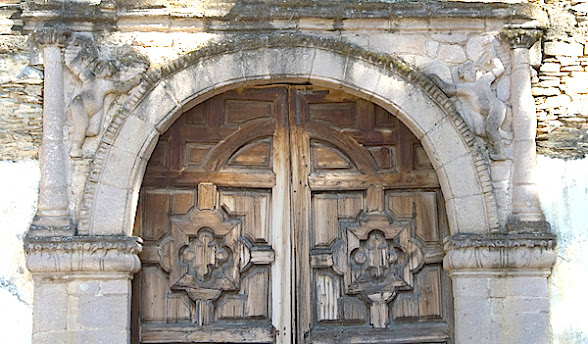 The imposing west doorway is framed by an alfiz of lateral half columns with relief figures in motion in the spandrels. 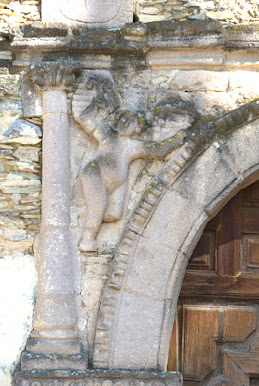 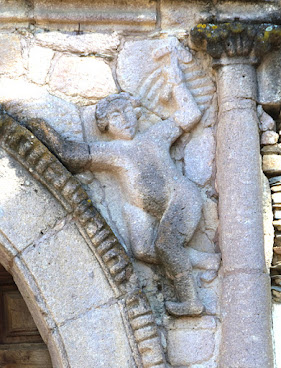 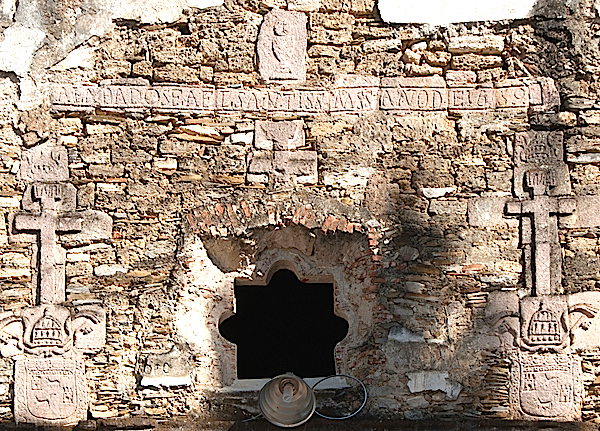 Other carvings on the facade prominently include paired cross reliefs atop a miter with the crossed keys of St Peter and crudely incised escudos with the quartered lions and castles of the Spanish monarchy. 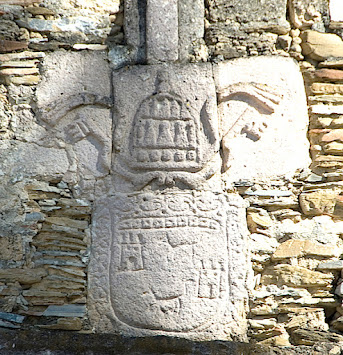 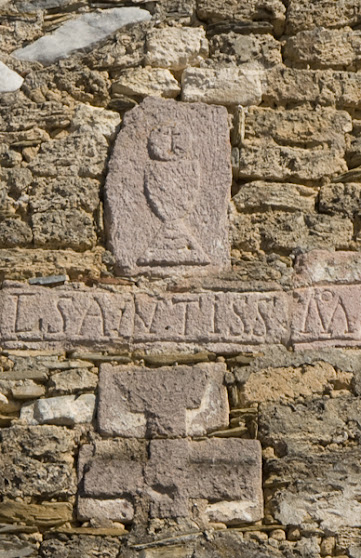 An inscription dated 1659 runs across the church front below the gable, in praise of the holy sacrament, which is illustrated in a relief overhead. 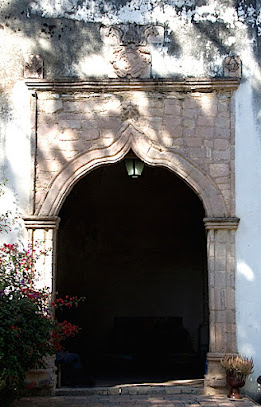 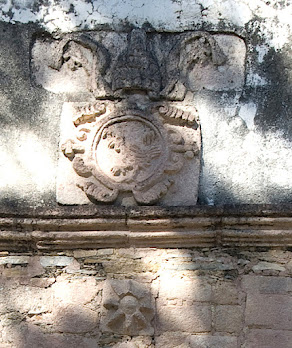 The papal miter reappears above the pointed arch of the lateral (south) doorway, this time in association with the Mexican? eagle 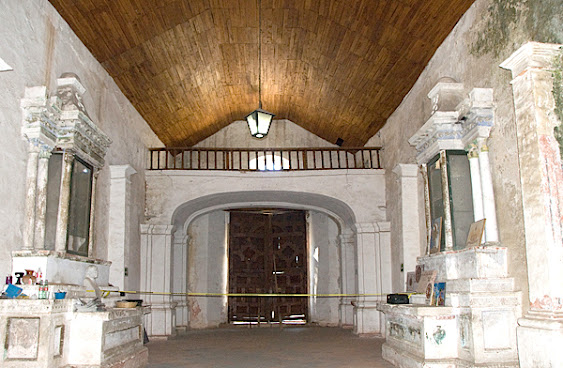 While the nave is covered by a beamed wooden ceiling, the sanctuary is contained within a narrow, stone vaulted apse—possibly the site of an earlier open chapel. 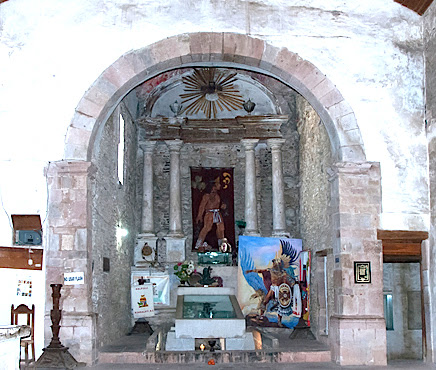 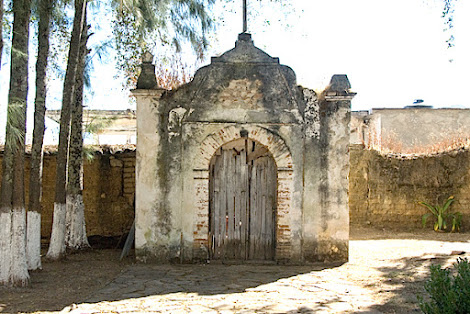 This may have been linked with a separate standing structure in the north east corner of the churchyard that was at one time a posa chapel.
text © 2022 Richard D. Perry
photography by Niccolo Brooker with appreciation.
Posted by Richard Perry at 3:22 PM