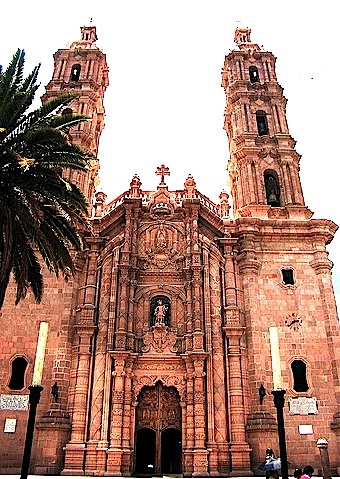 San Luis Potosi is home to several late colonial buildings that relate to the neostyle movement, but with an exotic regional flavor some have termed the potosino style.

Chief among these is the imposing Basilica of Guadalupe. The present church replaced a more humble early shrine to the Virgin in the city, and was built to a new design attributed to the Spanish architect and treasury official Felipe Cleere.  (Cleere had previously designed the Caja Real here—the Royal Treasury building, now El Palacio del Gobierno)
Although the foundation stone was laid in 1772, the church was not dedicated until 1800.
Aside from its esoteric iconography and its possible political import, the design of the facade embraces many of the tenets of the neostyle movement, primarily through the eclectic use of columns and pilasters of varying styles and ornament—moorish, Plateresque, neoclassical, rococo, etc—and its mixing of Baroque and classical framing patterns. 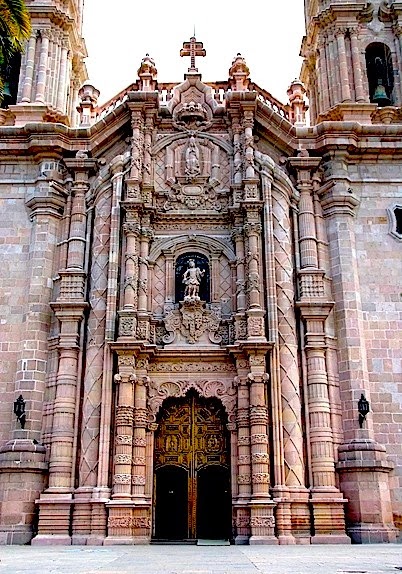 Flanked by polygonal outer pilasters and rusticated, Doric half columns, the facade bulges out to embrace the elaborate center pavilion, whose three tiers are emphatically framed by stepped columns of different classical orders: Ionic ringed with carved foliage below, and Corinthian festooned with decorative swags in the upper tiers. 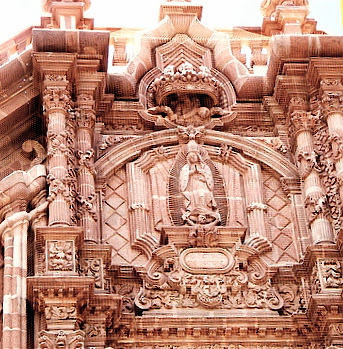 Descending from a relief of God the Father at the top, currently obscured by a projecting crown, the statue of the Virgin of Guadalupe is elaborately staged in a layered, eared frame atop multiple scrolls. 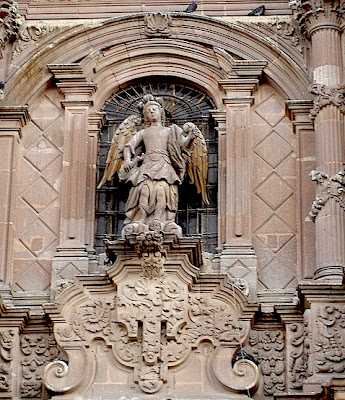 On the tier below, a statue of the Archangel Michael is mounted in front of the choir window, whose pedimented classical frame rests on an ornamental relief, again dripping with shells, lambrequins and scrolls. 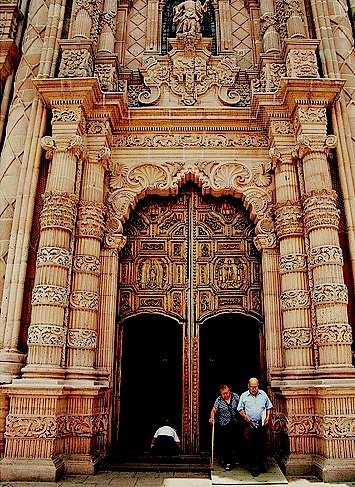 The Moorish inspired west doorway is capped by an arch of rococo shells and scrollwork. 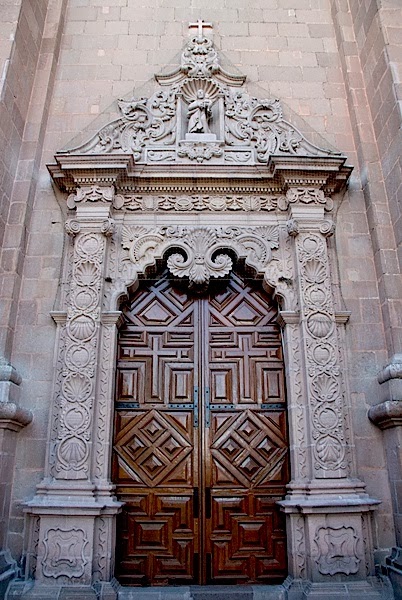 text © 2014 Richard D. Perry
images by Niccolo Brooker and others
Posted by Richard Perry at 12:42 PM