Funded, like Santa Prisca de Taxco, by the mining mogul José de Borda, the rebuilt church front of Santiago Tianguistenco near Toluca, west of Mexico City, fits well into the neóstilo tradition.
The designer is thought to have been the aristocratic Ildefonso de Iniesta Bejarano y Durán, a close associate of the Taxco architect Cayetano José de Sigúenza, although it is distinct from his exquisite but more conventional barroco estípite facades at San Felipe Neri (DF) and Tepotzotlan. 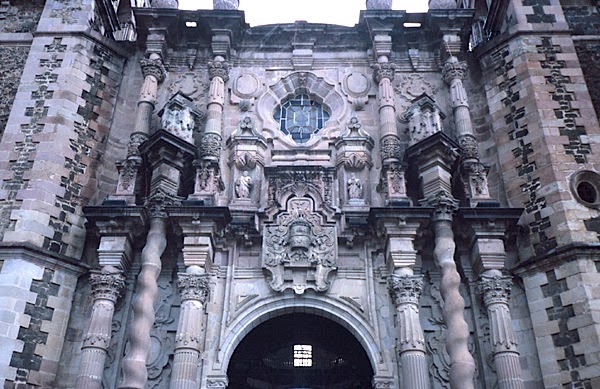 Recessed between stolid towers of later date, the central section of the facade follows the late baroque pattern, opening up above a broad, arched doorway to showcase an elaborate relief of the papal arms and the layered, moorish style choir window above.
But it is the lateral columns that display the signature neóstilo variety of forms. 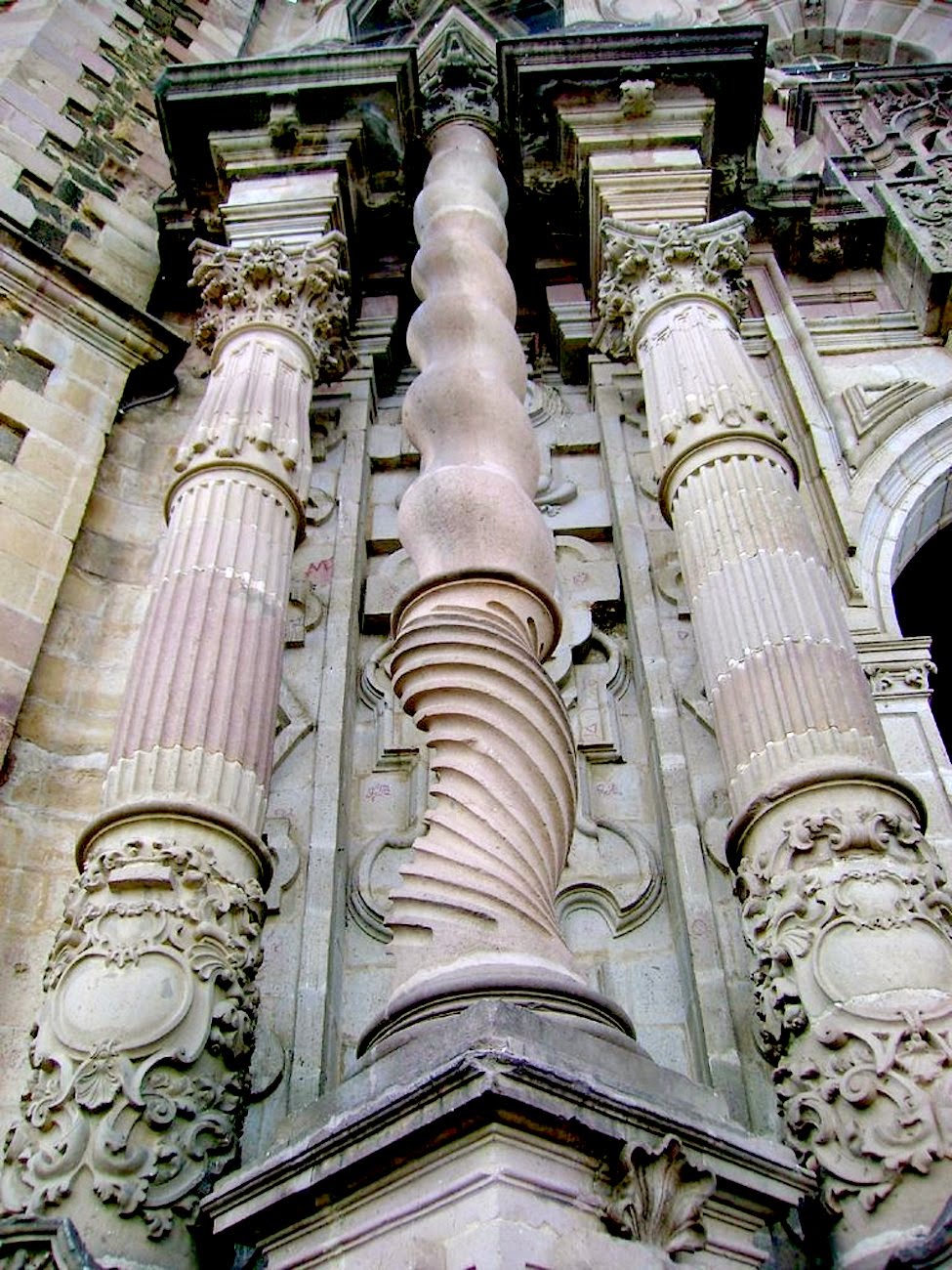 Freestanding like those of the Querétaro cathedral, pairs of tritostyle baluster columns with rococo ornament and full Corinthian capitals frame the center facade on both tiers.

Between them wildly spiraling columns sprout from the lower level, pushing half way through to the next level and headed by capitals with exaggerated entablatures that, like the bases, project obliquely and are crowned by cascading lambrequin reliefs.
All these unorthodox supports are set against a background of geometrical, neo Mannerist reliefs and oval cartouches to quite exotic effect. 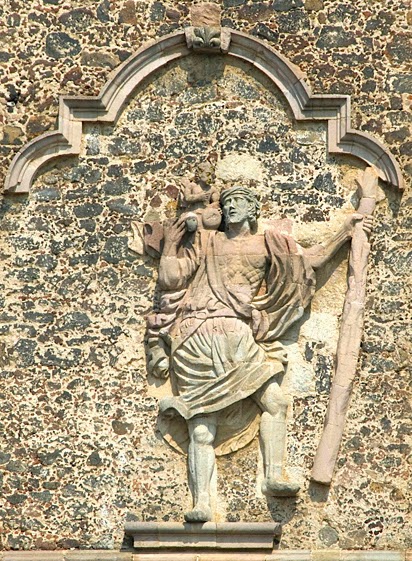 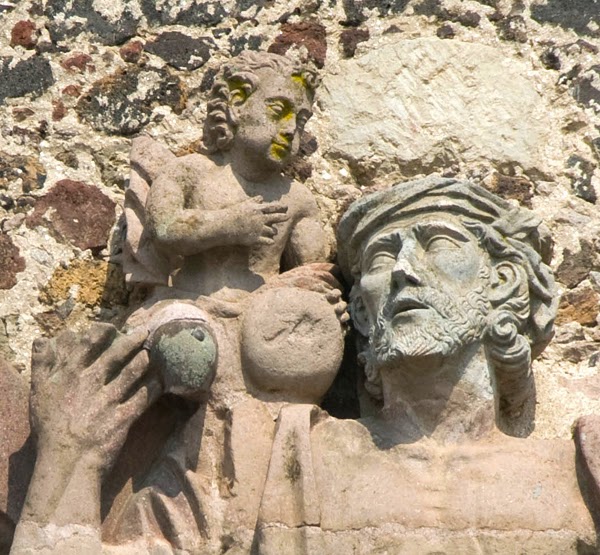 Another feature of interest at Tianguistenco is the relief of St. Christopher on the face of the north tower (the relief on the south tower is modern, as is the tower itself) probably late colonial, although much restored

details on the complex iconography of the facade
Posted by Richard Perry at 7:36 PM