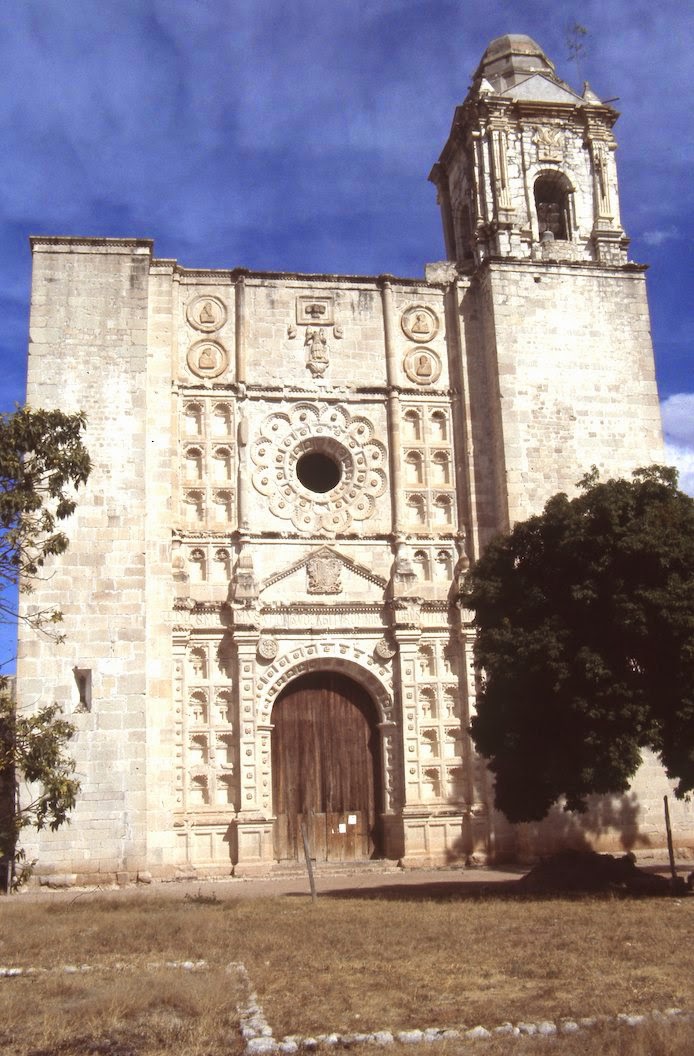 The West Front
While it is clearly related to the north portal, the west front is more assertively classical.
Based on the designs of the Renaissance architect Sebastiano Serlio, the bold forms and imagery of this facade create dramatic visual power, especially when thrown into sharp relief by the intense highland sunlight of the Mixteca Alta. 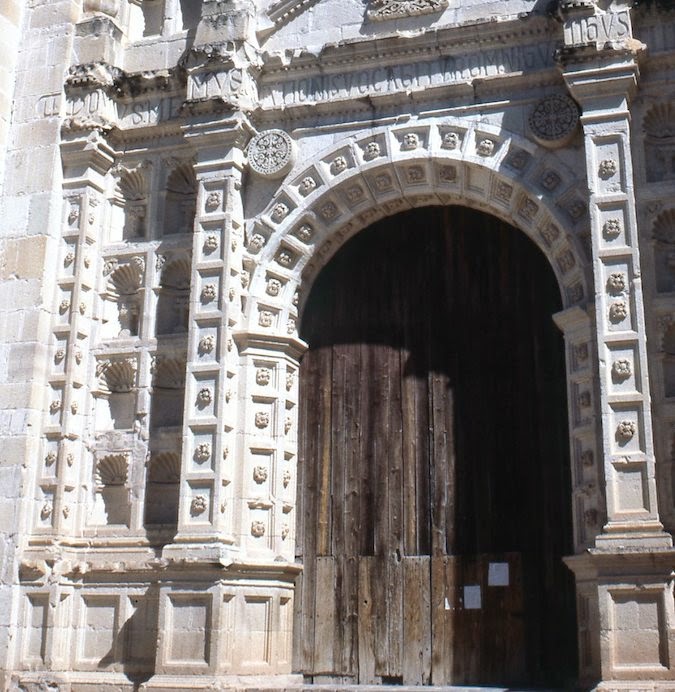 A coffered archway and pilasters, richly embossed with rosettes, frame the imposing doorway.  Dominican insignia again project from the spandrels and the Latin inscription on the frieze: "My house shall be called a house of prayer among all peoples," is dated 1576 and may commemorate the dedication of the church. 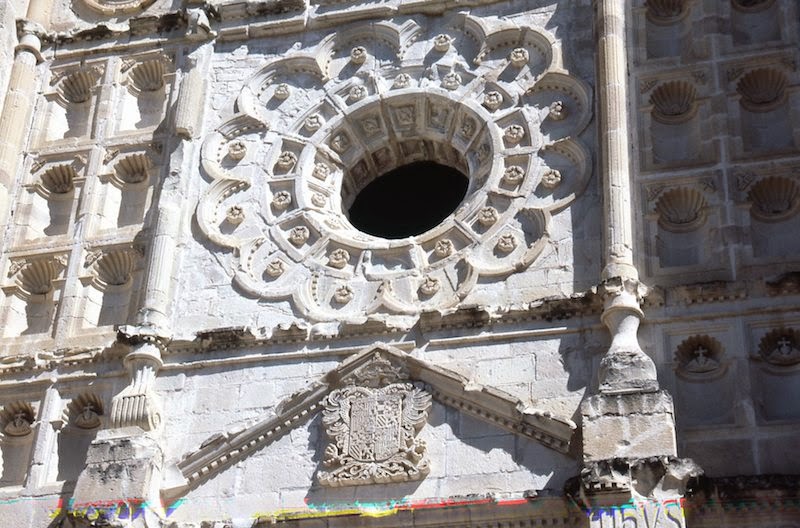 The triangular pediment above the doorway encloses a complex bas-relief of the Spanish imperial coat-of-arms, framed by a two-headed Hapsburg eagle that recalls in its form the entwined snakes of the open chapel—one of the finest pieces of tequitqui sculpture in Mexico. 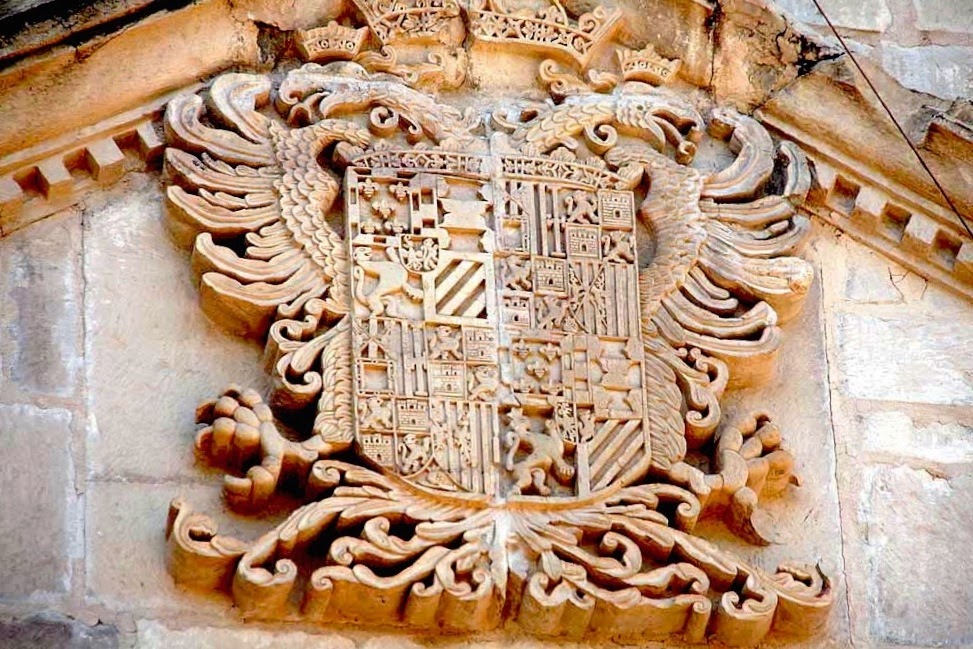 The rose window overhead is virtually identical to that of the north portal, separated by slender colonnettes from the massed tiers of shell niches that extend upwards on both sides of the facade. Each niche is carved with winged cherubs and some contain knotty tree crosses, greatly adding to the texture of the facade. 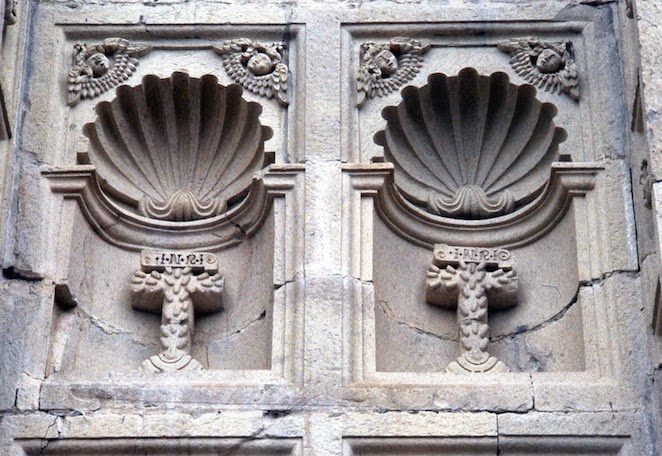 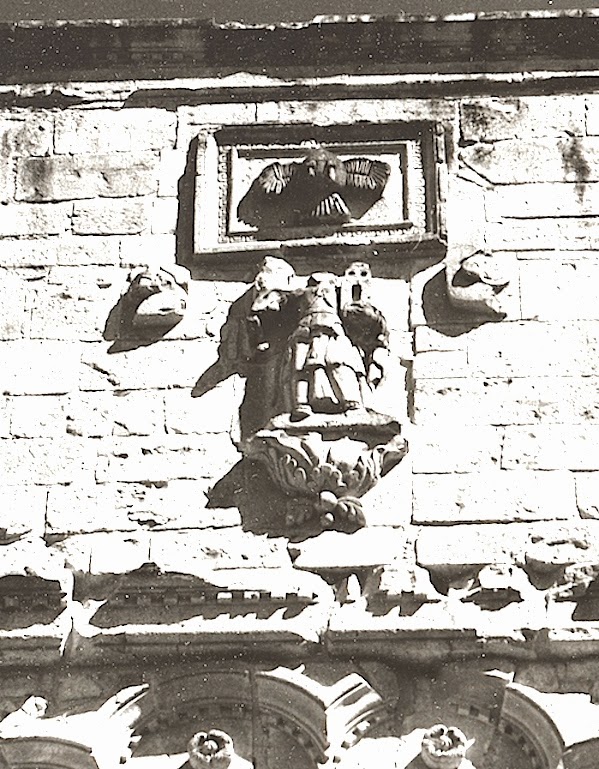 The identity of the headless statue above the rose window was traditionally thought to be St. Dominic holding up the church or even an archangel. However, the figure may in fact represent St Barbara, a substitute for an earlier statue—possibly a lost statue of Christ—whose presence there would better account for the busts of the Four Evangelists looking inward from the adjacent medallions.

Above the statue soars the eagle like dove of the Holy Spirit, now also headless. 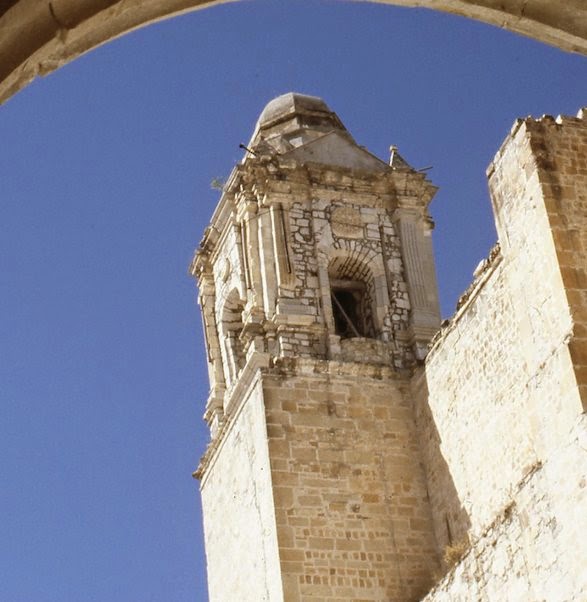 The single-stage south tower, much repaired, is typically Oaxacan, ornamented with a tiled cupola and applied pilasters in folk Ionic style.