In our classic 1992 guidebook, Mexico's Fortress Monasteries, we described the major 16th century monasteries in central Mexico and Oaxaca. Our entries were illustrated with line drawings which could not do full justice to the variety of architectural, artistic and especially the colorful arts of these early monuments.
For our new series we revisit many of these colonial complexes, updating the information and adding color images, some recently taken and others chosen from our newly scanned slide archive.
In an earlier group of blog posts we looked at the celebrated Dominican priory of Yanhuitlan in Oaxaca, and more recently the Augustinian church at Yecapixtla.
Next in this series we feature the great priory at Coixtlahuaca, the earliest, the most complete and the least altered of the great 16th century Dominican foundations in the Mixteca Alta region of Oaxaca. In the following posts we will look at its history and illustrate its numerous salient artistic features. 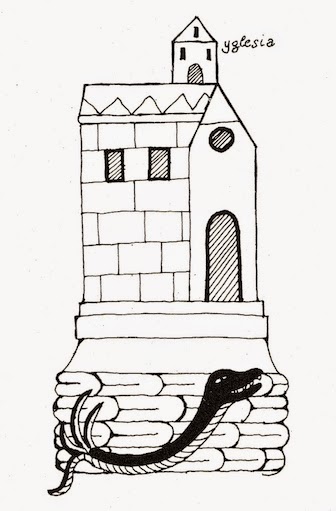 Now a sparsely populated village, in prehispanic times Coixtlahuaca was an important religious center. According to tradition, and as Coixtlahuaca's place name suggests, this was the site of a celebrated temple devoted either to Quetzalcoatl, the Plumed Serpent, or the regional motif of Entwined Serpents.
When the Dominicans arrived here in the 1540s, they appropriated the ancient site for their new monastic complex. Fray Antonio de Serna and Fray Francisco Marin, the architects of Yanhuitlan, drew up the plans and by the end of the decade construction was under way.
The buildings were completed by 1570 with the help of a team of skilled artisans. A major legacy of this unique heritage is the fine stonework throughout the priory, a unique assemblage of tequitqui carving by indigenous masons led by one Tomás Ramírez—one of a handful of 16th century native stone carvers whose name has come down to us. 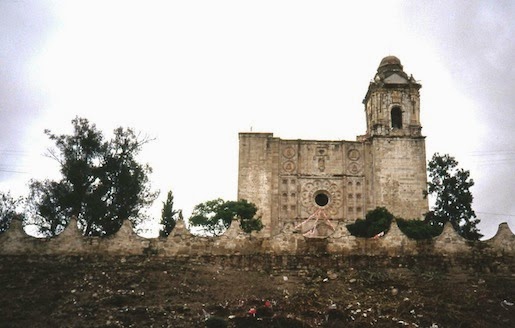 The complex stands apart from the village atop the former temple platform. The monastery buildings are grouped together at the south end of an elongated walled atrium, which was laboriously built up on its western side.