The Open Chapel
Approached via a sandy, tree-lined pathway that cuts across the atrium from the northern gateway, the first structure encountered at Coixtlahuaca is the dramatic open chapel (#1 on plan). 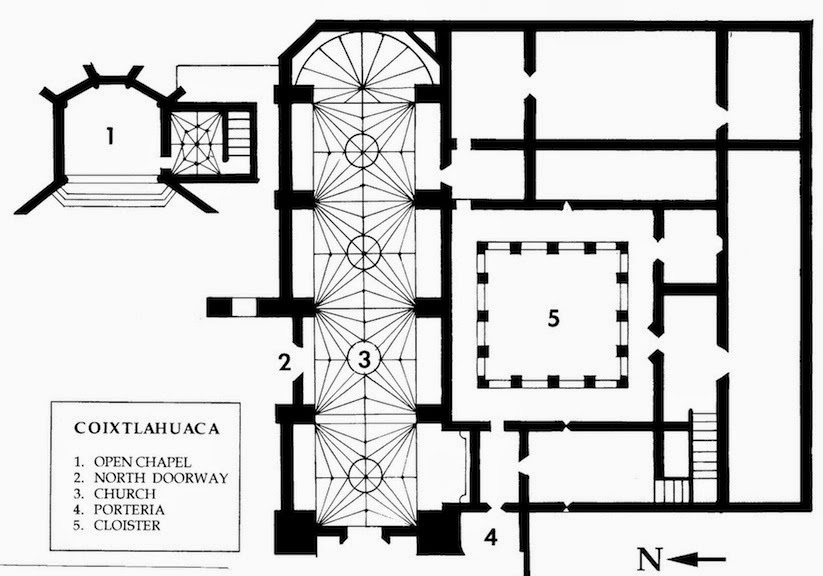 Built in 1546, the chapel is the earliest part of the monastery—a predecessor of its more elaborate cousin at Teposcolula. Raised on its own separate platform, the chapel is set back from the north side of the church,and comprises an elaborate vaulted sanctuary and adjacent sacristy.
A broad archway frames the chapel front like a proscenium, creating a stage for religious ceremonies and outdoor masses.
As at neighboring Teposcolula, the chapel is braced in front by flared buttresses. The graceful arches and fluted columns that support these buttresses have recently been been opened and cleared of later rough masonry so that the original soaring effect can now be admired once more. 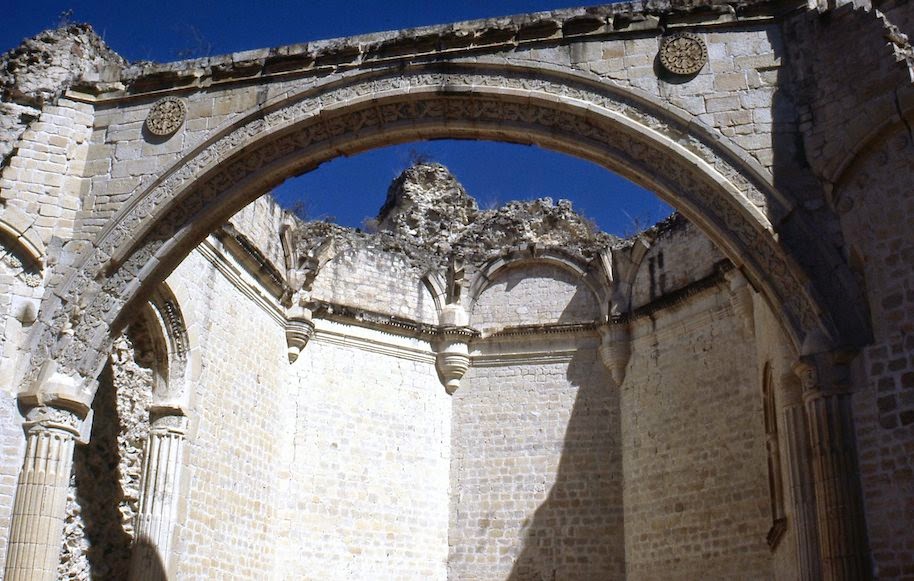 Likewise, the lofty lateral archways have been infilled and the majestic polygonal vault that once crowned the sanctuary has also fallen, its jagged ribs now silhouetted against the open sky.
The ribbed vault in the adjacent sacristy still survives, which gives some idea of the original chapel roof (see below)

The Archway
Although the outward form derives from classical architecture, curving bands around and under the archway repeat a chain-like motif that combines pre-hispanic and Christian elements.
Rendered in tequitqui style—sharply undercut bas relief—it creates a powerful indigenous effect. 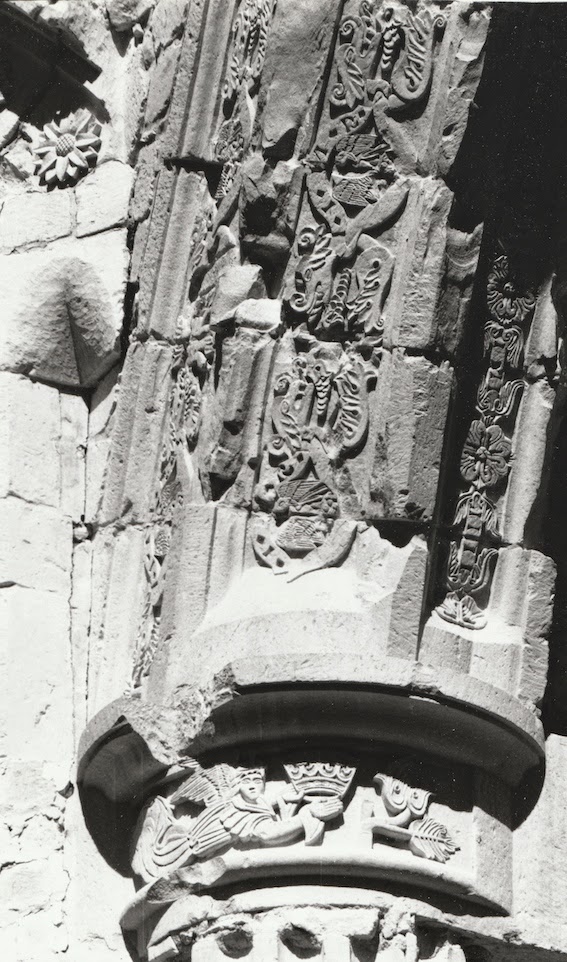 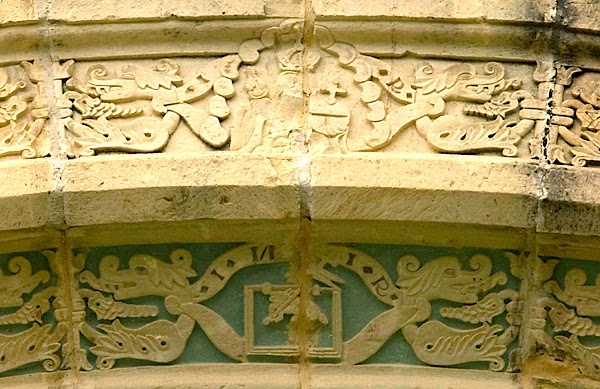 Reliefs of the Lamb of God and God the Father are carved on the head of the arch. 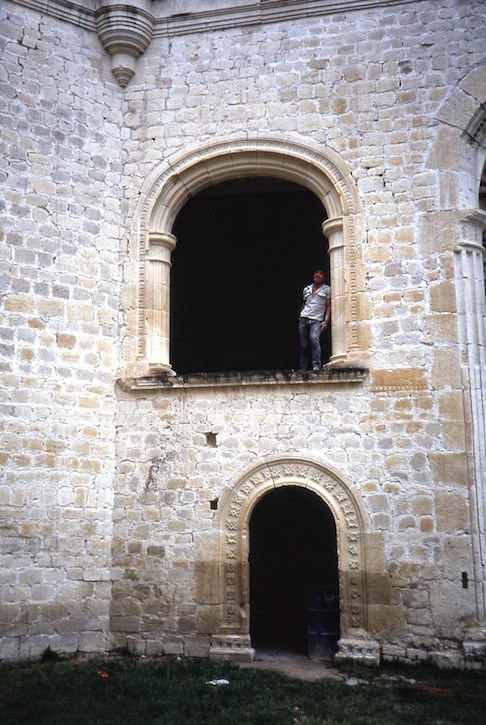 The Sacristy
A low, rosette studded doorway on its south side links the chapel to its own vaulted sacristy, from which a sculpted, flattened archway gave access to the elevated choir loft at the rear of the chapel, now vanished.
The sacristy vault, however, remains intact, giving an indication of the appearance, albeit on a more limited scale, of the original chapel roof.
While the overt iconography of the open chapel refers to the Christian symbols, its interposed indigenous imagery and style would certainly have invoked the sacred power of the former temple site, creating a special resonance for the new native converts, whether the friars were fully aware of it or not.