In our previous post we focused on damage to some of the better known colonial buildings in the valley of Mexico.  Here we look at two badly hit churches in lesser known communities of the region, both on the eastern side of Mexico State (EDOMEX)
Located on the lower slopes of the volcano Popocatépetl—which has shown renewed activity since the 9/19 temblor—Tepetlizpa (On the Face of the Mountain) lies close to the Morelos state line and has several churches at risk.
We focus here on the handsome, red painted church of San Esteban, whose soaring tower was a victim of the 'quake, crashing to the ground and taking part of the massive facade with it. 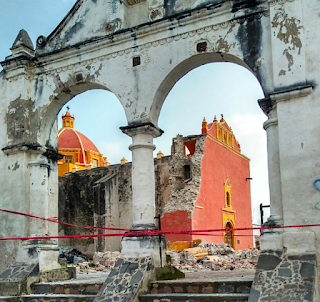 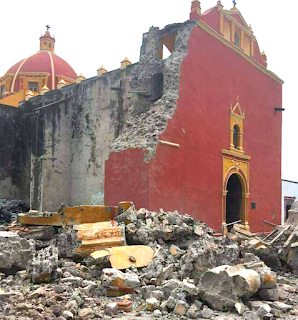 Due north, located near the ancient metropolis of Teotihuacan, the village church of San Lorenzo Tlalmimilolpan (Where the Land Slides) also suffered severe cracks to its facade and, more seriously, the nave vault collapsed. 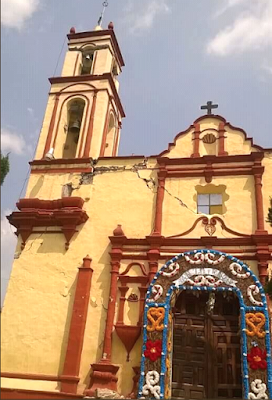 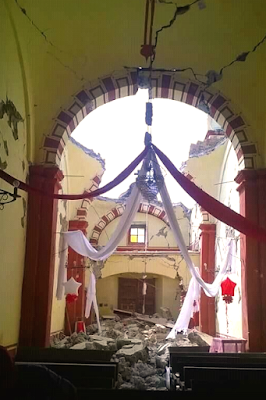 text © 2017 Richard D. Perry. images from online sources.
thanks to Felipe Falcón who drew these to our attention.