We interrupt our scheduled posts to bring you information on earthquake damage to colonial monuments in Mexico, as it becomes available, with pictures if possible.  Please check again in for further updates.
Colonial monuments in Mexico City (CDMX) and the state (EDOMEX) seem to have survived the 'quake better than in neighboring Puebla and Morelos. But widespread damage has been reported. 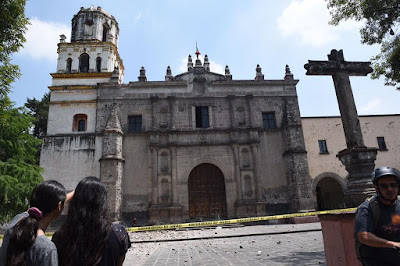 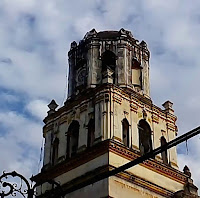 The great monastery at San Juan Coyoacán sustained relatively minor damage due to falling masonry from the corner tower. 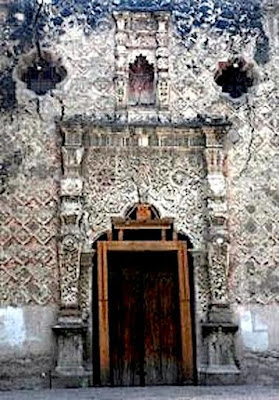 The recently restored front of the historic nearby chapel of La Conchita shows new cracks. 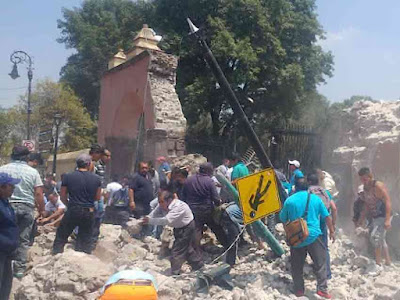 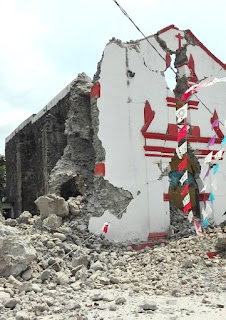 The old gateway at San Bernardino Xochimilco collapsed. The monastery church itself appears intact, although others in the area have not been so lucky. 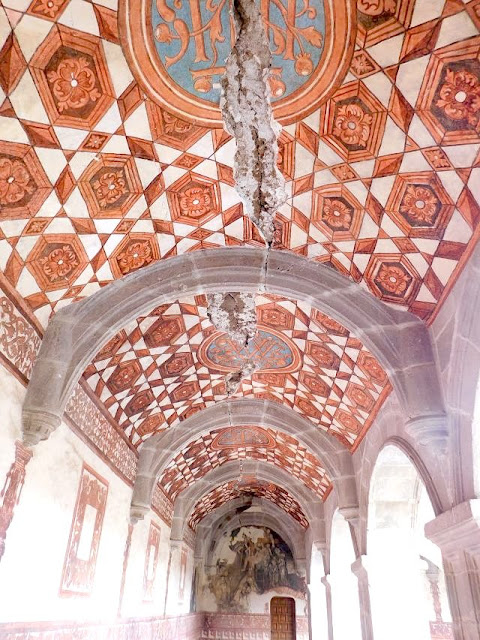 Large cracks have appeared in the painted cloister of the Augustinian priory of El Salvador Malinalco, and damage is reported in the museum there, as well as in numerous barrio chapels including San Juan, Santa Mónica, la Soledad, San Andrés, San Nicolás, Santa Maria and San Martin.
The belfry of the venerable church of Asuncion Milpa Alta collapsed, taking its bell with it. No word on interior damage.
The parish church of San Pedro & San Pablo in Ecatzingo largely collapsed. 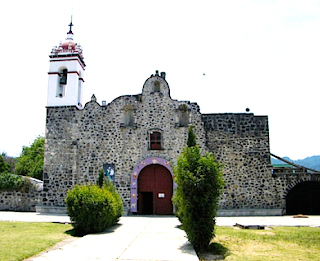 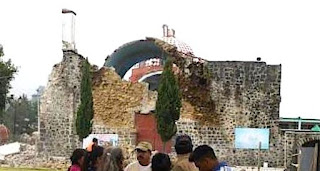 San Pedro & San Pablo Ecatzingo, before and after the quake 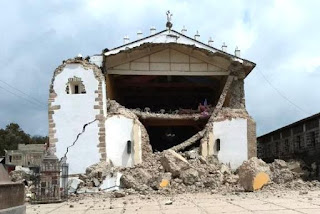 And the churches and chapels of Ocuilan sustained even greater damage: 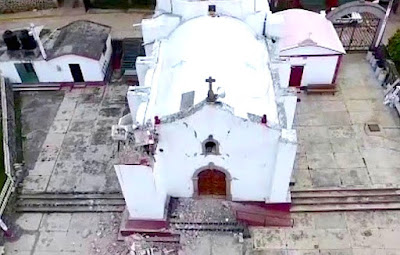