We continue our updates on Morelos with a visit to the early Augustinian priory church and convento of Jonacatepec. 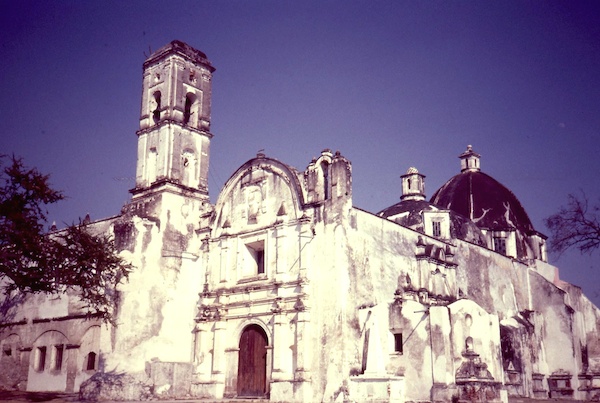 In the year 1558, the temple and convento of the town of Jonacatepec, "Onion Hill," were founded by Augustinians Fray Jerónimo de San Esteban and Fr Jorge de Avila, who are buried under the altar of the church. The main feature of the complex is its vast atrium, the largest in Morelos.

The convento as it stands was built in the 1560s and displays distinctive features. First, it is fronted by an arcaded porteria still blocked by later masonry. The larger center archway of the triple arcade formerly gave access to an open chapel, now subsumed into an enclosed side chapel. 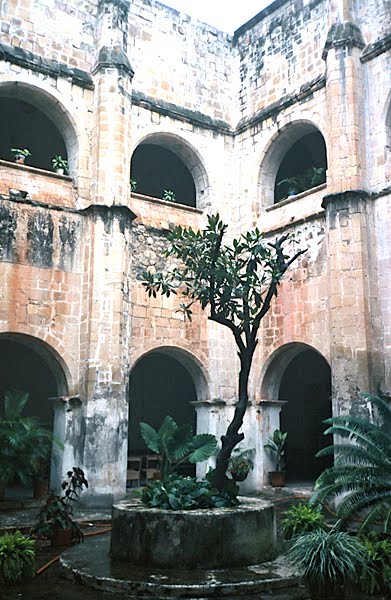 The two story cloister of this convent is well-preserved, if a little battered, even to the survival of some inscribed medallions installed below the roof lines in Augustinian fashion. Again, the triple arcades on each side are braced by elongated prow buttresses that boldly extend through both levels almost to the roofline.
No early murals survive. 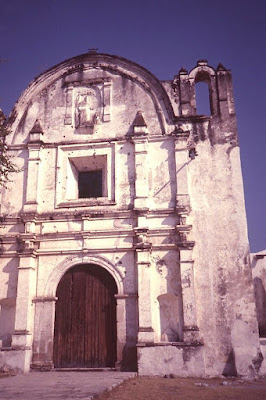 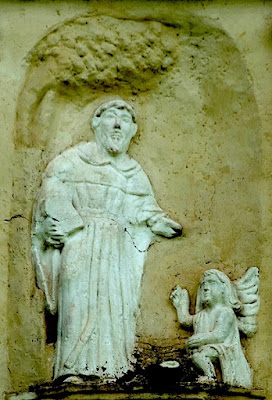 The present priory church of San Agustín is much later and dates from the 1700s. Its rustic retablo style facade is of note mainly for its sculpted relief of the patron St Augustine in the gable niche. 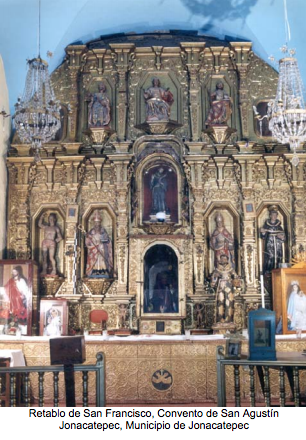 Most of the church furnishings were replaced by neoclassical altars, with the exception of this retablo in late baroque style possibly attributable to noted regional sculptor/designer Higinio Lopez. 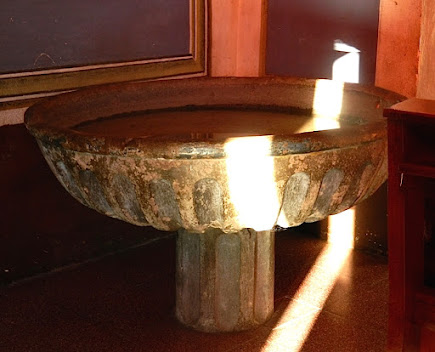 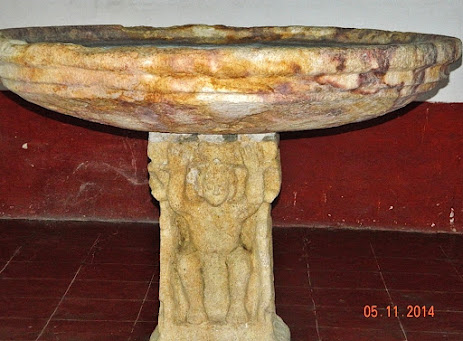 church baptistry font
However, two early monolithic stone baptismal fonts remain, one in the church and the other in former open chapel.
The church sustained fairly minimal damage to its domes and belfry during the 2017 earthquake, which is being currently addressed.