In previous posts we have documented the earthquake damage sustained by the great Augustinian priory of Tlayacapan and its various chapels. 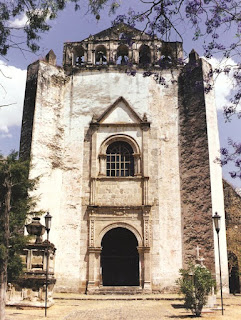 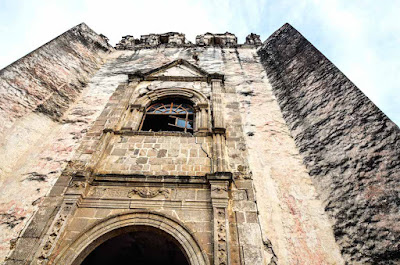 Facade before quake;                                 Facade cracked after quake.
The Priory church itself suffered significant effects to the roof and the facade, including large cracks and damage to its crowning belfry.
In 2020 work remains in progress for its repair and restoration, as this  recent picture from aficionado Robert Jackson shows: 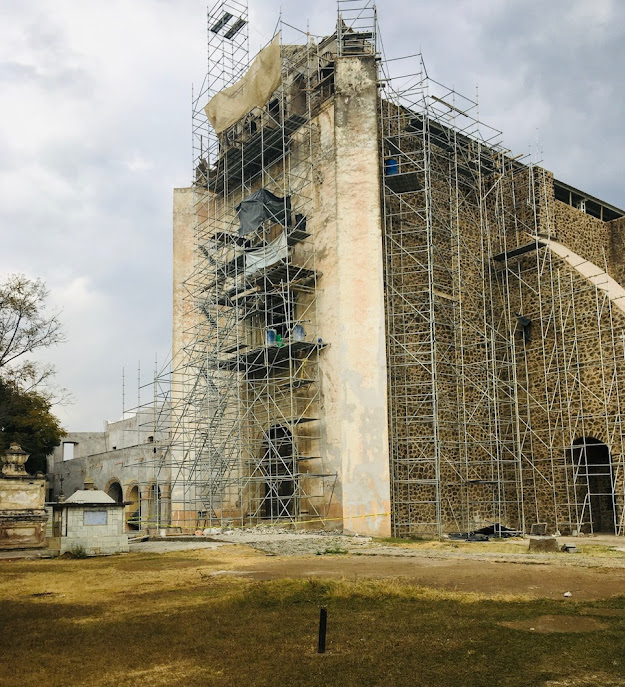 Earthquake damage to the venerable municipal building, or tecpan, was also extensive and work is under way for its stabilizing and restoration. 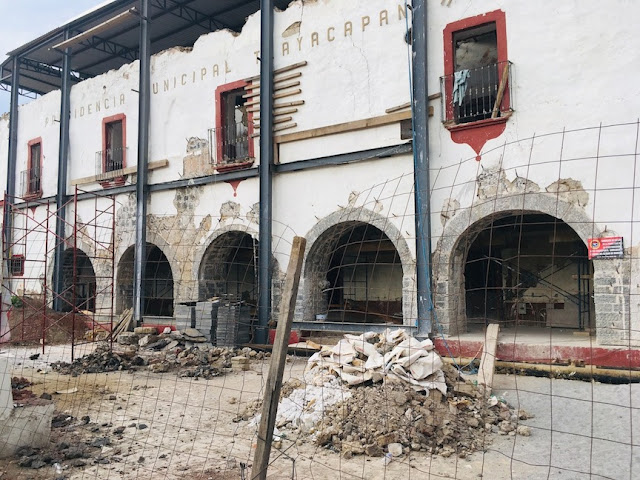 text © 2020 Richard D. Perry
images © the author, and Robert Jackson with thanks
Posted by Richard Perry at 12:57 PM