Although the smallest Mexican state, Aguascalientes boasts several outstanding colonial monuments, some of which we have featured in previous posts*
In this post we go to the community of Pabellón de Hidalgo, north of the state capital, to visit the parish church of San Blas. 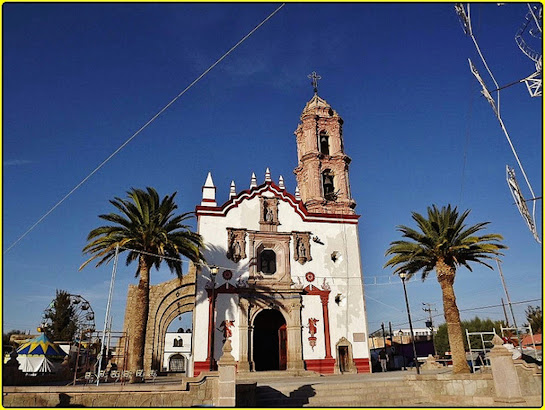 The present church was completed in 1782, and presents a late baroque front with ornate sculpture niches, a mixtilinear gable and a single two tier tower encrusted with complex half columns and layered pilasters. 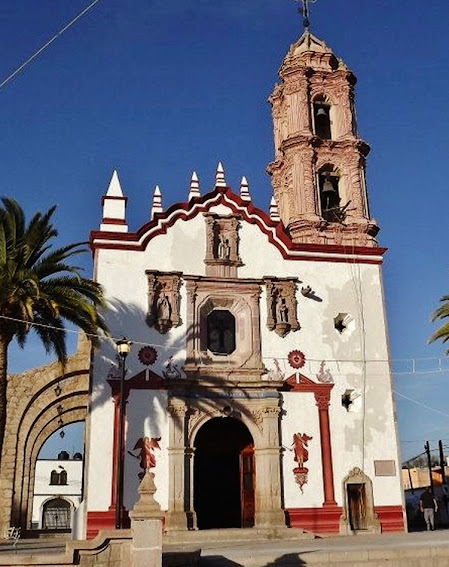 A statue of the patron St Blaise, an early Christian Armenian saint, occupies the uppermost niche. A sequence of arched buttresses brace the north wall of the nave. 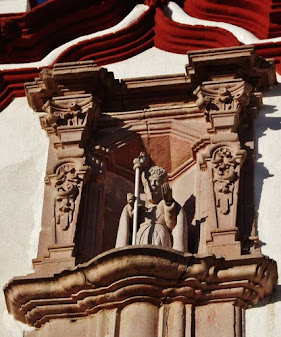 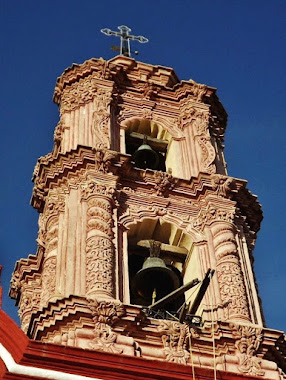 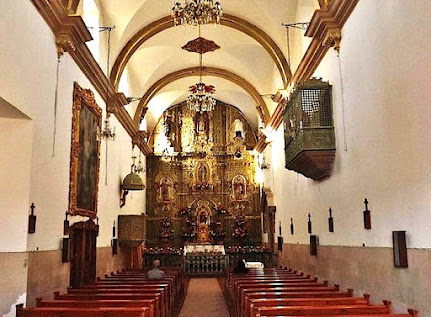 The recently restored interior presents an ornate late baroque main altarpiece, also dating from 1782, fashioned in a layered style reminiscent of the tower and densely carved with foliated relief. 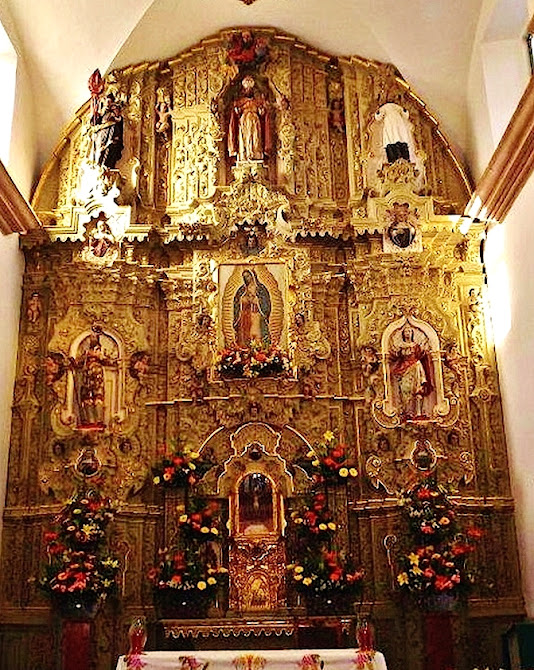 In the center is a picture of the Virgin of Guadalupe, reputedly painted by the eminent baroque artist José de Páez, flanked by statues of archangels. St. Blaise appears again in the upper niche, flanked by the figure of St. Ignatius of Loyola.

photos by Francisco Kochen
A second painting, along the nave, also by José de Páez, whose work we saw in Oaxaca, depicts an Animas scene including the figures of St Francis and St. Nicholas of Tolentino in the starry robe with his plate of quails. Francis reaches down to a half naked figure in Purgatory believed to be a portrait of the artist.
* Palacio del Gobierno;  Santuario de Guadalupe; Templo de Encino;
text © 2020 Richard D. Perry.
color images © ELTB except where noted
Posted by Richard Perry at 1:28 PM