For last in our current series of posts on Yucatán we take a detour to the town of Motul east of Mérida. 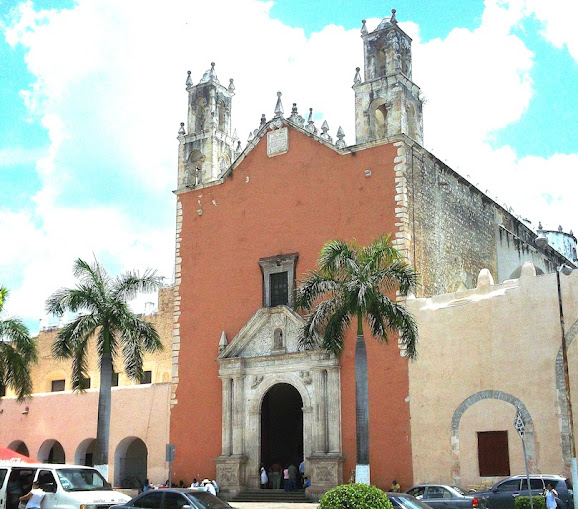 San Juan Bautista Motul was one of the larger, early Franciscan monasteries in Yucatán, built using quantities of cut stone from the abandoned Maya pyramids of neighboring Uci. 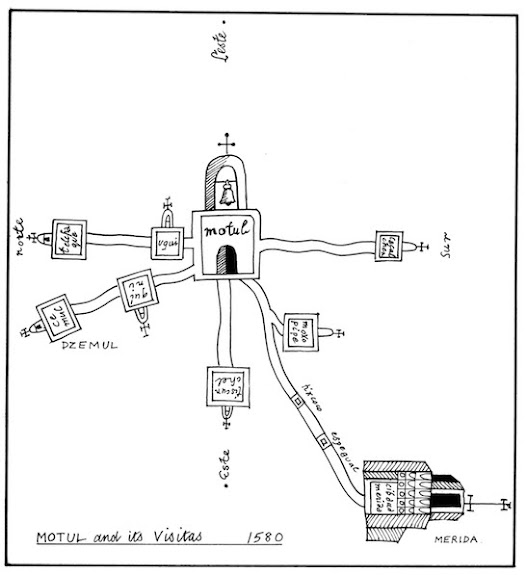 In the late 1580s, the convento was complete and the church was well under construction, and by 1600, the monastery was the active hub of a network of seven outlying visitas, rivaling its grand sister mission at Dzidzantún in importance. 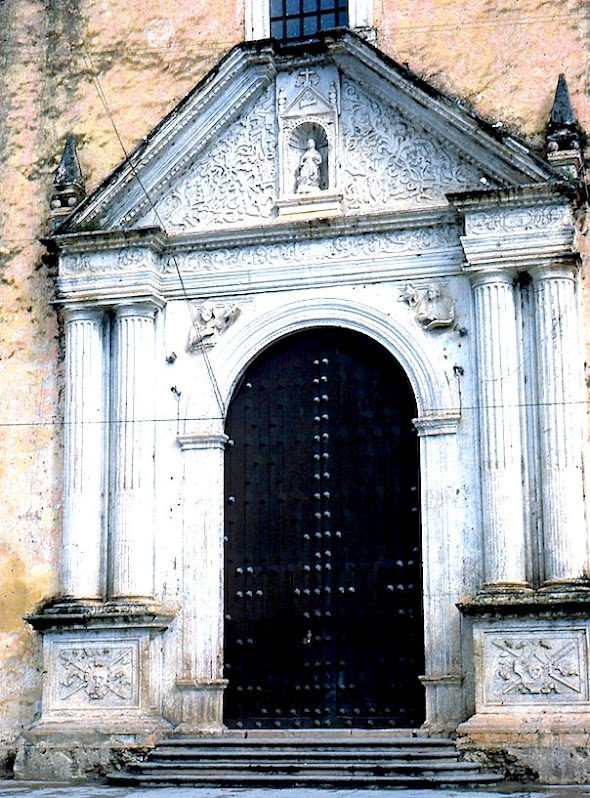 Subsequent alterations drastically changed the original, plain facade of the church, with the notable addition of the colonnaded porch and baroque towers. The bold neoclassical entry is softened by delicate passages of sculptural relief including busts of John the Baptist—the patron saint of the church—and St. John the Evangelist set in the spandrels above the doorway. 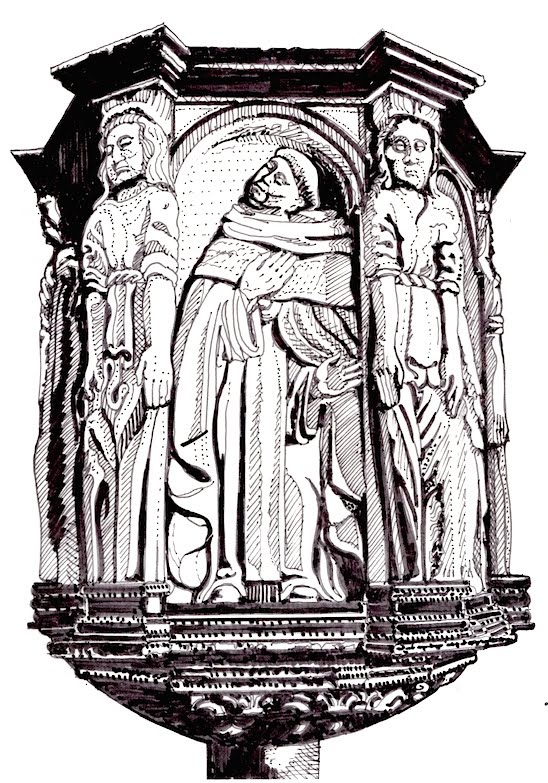 One of the few furnishings to escape the later destruction visited by the 20th century Revolution is the remarkable old wooden pulpit. Dating from the late 1500s or early 1600s, it is octagonal in shape.
Rediscovered disassembled, partial and whitewashed in a cell of the old convento after hurricane Isidoro in 2002, the decision was made to restore the pulpit as far as  possible by Fernando Garces Fierros of INAH. 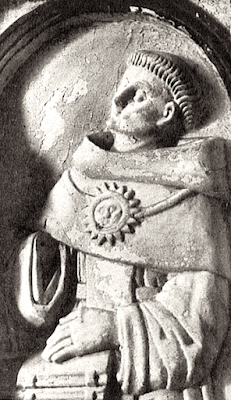 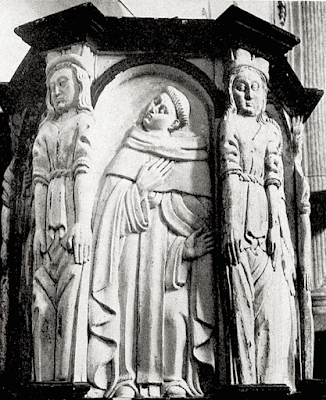 St Thomas Aquinas;                                            St Francis and caryatids
Four shallow niches contain four relief figures of noted Dominicans and Franciscans, including St. Francis and St. Thomas Aquinas, carved in an archaic, Romanesque manner. This scheme diverges from the usual portrayal on pulpits of the four Evangelists.
Carved from red cedar the surviving niches are separated by narrow panels projecting at an angle on the corners, carved with slender, crowned caryatids reminiscent of the retablos at Mani. During restoration, vivid color, including orange, blue and even gold, indicate that the pulpit was originally richly painted with a rich estofado finish. 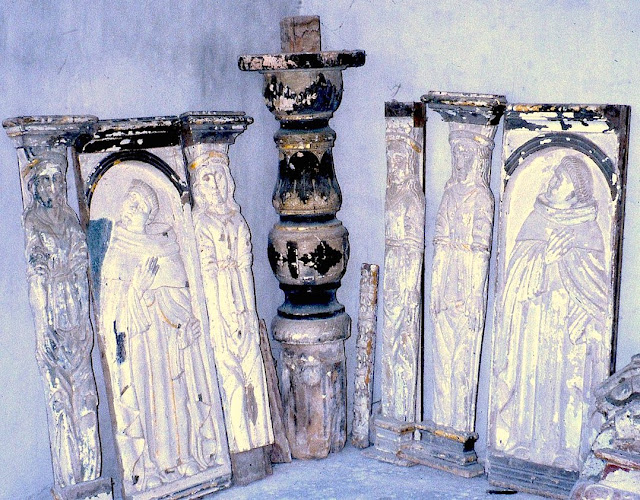 In 2012 the needed restoration and reconstruction was completed. 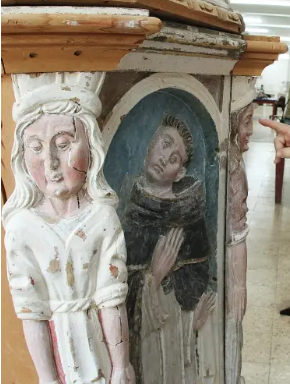 the pulpit as restored (detail) —INAH

text, graphics and color images © 2019 by Richard D. Perry
Look for our page on the unusual cloister murals of Motul.
See our earlier pages on pulpits of special note in Yucatán: Chemax; Uman; Calkini;

For more on the history and art of the Yucatan missions, consult our published guides.
Posted by Richard Perry at 11:11 AM