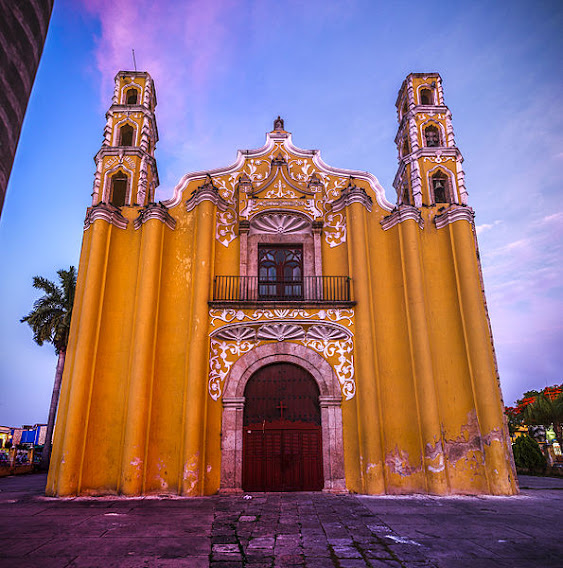 The Mérida barrio chapel of San Juan Bautista, with its multi-tiered towers, recessed doorway and shell archways, is a more modest version of nearby iconic city church of San Cristóbal.
Originally an ermita chapel marking the southern entry to the colonial city, the church was repeatedly enlarged during the colonial period and beyond. Its precincts were the haunt of the sanjuanistas, a group of early 19th century reformers and patriots.
The elegant proportions of the church and its baroque front are shown off to advantage by the pleasant open site. 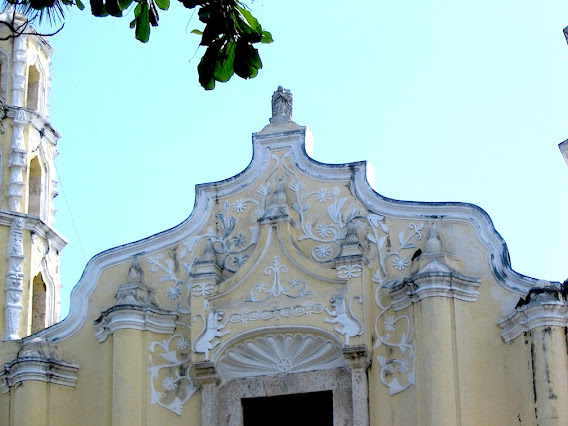 The imposing facade is divided top to bottom by layered half columns and adorned with carved stucco ornament in the undulating gable to include rampant lion reliefs and a statue of the eponymous saint. 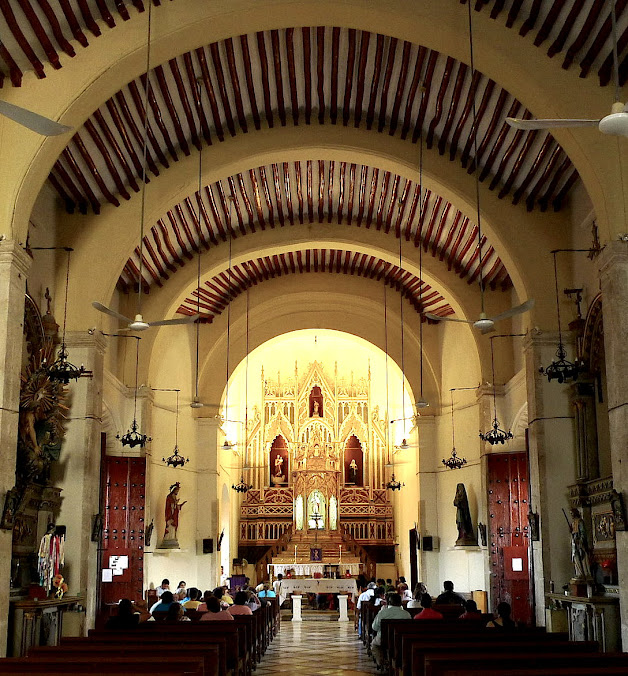 The nave is roofed by a high rollizo or log ceiling in the classic Yucatan style, while in the apse the unusual neo-Gothic retablo—one of the few altarpieces to survive the depredations of the Revolution—was originally fitted with mechanical pulleys designed to cover and reveal the santos mounted in its niches.
text © 2002 & 2020 Richard D. Perry
images by the author and from online sources

For more on the history and art of the Yucatan missions, consult our published guides.
Posted by Richard Perry at 10:50 AM