In earlier posts we described the fine retablos at Pazulco and Tlacotepec in the state of Morelos. We continue this series with a look at the transept altarpieces of Santo Domingo Oaxtepec, the first Dominican mission to be established in the area, in 1545. 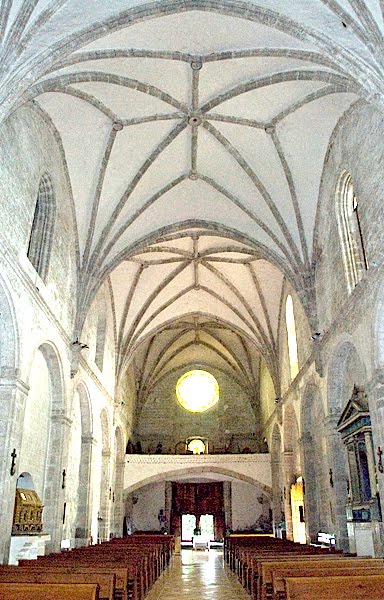 Although the church itself dates from the 1500s, and is especially notable for its Gothic inspired vaulted nave, the two surviving  transept altarpieces are much later, dating from the 18th century.
Both are fashioned in the gilded Churrigueresque or barroco estípite style of the later 1700s. 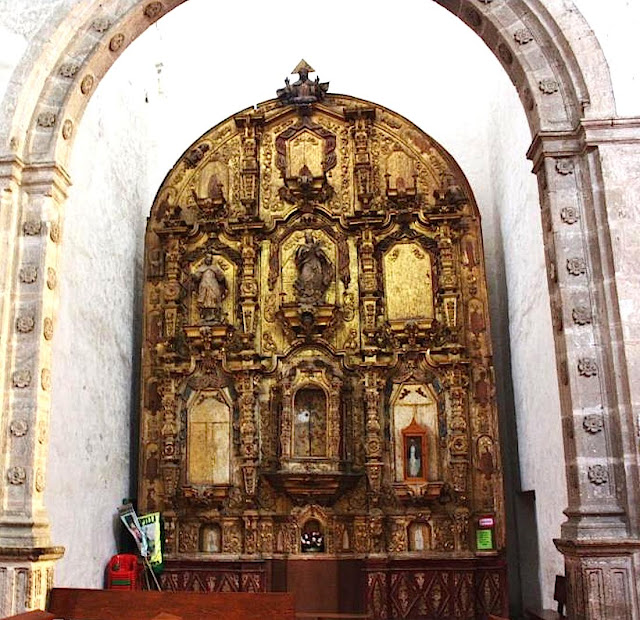 The retablo in the left transept is the bolder of the two, its sculpted, curtained niches framed by prominent estípite columns. Although undocumented, its style recalls the work of regional native designer/sculptor Higinio López. 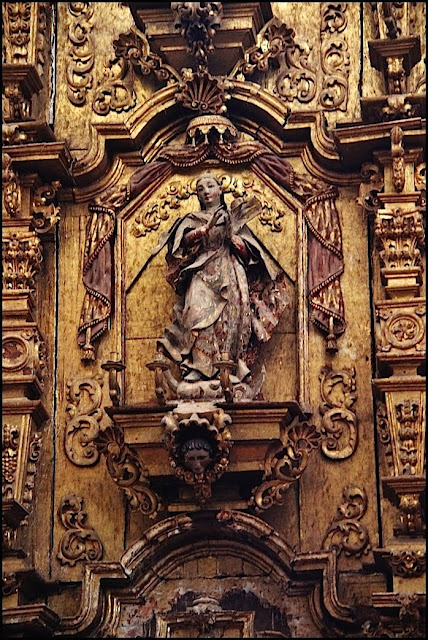 Although much of the original statuary is missing, two figures survive in the upper tier and a fine God the Father projects from the curved gable. 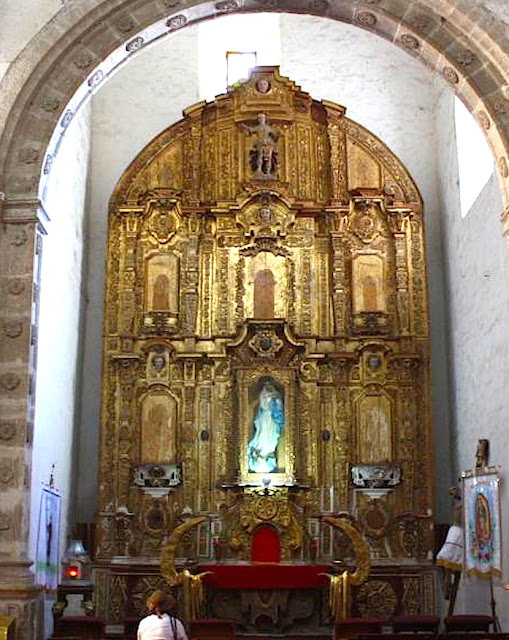 The second retablo, dedicated to the Virgin of the Immaculate Conception, is more subtle, with more discreet pilasters and gilded arabesque ornament. The sole original statue is that of a worn Archangel Michael in the gable niche. 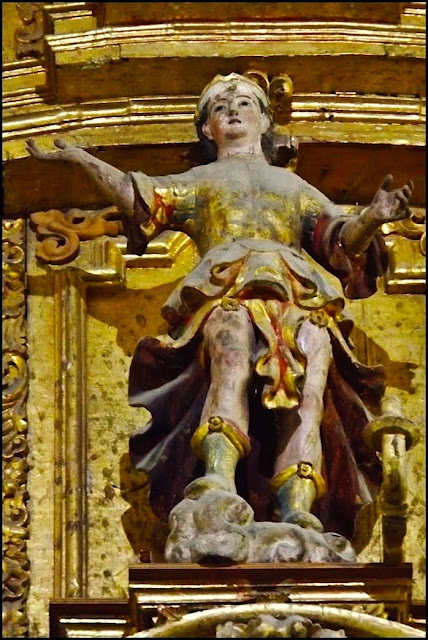