In previous posts we reported on the damage caused by the 9/17 earthquake to the numerous barrio chapels of Tlayacapan, in Morelos.
Although the damage was in most cases not dire, restoration of the affected structures has been largely completed including repainting.  Aficionado Robert Jackson has been documenting the effects of the 'quake and the repair efforts, and has kindly offered his recent photographs for use in our blog for which we thank him for his tireless documenting the earthquake in Morelos and its aftermath.
Here we contrast before (l) and after (r) views of the chapels: 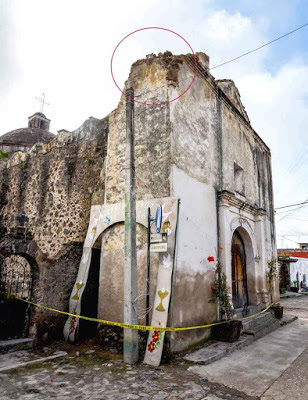 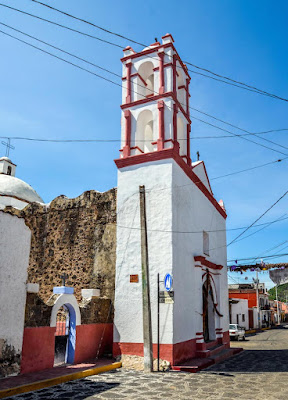 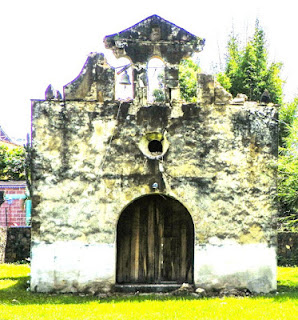 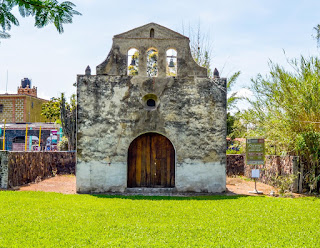 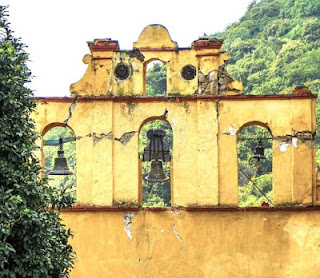 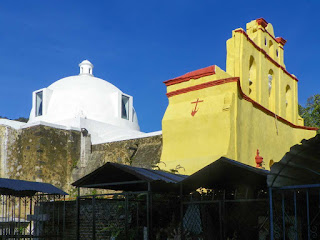 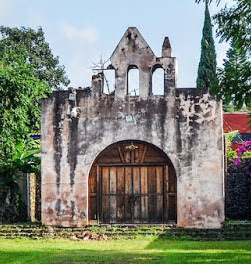 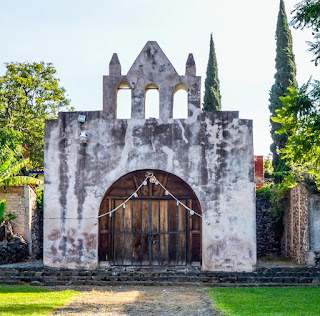 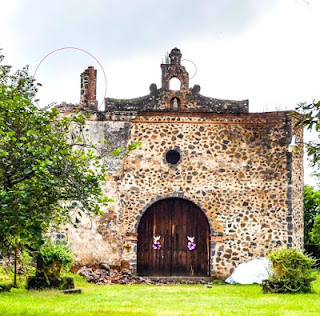 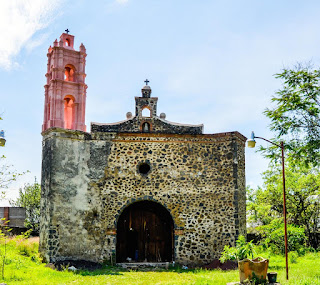 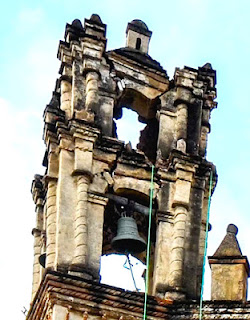 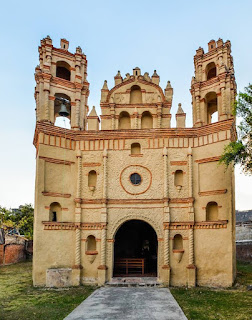 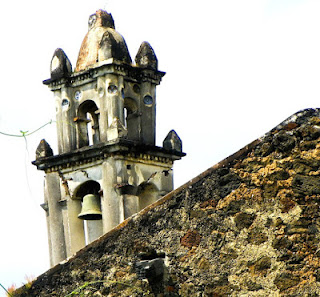 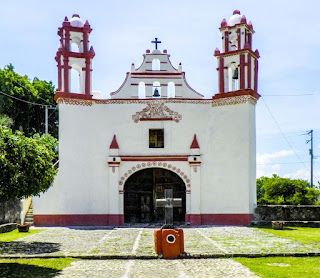 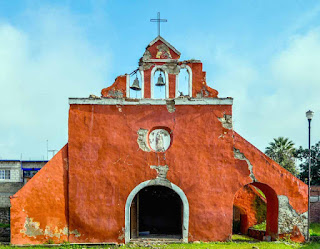 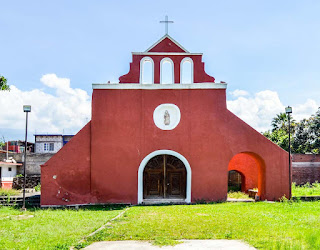 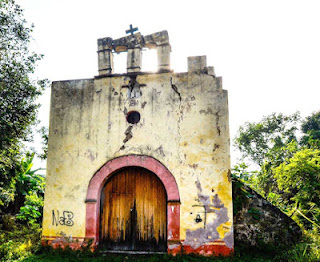 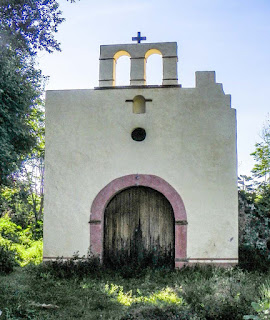