Like neighboring chapels in Coyoacan (e.g: Santa Caterina) this barrio chapel (aka: El Barrio del Cuadrante de San Francisco) started life as a neighborhood visita served from the main monastery of San Juan.
The narrow apse framed by an archway suggests a former open air chapel. On the front, the arcade, now blocked apart from the center doorway, in turn suggests the presence of a transverse nave or narthex with triple entry points, as at Santa Caterina, and stylistically derived from the portería of the mother house of San Juan Coyoacan. 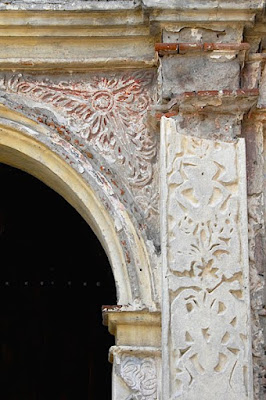 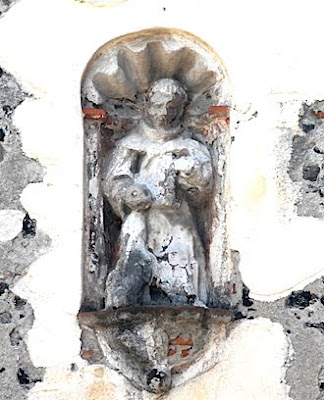 Likewise, the classical doorway is lightly ornamented with stucco relief foliage, while a crumbling statue of the patron, St Francis, occupies the niche overhead. 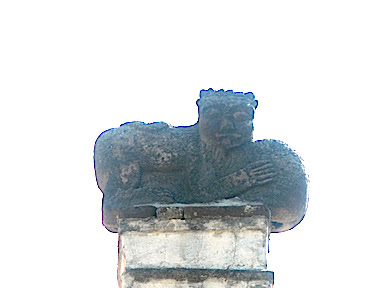 Another unusual feature is the pair of carved lions crouched on pedestals above the facade.