The Chapels of Coyoacan: Santa Caterina

The great Franciscan, later Dominican monastery of San Juan Coyoacan, in the southern part of Mexico City, was the hub of a singular group of smaller chapels, many of them early colonial in origin and of historic architectural and artistic interest.
In a previous post we described one—the restored chapel of La Conchita. In this and future posts we look at some others of note in the neighborhood, starting with Santa Caterina. 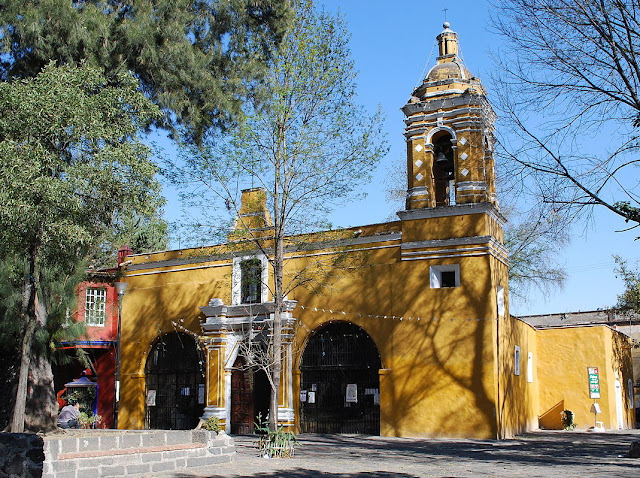 The church started life in the early 16th century as an open air chapel erected by the Franciscans to serve the indigenous people of the area—a raised vaulted space later fronted by an arcaded transverse narthex or porteria, which still stands. Later still, the nave was extended, with two bays further east and a belltower added. 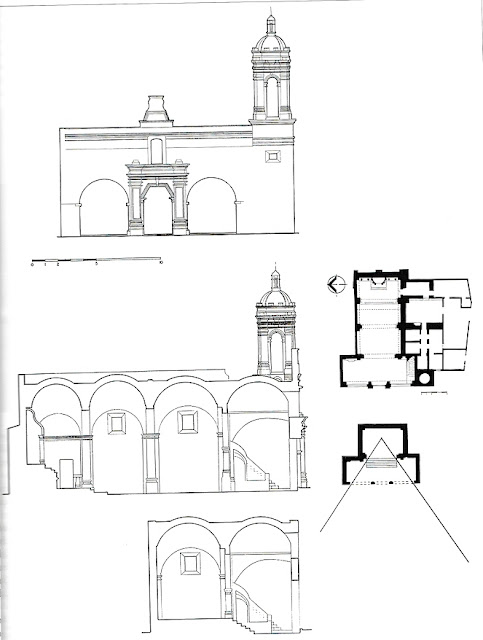 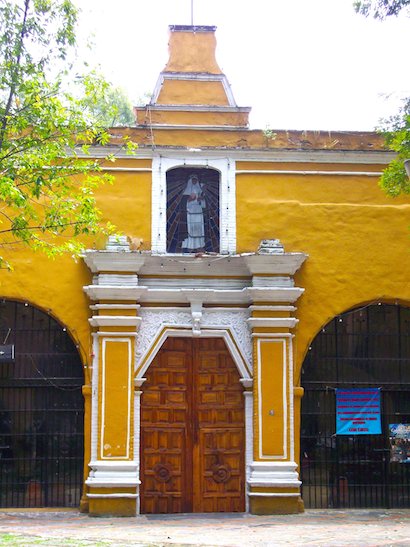 The Mannerist inspired entry doorway is embellished with stucco ornament as we see in other local chapels. The image of St Catherine, the patrona of the barrio, appears in the window above.
A colonial statue of the saint also rests near the main altar. 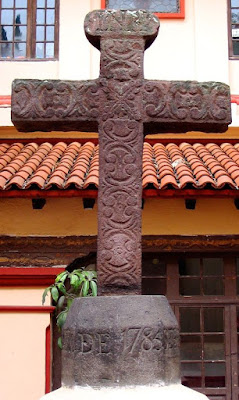 The 18th century carved chapel cross is now located in the Community Center across the road from the chapel.
text © 2019 Richard D. Perry
images by the author and from online sources
Posted by Richard Perry at 12:20 PM