We continue our coverage of early missions in Michoacan at Undameo, located southwest of Morelia beside the Patzcuaro highway.
Santiago Undameo, formerly known as Necotlan, was originally settled by Matlatzinca people from the eastern frontier of the Tarascan empire near the Toluca Valley.
Following the Spanish conquest of the region, the Augustinians established their initial priory in Morelia, of which Undameo was one of the first and most important visitas. 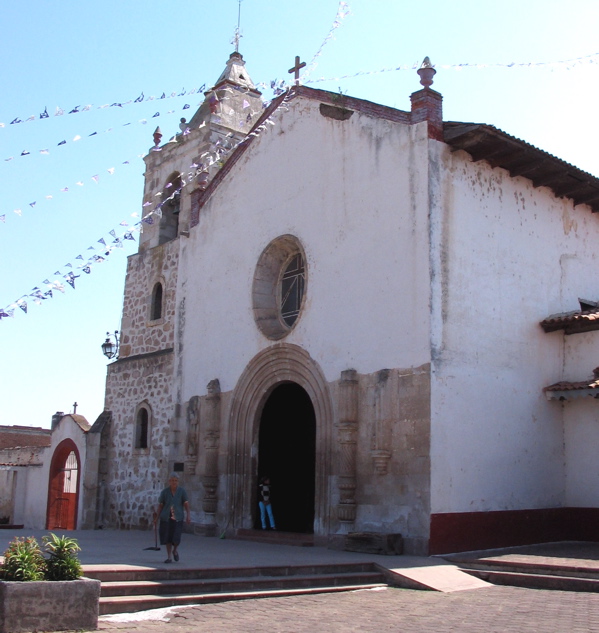 The present church, which dates from the 1560s, has been altered over the years, but the facade retains significant traces of its early design.

Thus, its lower section retains some of its original, and unusual, features. First the multi-layered molded doorframe is rounded in Romanesque fashion—a unique pattern for the region and atypical for Augustinian houses.
The doorway is flanked by finely chiseled, ornamental baluster columns in Plateresque style with no clear supporting function.

photographs by Niccolo Brooker
Beyond these on either side are the lower remnants of what may have been an elaborate alfiz that would have extended above the entry. These surviving sections incorporate sculptural detail that incorporates a cord molding—a motif usually associated with the Franciscan rather than the Augustinian Order. 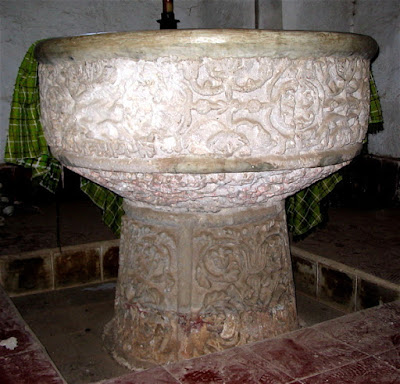 Another example of imaginative stone carving at Undameo is the grand baptismal font. A frieze of interlocking foliated relief rings the basin as well as adorning the base, although no religious insignia are evident. 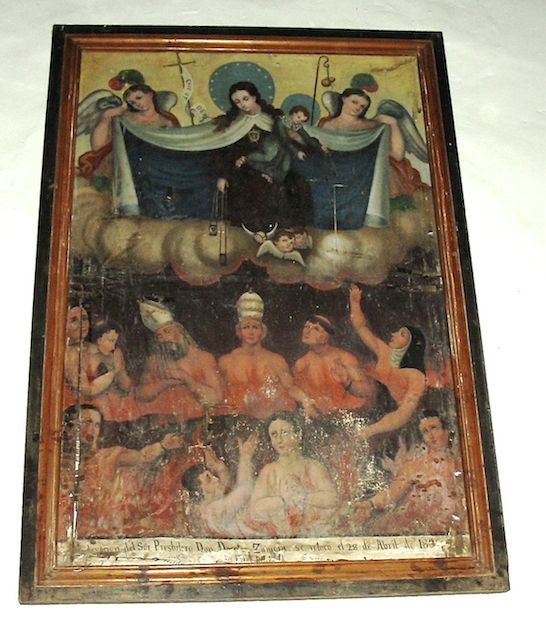