For this post, the first of three, we return to Tlayacapan to review some of the numerous barrio chapels that surround the main priory of San Juan Bautista.  * In view of the September 19 earthquake in the region, during which Tlayacapan was hard hit, we are updating this survey to include new information and pictures, as they become available, on any damage caused to these historic chapels.

THE CHAPELS OF TLAYACAPAN
Tlayacapan is best known for its venerable Augustinian fortress monastery of John the Baptist (above), whose convento is the location of spectacular 16th century religious frescoes, as well as a local museum filled with colonial art treasures.
Less well known are the numerous barrio chapels of Tlayacapan. Originally 26 in number, some have disappeared or are in ruins. 18 currently function and more are being gradually restored and coming back into use.

While some are simple, even humble structures, several of the chapels are surprisingly elaborate with decorative facades, towers, espadañas and ornamental gateways, many dating from colonial times. 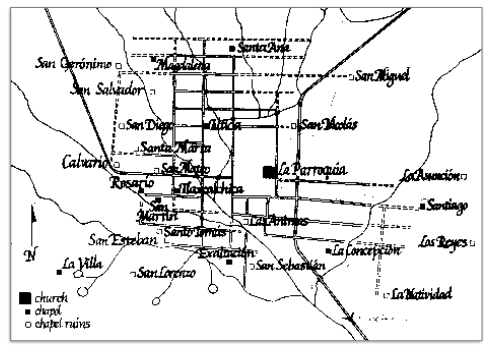 Ancient Tlayacapan
In Aztec times the village was divided into four calpulli, or barrios: north, south, east and west, each with its teocalli, or temple, marking the cardinal directions. The four principal chapels were founded on these former temple sites and remain in their traditional locations relative to the central plaza and monastery. (see map)
They are Santa Ana, towards the sierra on the north; La Exaltación (or Capilla de La Cruz) to the south, home of the miracle-working Black Christ, an object of local pilgrimage; Santiago, (or Santiaguito) in the barrio of Los Brujos across a barranca to the east; and El Rosario, a few blocks west of the parish church. These four are the subject of our first post. We will treat the others of note in subsequent posts. 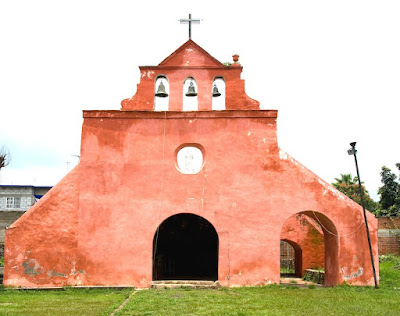 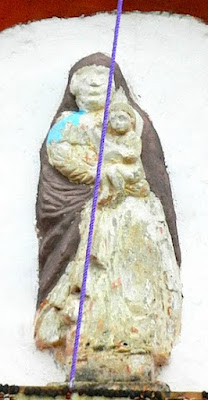 Santa Ana
Although one of the most important chapels, the heavily buttressed ermita of Santa Ana is surprisingly modest, although well maintained. A painted stone statue of the patron Saint Anne with the young Mary graces a circular niche in the facade.
Fragments of murals still cling to the walls, and in the nave stands a carved, painted stone cross from colonial times. 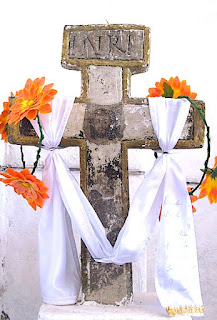 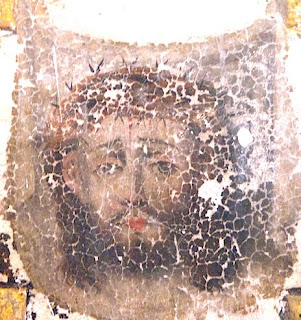 
Despite its sturdy construction, the less substantial espadaña above the facade suffered considerable damage and cracks appeared in the buttresses. 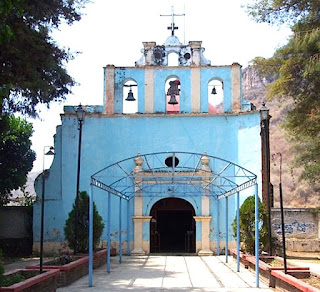 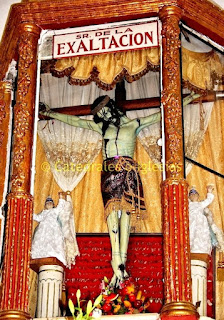 La Exaltación
Although modest in scale with an undistinguished facade, this shrine to the venerated Christ of Exaltation is perhaps the most important and the most visited of the Tlayacapan chapels.
Again, while there is no word yet on the soundness of the church fabric, the belfry sustained numerous cracks and appears in danger of collapse. 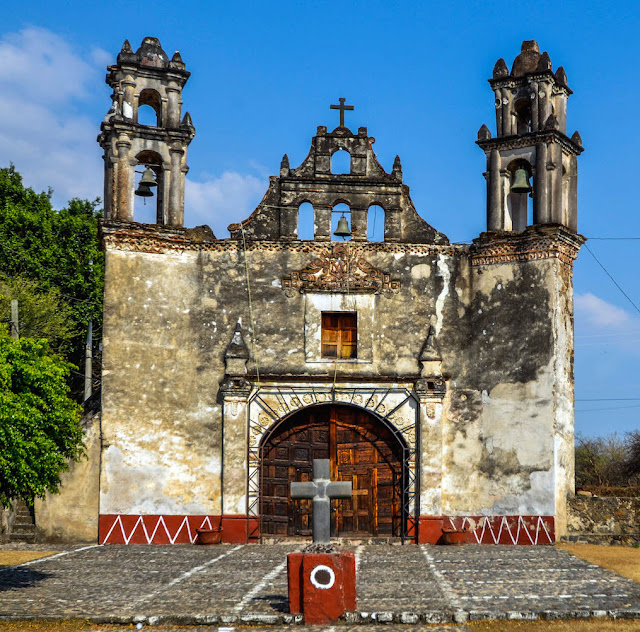 Señor Santiago
This imposing chapel boasts a broad front with angled twin towers and an elegant central espadaña (belfry). Minor damage is reported to the bell gable and at least one tower following the 'quake. 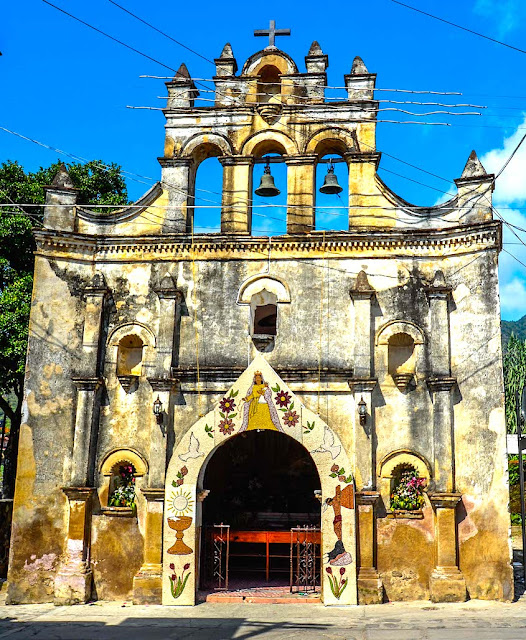 El Rosario
One of the more elaborate chapels, with an elegant retablo facade and large espadaña. Home of the Virgin of the Rosary. 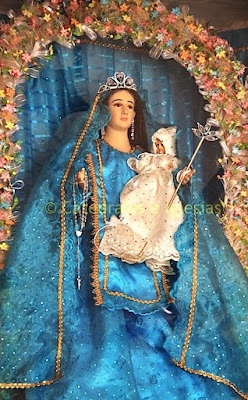 .... and noted for boisterous Carnival celebrations with dancing chinelos. 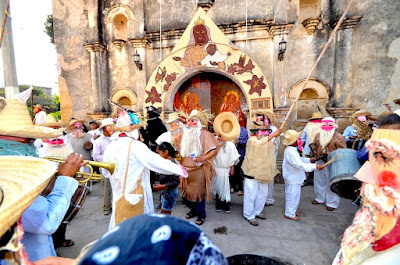 text © 2017 Richard D. Perry
color images by the author, Niccolo Brooker and courtesy of Robert Jackson.
*Check out our most recent update on earthquake damage in Morelos
Please review our other recent posts on the colonial arts of Morelos:  Atlatlahucan; Tlaquiltenango; Oaxtepec; Tlaltizapan; Cuernavaca; Temimilcingo; Tepoztlan;
Posted by Richard Perry at 11:25 AM