Another early carved stone cross in Mexico state has recently come to our attention: 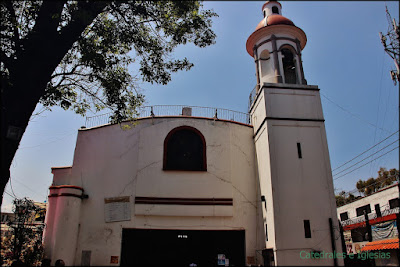 Originally founded by the Carmelites in the 16th century, the present church of Santa María de La Natividad de Tetelpan, west of Mexico City near the Desierto de los Leones, was remodeled in recent times with a broad entry and a round bell tower.
One surviving early colonial remnant is the atrium cross, mounted on a high, stone and brick base in the former pantheon here.

Octagonal in section, and carved from the local tepetate or compressed volcanic caliche, the cross bears no Passion symbols apart from a stylized Crown of Thorns relief at the crossing. 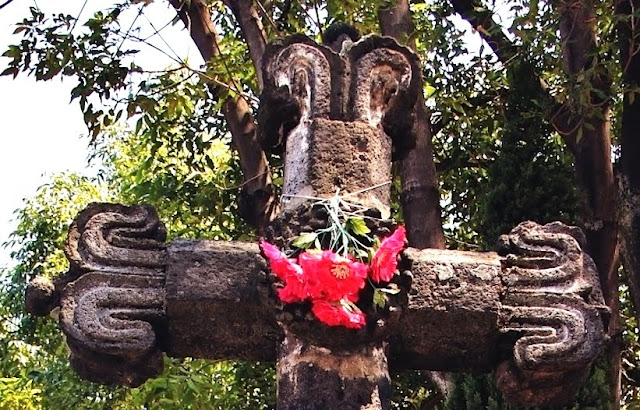 The most distinctive features of the cross are the folded fleur-de-lis finials atop the neck and at the ends of either arm, some still with pearl shaped caps. The cross is similar in style to several in Mexico City, notably at Atoyac and Mixcoac. 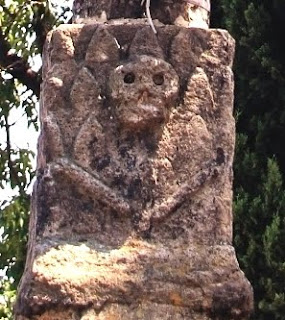 Another item of interest is the skull and crossbones carved on the base pedestal, set in a matrix of zigzag reliefs.