Mexico. the crosses of Teotihuacan 2.

We continue our survey of carved stone crosses in the Teotihuacan area with three more examples from local churches: 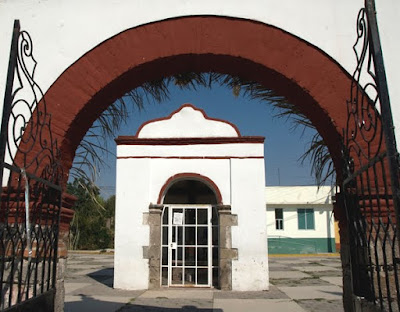 Santa Maria Maquizco
Another fully foliated cross in the area is also lodged behind glass in an isolated posa outside the nearby barrio church of Santa Maria Maquizco. As with the San Juan cross, it is wreathed with vines and lush bunches of grapes; all the vine reliefs are painted, although currently much faded. 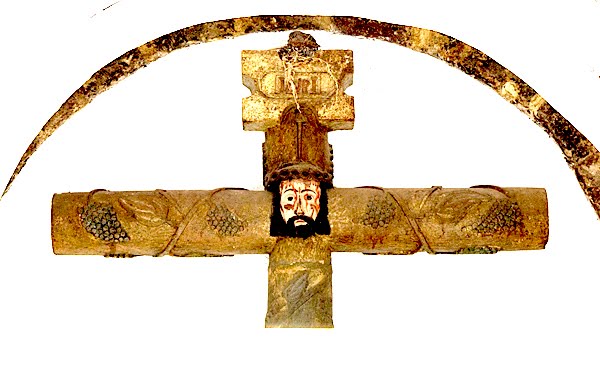 By contrast, the bearded Face at the crossing is boldly picked out in color: black with graphic bruises and red with streaming blood.
No other Passion elements are present aside from a single arrow? emerging incongruously from Christ’s head, and what may be Wounds on the shaft? 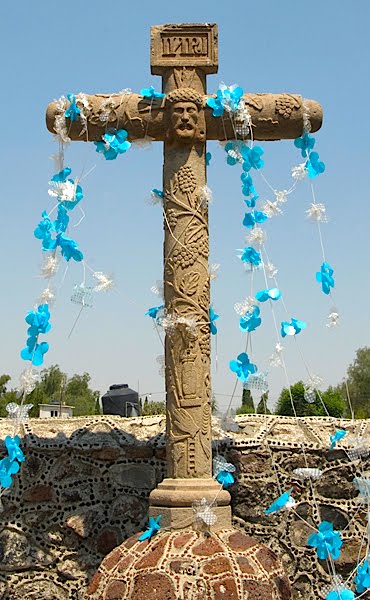 Santa Maria Coatlán
A similarly carved although unpainted tree cross of possible late manufacture stands outside the ornate church at nearby Coatlán. A stoic Face of Christ stands out at the crossing, nicely modeled in the round and framed by the rays of Las Tres Potencias. 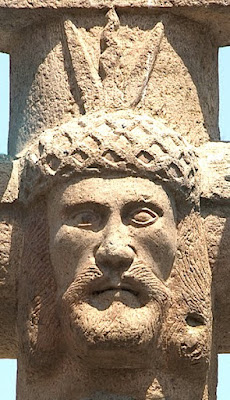 As at San Juan and Maquixco, vines with spiky leaves and grape clusters wind around the cross, enveloping a number of sharply defined Passion symbols clustered on the lower shaft. Button finials cap the arms while, as with the others, a simple INRI block perches atop the cross.
A related cross, once again lodged in a separate atrial chapel or posa, is that found at San Miguel Xometla, a former visita of the great Augustinian priory at Acolman, whose baptistry murals we described in an earlier post. 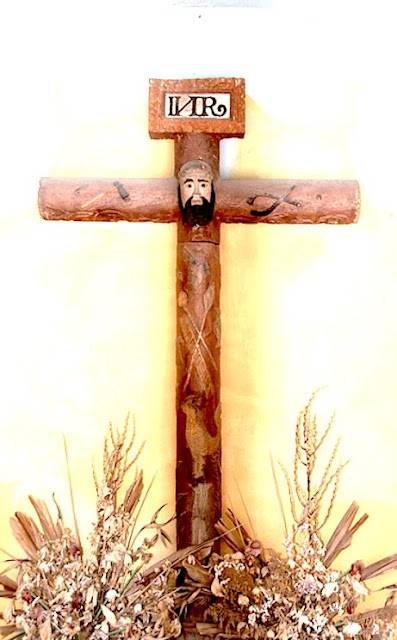 Set against the far wall behind the elaborate gated facade, the cross is similar to those at Purificación Teotihuacan and nearby Maquizco, its varied  Passion reliefs picked out in paint against the cylindrical body. These include several instruments as well the black beard head of Christ at the crossing.  The date of the cross is unknown although it may be a post colonial example derived from the crosses already mentioned.