This is the first of two posts on the historic church of Santo Toribio Xicotzinco in the state of Tlaxcala.
Turibius of Astorga (Santo Toribio) a 5th century bishop and early Christian saint from the province of Asturias in northwestern Spain, is little known or celebrated outside this region, let alone in the New World. However the saint did exert some influence in early colonial Mexico, an effect largely attributable to the eminent Franciscan missionary Fray Toribio de Motolinia, a native of Asturias, who took the name of the former Bishop of Astorga and adopted him as his patron.
A leading figure in the evangelization of Tlaxcala, Motolinia was drafted by the then bishop, Julian Garcés, to plan and lay out the new city of Puebla—in honor of the angels, in accordance with the bishop’s mystical vision or dream.  Motolinia was thus the moving spirit in the founding of the City of Puebla, originally located around the hillside site of the grand Franciscan monastery and its precincts—which were dedicated, no doubt intentionally, on the feast day of Santo Toribio, April 16th 1531.
While Santo Toribio’s name does not otherwise feature in the great Pueblan church of San Francisco de Los Cinco Llagas, his rarity as a patron saint of churches in Mexico, suggests that, although there is as yet no firm documentary support for the claim, the founding of the nearby Tlaxcalan mission of Santo Toribio Xicotzinco, just across the present Puebla state line, may also be ascribed to Fray Toribio de Motolinia. 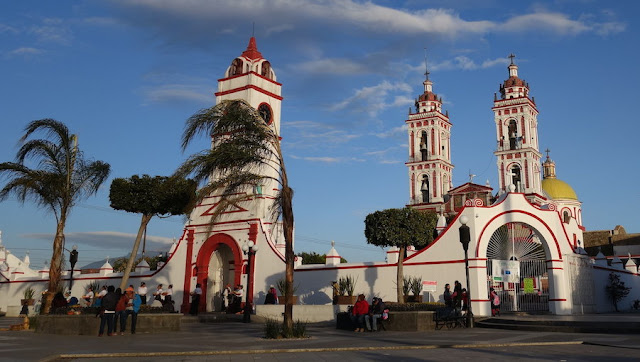 Originally founded as a mid-16th century visita of the Franciscan convento at Tepeyanco, the present present parish church of Xicotzinco (Under the Beehives) was rebuilt starting in the late 1700s. 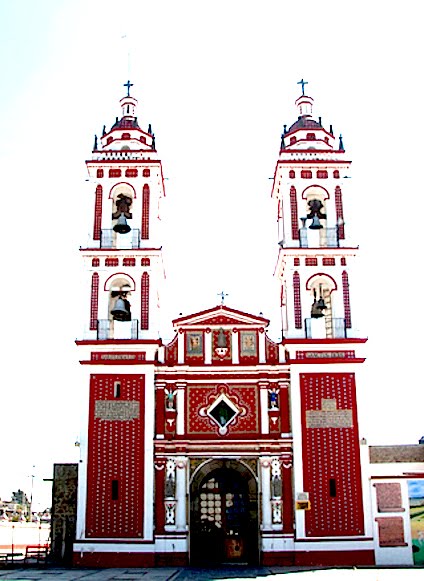 The front is distinguished by its two dramatically tall towers–late colonial additions, and a brilliant tiled facade in the Pueblan style, faced with red ladrillo brick inset with glossy azulejo tiles, some fashioned into colorful panels depicting archangels; these complement the folkloric painted statuary that includes archangels as well as the figure of the patron saint, Santo Toribio–a unique portrayal to our knowledge. 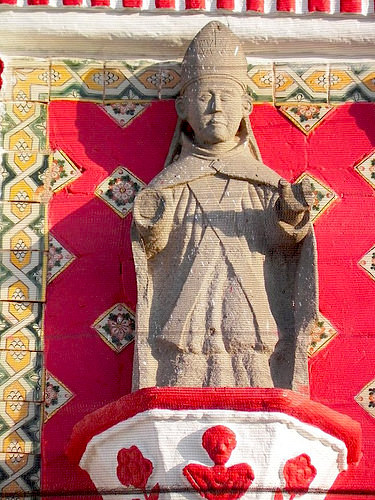 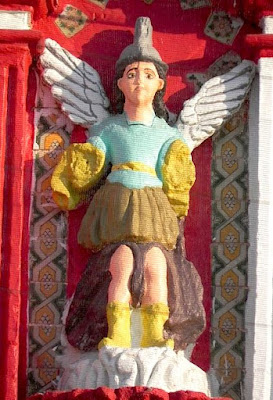 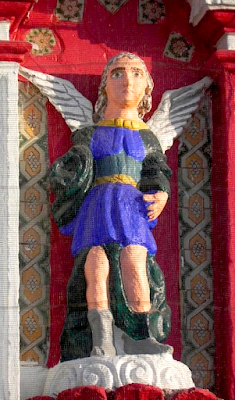 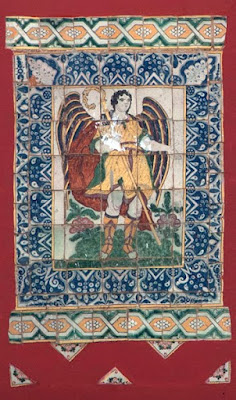 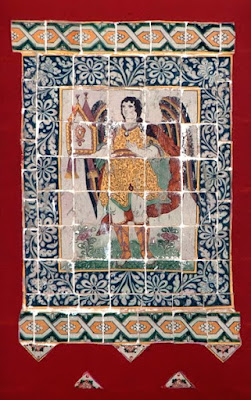