For the last in our present series on Tlaxcala, we look at the hilltop church of San Juan Totolac. 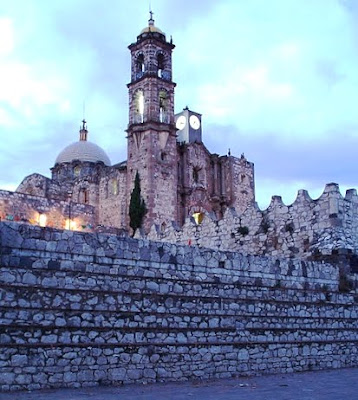 San Juan Bautista Totolac
Place of the Waterfowl
The fortress like church of San Juan Totolac sits atop a promontory reached by a long, stone stairway. The church is girded by a large, raised atrium, enclosed by walls with scalloped crenelations. This is the cemetery and is noted for its carved gravestones, some dating back to the early 1700s.

Although there was originally a modest Franciscan ermita here, founded as early as the mid 1500s, the imposing present church dates from the later 1700s. After an earthquake in 2014, the cracked church front was repaired and restored, and the unsightly clock tower removed! 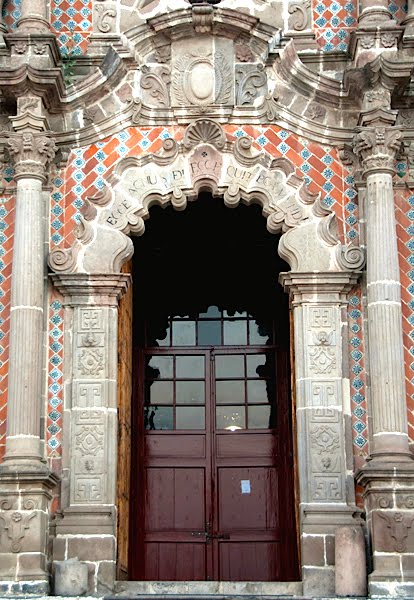 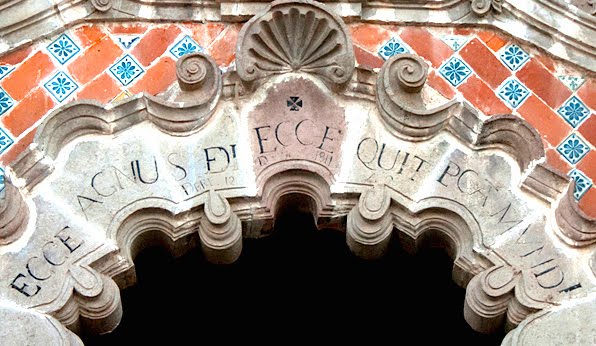 A sinuous, scalloped arch above the entry bears the Latin inscription, “Behold the Lamb of God that taketh away the sins of the world” —words spoken by John the Baptist immediately before the baptism of Christ. 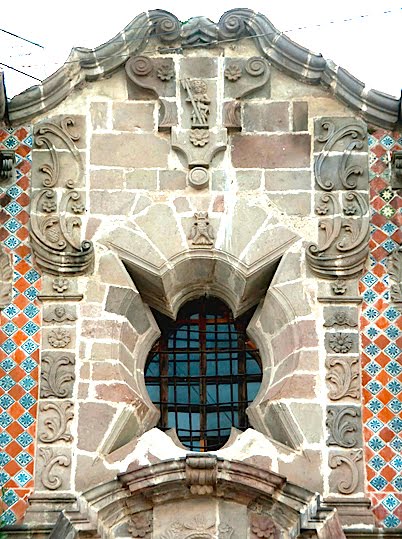 The facade is free of figural imagery aside from the diminutive Hapsburg Imperial two headed eagle above the barbed quatrefoil choir window and a diminutive relief of the patron saint, John the Baptist, in the gable.