The Altarpieces of Yucatán: Mocochá 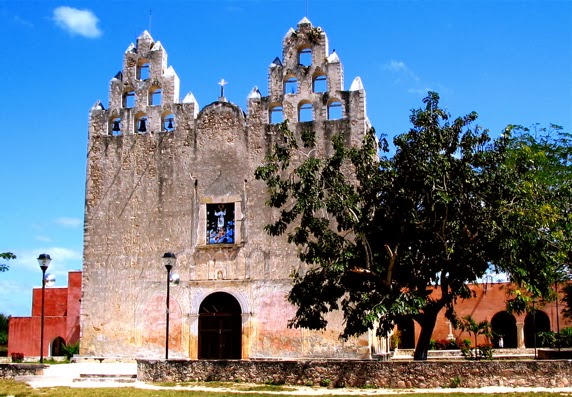 The attractive church of Asunción Mocochá stands beside a pleasant grove of palm trees, a welcome touch of greenery in the dry landscape of north western Yucatan.
Originally a 16th century visita of the Franciscan monastery at nearby Conkal, the mission at Mocochá was expanded in the late 1600s, primarily as a popular shrine to the Virgin of the Assumption, and the present church constructed with an impressive, two-story camarín mounted behind the main altar to house the venerated image of the Virgin Mary. 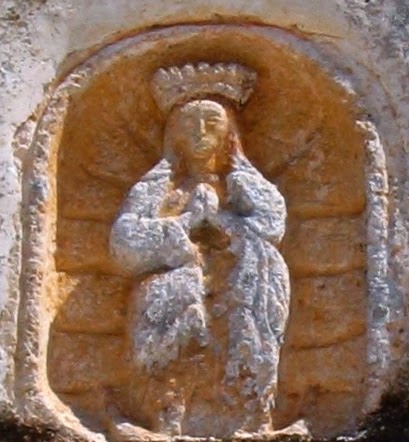 The clean geometry of the plain, square facade is enhanced by a striking pair of classic, triple-tiered espadañas above, accented with pyramidal merlons. Both the main and side doorways are dated 1697 and a tiny stone statue of the praying Virgin adorns a shell niche above the west entry. 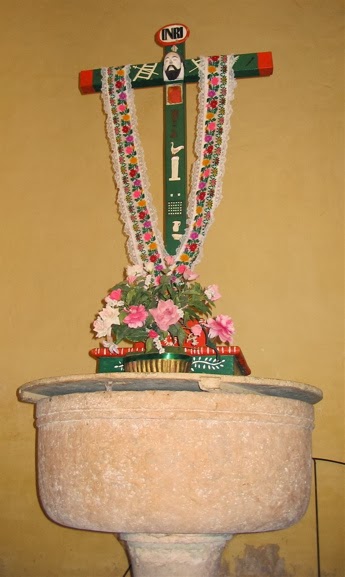 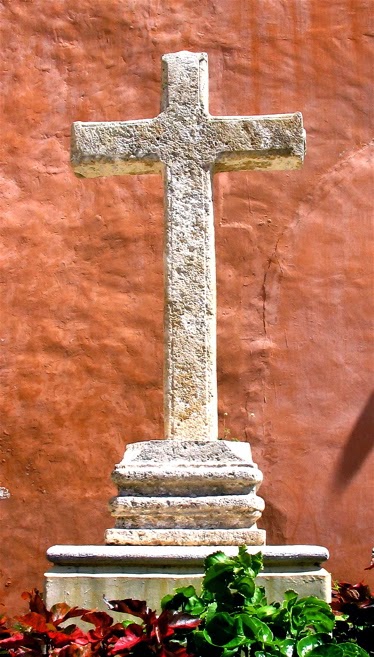 A monolithic limestone font stands inside the church while a handsome carved stone cross is mounted out front—one of the few churchyard examples to survive in Yucatan.
Inside the church, a trio of fine baroque retablos in classic Yucatecan style have been recently stabilized and restored. 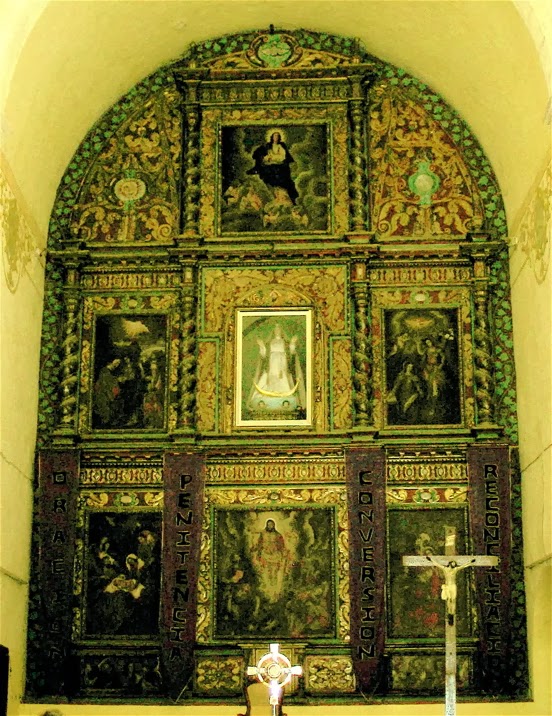 The Main Altarpiece
The elegant main altarpiece is similar to those at Tabí and Yaxcabá, rising in three tiers each framed with spiral columns encrusted with grapevines. Richly decorated with swirls of acanthus foliage in green and gold set against a subdued burgundy background, the retablo contains several large canvases of apparently late colonial date.
These illustrate scenes from the life of the Virgin, including a dramatic Assumption in the top tier, and an even more theatrical Ascension of Christ in the lower tier.
The Four Evangelists are portrayed in panels on either side of the bottom tier (predella).

The Side Retablos
A matching pair of lateral retablos occupy deep niches on either side of the nave. Designed in a similar style to that of the main altarpiece with spiral columns, they feature contrasting red and gold ornament—as with many other altarpieces in the region.
Together they reflect the fraternal ties of the two principal mendicant Orders involved in the evangelization of 16th century Mexico. While often seen as rivals, the Franciscans and Dominicans were ultimately more united than divided in the monumental task of conversion and mission building. 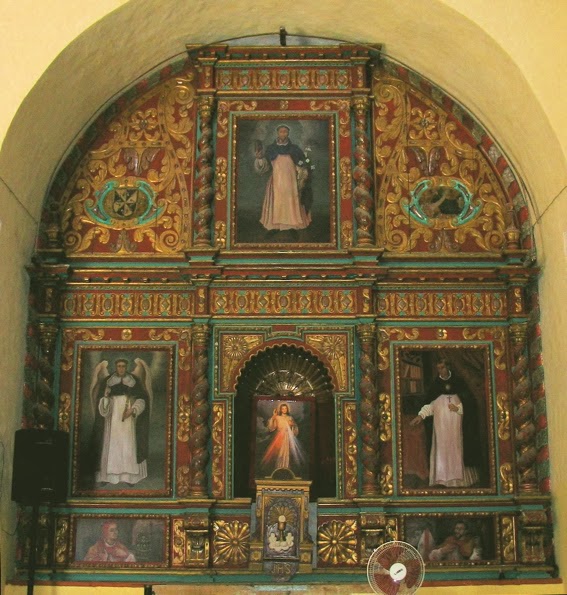 The retablo on the left bears the fleur-de-lis insignia of the Dominican order, together with portraits of prominent Dominicans including St. Dominic and a winged St. Vincent Ferrer. 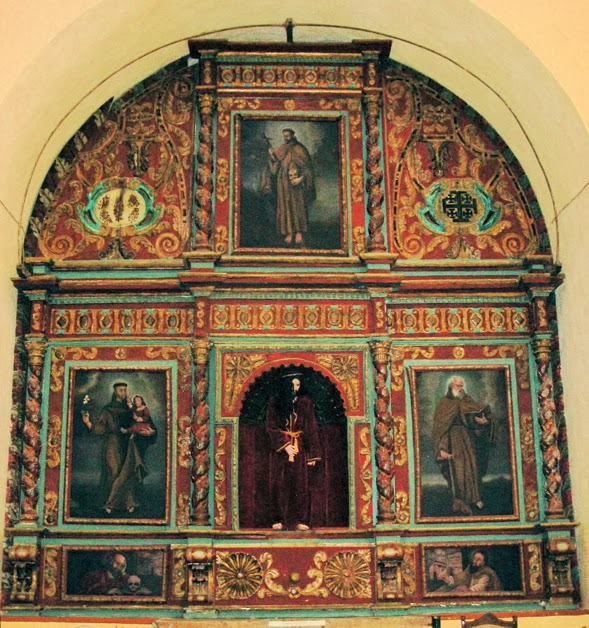 The retablo opposite is devoted to the Franciscans, the dominant missionary Order in Yucatan. Emblazoned with the Franciscan emblems of the Stigmata and the Cross of Jerusalem in the upper tier, it showcases canvases portraying the popular Franciscan saints Francis of Assisi and Anthony of Padua.


See our map for the location of the retablos in this series
text © 2014 Richard D. Perry. photography by the author

for complete details and suggested itineraries on the colonial monasteries and churches
of Yucatán, consult our classic guidebook.
Posted by Richard Perry at 5:23 PM