In addition to the altarpieces saved from the Basilica and installed in the parish church at Tecali, two monolithic stone fonts have also survived from an earlier period and are located in the nave.
Both date from the 16th century and are carved with ringed medallions that enclose Greek and Latin Christograms as well as the Franciscan emblem of the Stigmata or Five Wounds of Christ. 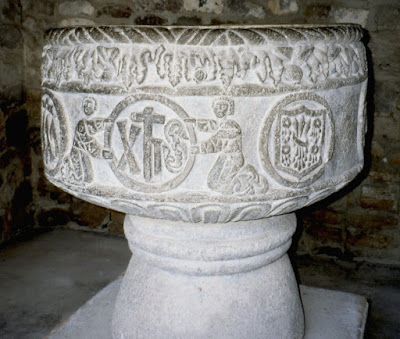 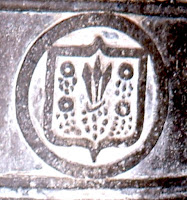 The smaller and more archaic of the two basins is rimmed by acanthus foliage and the Franciscan knotted cord, and shows kneeling figures, or hovering angels, pointing to the medallions. 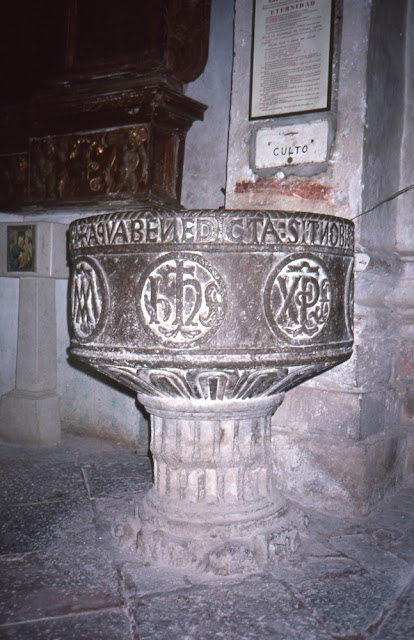 Set atop a coffered pedestal, the larger font also rises from a petalled margarita style base. Here, the monograms stand alone and are more ornamental in character.
The Latin inscription carved around the rim reads: