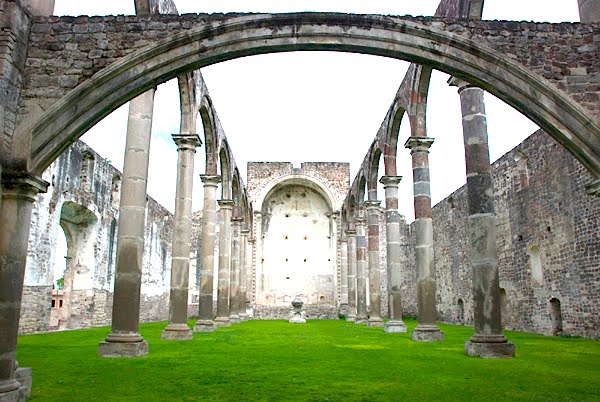 As noted before in this series, the arcaded basilica of Santiago Tecali is now roofless, its walls largely stripped of whatever early murals there might have been.  However, a few passages remain to indicate their former quality. 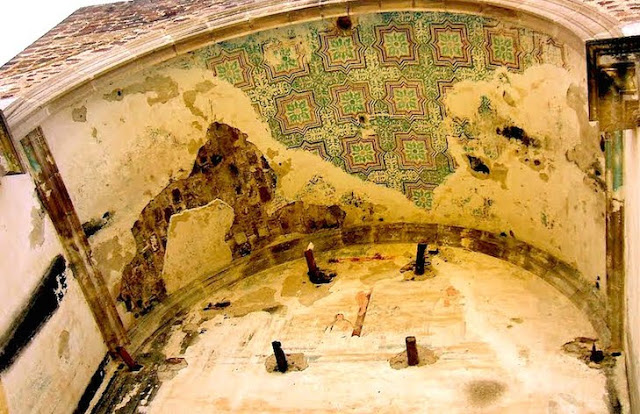 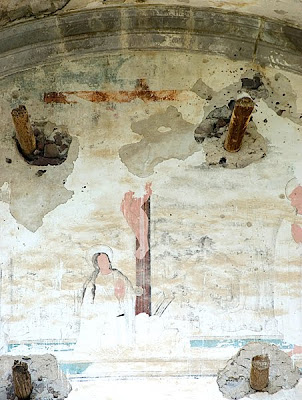 On the rear wall, elements survive of a vast, polychrome Crucifixion scene that once underlay the missing main altarpiece, whose eroded, wooden supports are still in evidence.
Openings and niches along the nave also shelter a few traces of the complex friezes and insignia that have survived the elements. 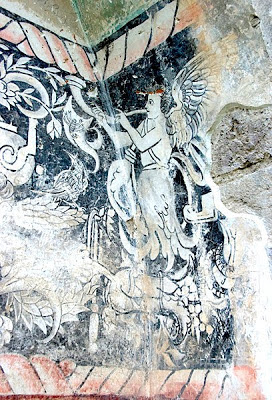 On either side of urns bursting with fruits, sheaves and birds, paired, winged figures play horns hung with banners emblazoned with scorpions—a pattern almost identical to friezes at Tepeapulco. 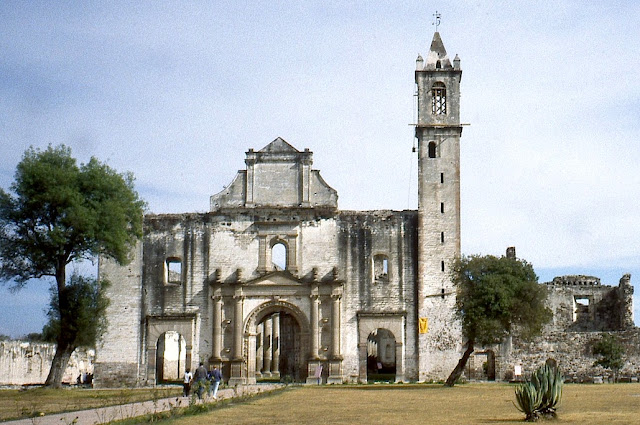 The West Front
Much of the basilican front is in place, notably the triumphal entry porch, framed in elegant purista style.
Fragments of mural decoration also cling to the somewhat protected spandrels above the doorway, featuring angels holding ribbons and foliage, skillfully painted in red, blue and orange hues. 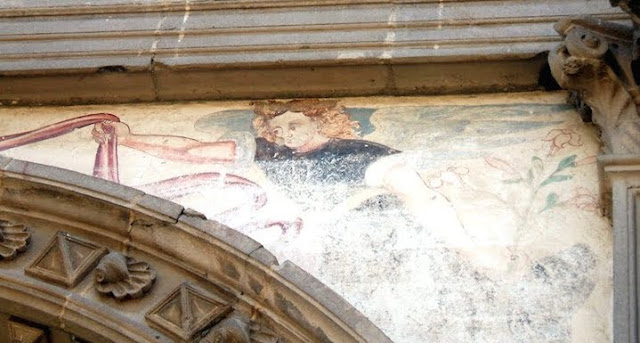