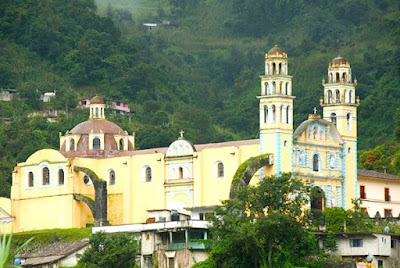 The hillside church of San Juan Bautista Ahuacatlan (Place of Avocadoes) is also located in the misty Sierra Norte region of Puebla. 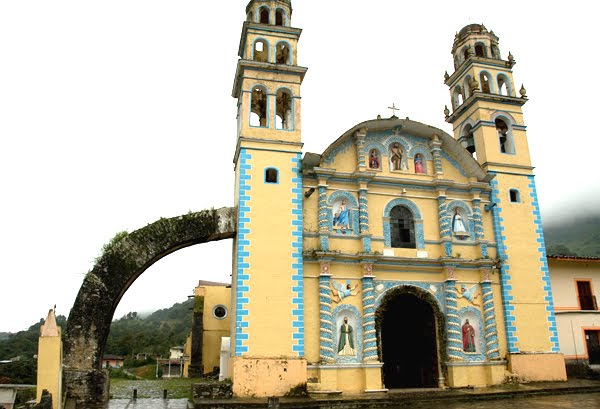 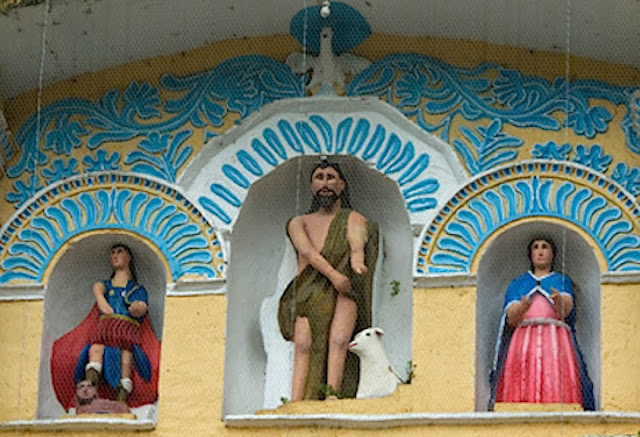 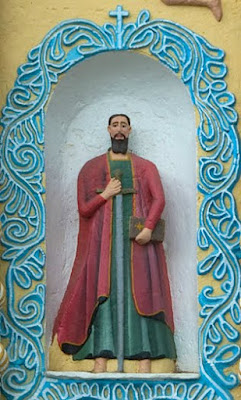 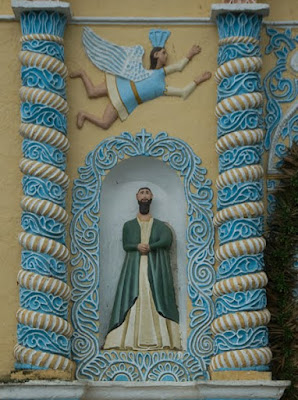 Sts. Paul and Peter
Statuary includes figures of the patron saint John the Baptist, as well as Sts. Peter, Paul and the Four Evangelists. 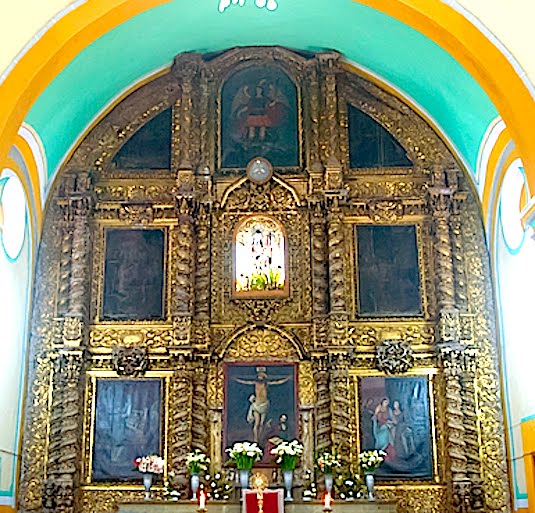 The refurbished nave contains several altarpieces in popular baroque style similar to the facade, framed with gilded spiral columns.  The main retablo, also dedicated to John the Baptist, features a large folkloric painting of the Archangel Michael along with a statue of the patron. 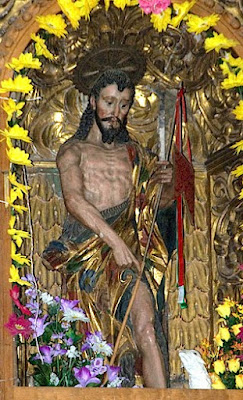 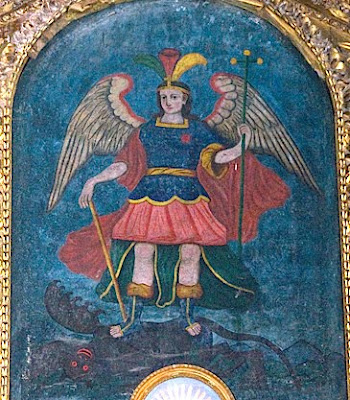 John the Baptist and St Michael
Several side altars along the nave are framed in similar style, with spiral columns and carved detail. 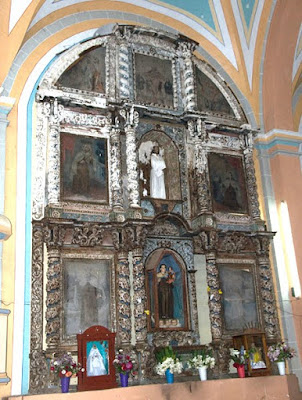 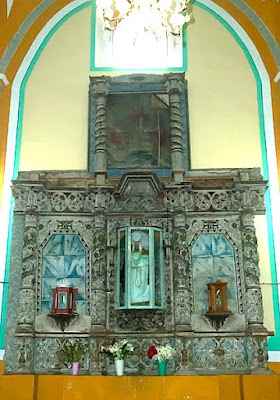