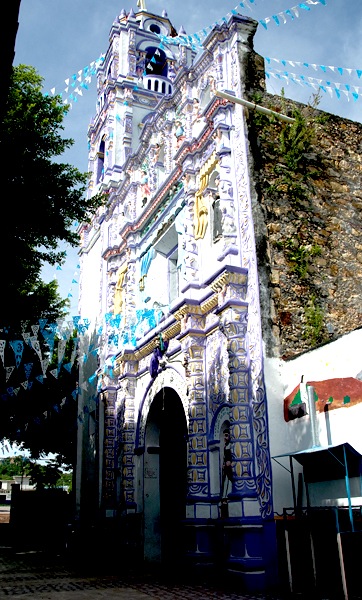 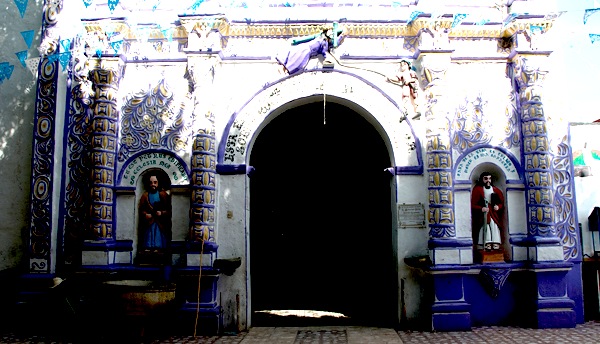 The gaudy church front, framed in popular "retablo" style, is currently painted in blues, greens and reds. Spiral half columns draped with leafy stucco tendrils divide the facade while the sculpture niches are framed by colorful foliated reliefs, some with drawn stucco curtains. Intricate relief ornament above the niches and along the friezes is picked out in bright colors. 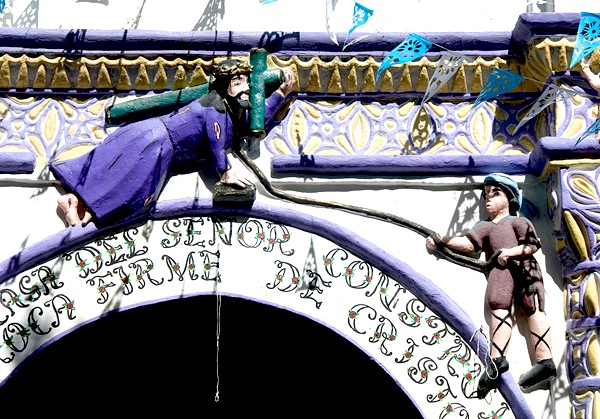 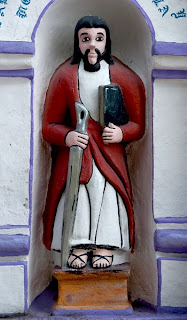 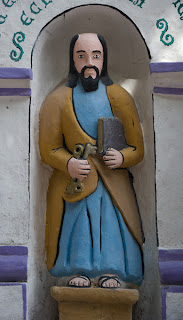 Colorful statues of bearded saints fill the niches, and reliefs of archangels flank the Virgin on the upper level.
As at Tzicatlan, the most striking image is the stucco relief of Jesus the Nazarene floating above the doorway, the rope around his neck held like a tether by a soldier in the spandrel. 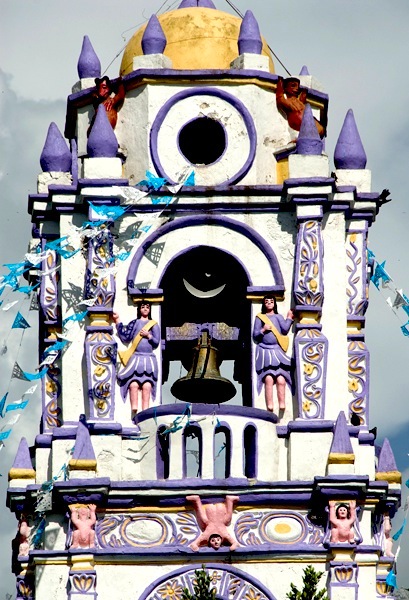 Figures of angels and archangels in a variety of postures appear throughout the church, notably on the colorful tower.As with all the churches in this group, the colors often change with each repainting of the church front. 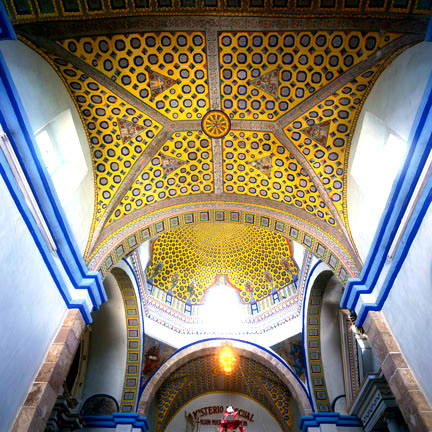 The renovated church interior is almost as spectacular. Its vaults and domes are patterned with colorful new blue and red glazed tile in the Pueblan manner, some including panels portraying folkloric angels dressed in "jaguar skins," carrying objects associated with Christ's Passion. 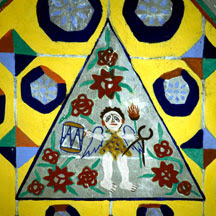 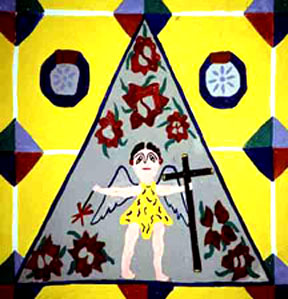