Like nearby Santa Cruz El Grande, also a former visita of the Franciscan mission at Asunción Poncitlán, San Juan Tecomatlan retains its former mission site plan, typical for the region, with the church and chapel, both now largely rebuilt, facing each other across an extended atrium or plaza. 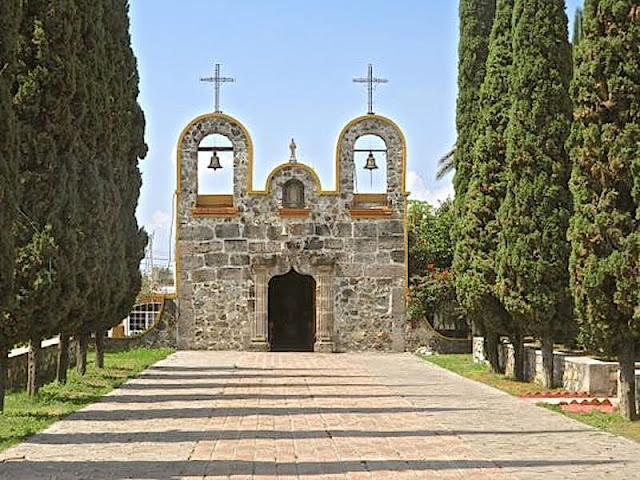 The latter structure occupies the place of the original hospital chapel—a fixture of all early missions in the region. 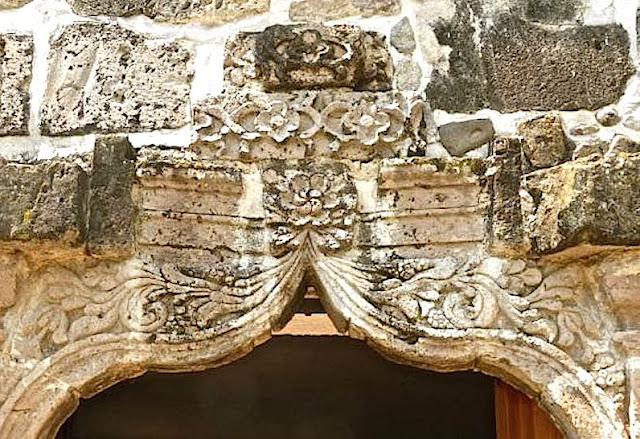 Although little that remains can be securely dated, the Purísima chapel features an unusual doorway, headed by a ogee arch carved with scrolls and rosettes, reminiscent of the side doorway at San Juan Cajititlan, that may date from the 1600s.


The other colonial feature of interest at Tecomatlan is the atrium cross. Fashioned in an ornamental variant of the classic Jaliscan cross, it features the customary cross-within-a-cross design with a crown of thorns motif at the crossing enclosing four pearl like nodules. 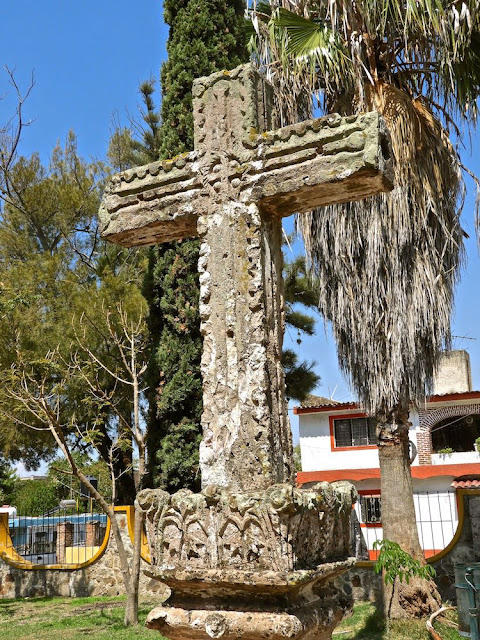 All surfaces of the cross are edged with scalloped moldings on both sides—an unusual decorative feature in this group. 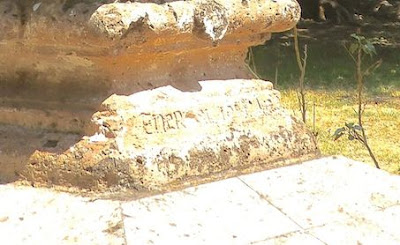 Holes are drilled in the arms and lower shaft on the front, to provide for temporary nails or metal inserts. And below the sculpted base of vegetal scrolls, is inscribed a date from the 1600s. 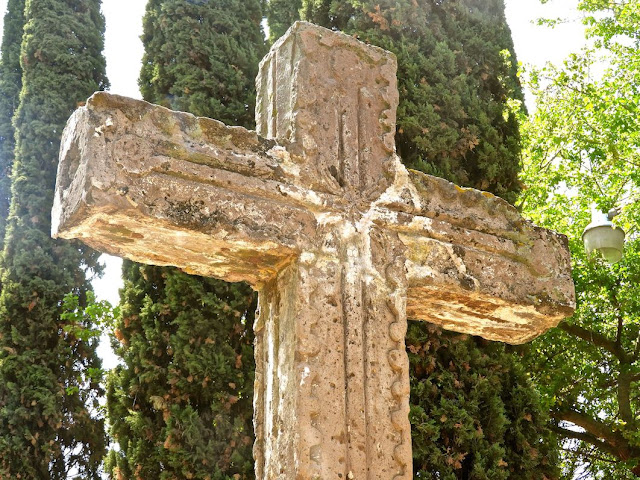 The reverse side of the cross is similarly bordered with a leafy rosette at the crossing but no visible drilled holes.