The pueblo of San Miguel Mezquitán is now a barrio of the rapidly spreading city of Guadalajara. Overlooking a deep barranca from its lofty site, the parish church dates back to the mid-1600s, according to inscriptions on the entry and the atrium cross. However, the handsome building as we see it today was completed in the 1770s. 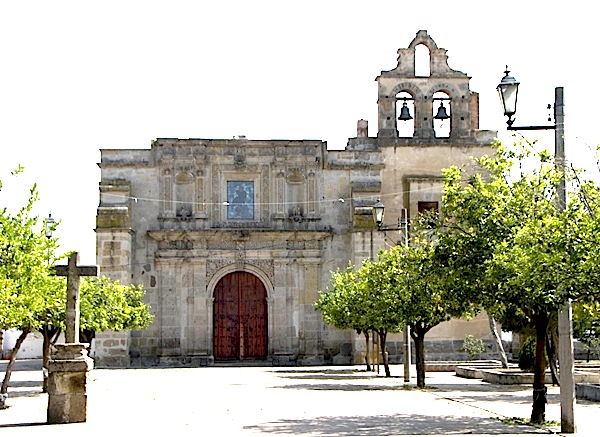 We owe this surprisingly elegant church to its architect and master of works Martín de León, the putative designer of Santa Mónica in Guadalajara. 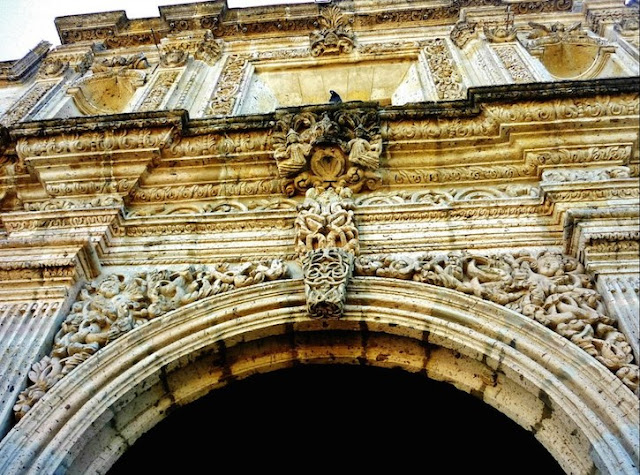 Although the facade appears unfinished - there is no gable - the restrained filigree decoration of its friezes and pillowed pilasters reveals a sensitive eye and masterly treatment of form and surface. 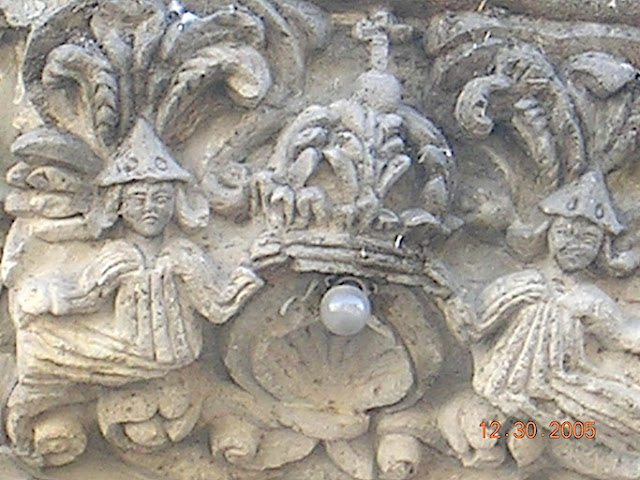 Figurative sculptures and reliefs also abound. Notable among these is a striking pair of angels in flight supporting a crown above the doorway. Wearing the distinctive plumed "cone-like” helmets associated with St. Michael, the patron of the church, they are unmistakably shaped by an indigenous hand and sensibility.
Their archaic style of carving harks back to the tequitqui reliefs of the 16th century, and stand in piquant contrast to the otherwise sophisticated baroque detailing of the church front and interior. 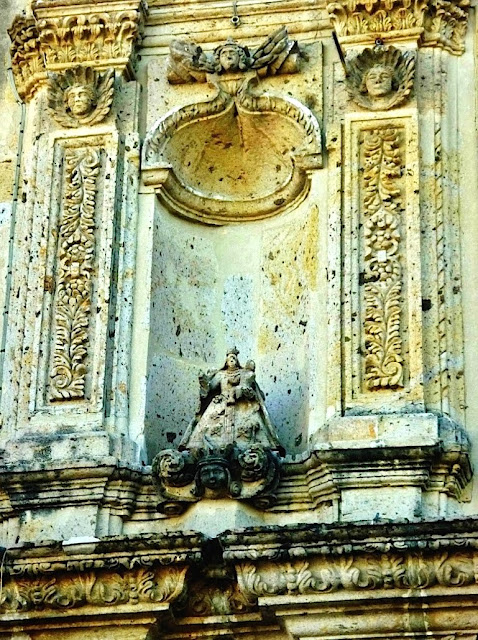 Diminutive statues of the Virgin of the Rosary and San Isidro, also carved in an earlier mode and possibly from an former building, perch in the niches of the facade. 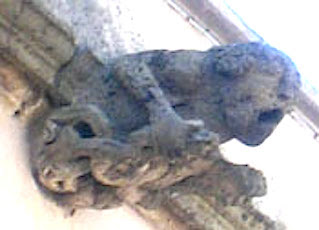 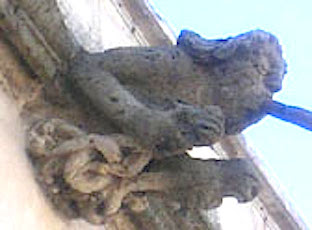 Gargoyles grimace from atop the nave walls. 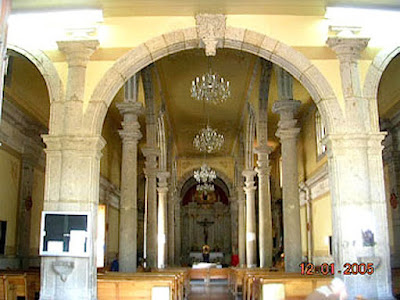 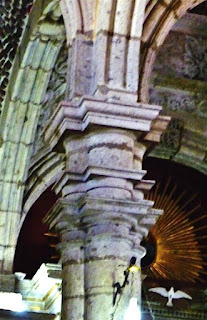 The spacious interior matches the front in airy elegance. Its lofty nave is divided from the narrow side aisles by stone arcades of slender columns headed by complex layered capitals. 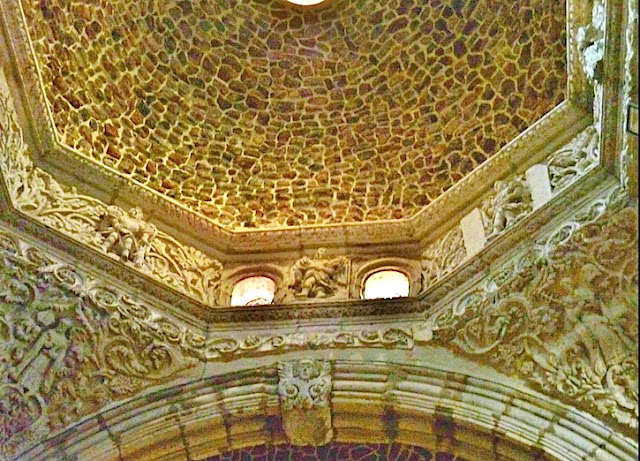 The supporting drum and pendentives of the dome are also densely carved with reliefs and figures of archangels. 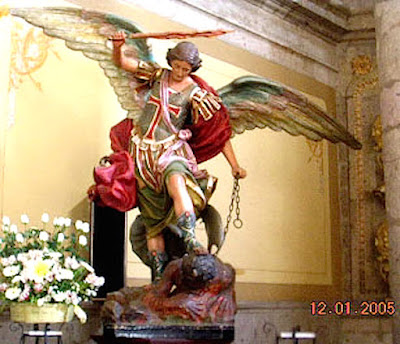 A lifesize figure of St. Michael reveals the archangel's militant side as he vigorously subdues the chained Satan beneath his feet. 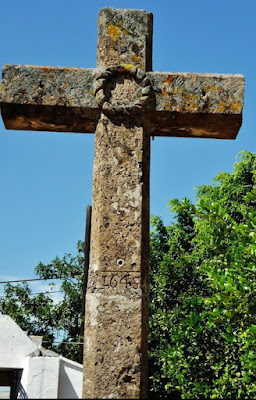 The other item of note at Mezquitan is its monolithic atrium cross, sparely carved with a woven crown of thorns motif at the crossing. Holes are drilled for nails in the arms and octagonal shaft—the latter inscribed with the date 1645.

text ©2008 and 2019 by Richard D. Perry. All rights reserved.
color images courtesy of Cecilia Zuñiga Ramirez and © 2005 by the late Edward Fesler, who made a special trip to photograph Mezquitán and provided historical documentation.
text based in part on the monograph San Miguel de Mezquitán by Dr. Rubén Villaseñor Bordes.