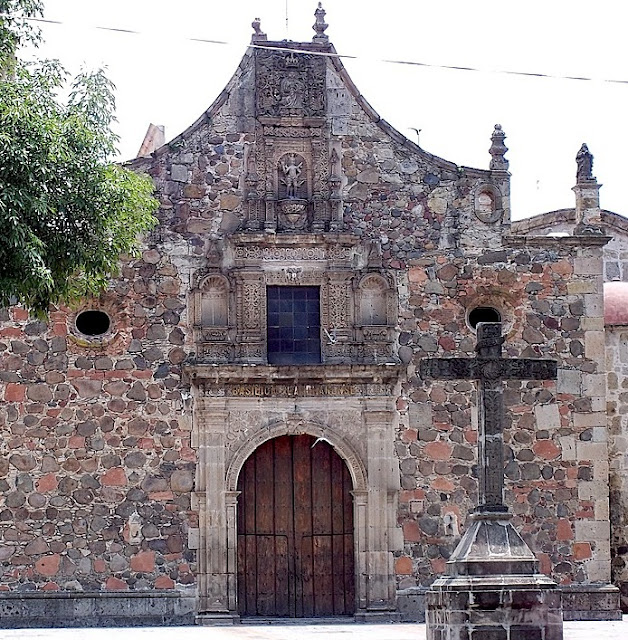 Set on a broad, paved terrace at the heart of Analco, one of the oldest native barrios of Guadalajara, the rambling pilgrimage church of San Sebastián faces a huge, tree-shaded atrium with sculptures and fountains. 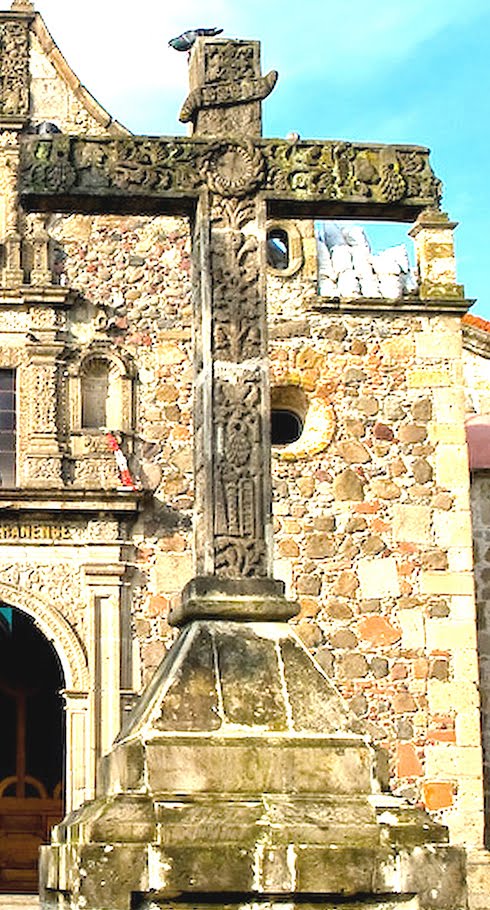 There is also an unusually ornate stone cross, one of the most intensively carved we have seen in Jalisco, atypical for the region. * 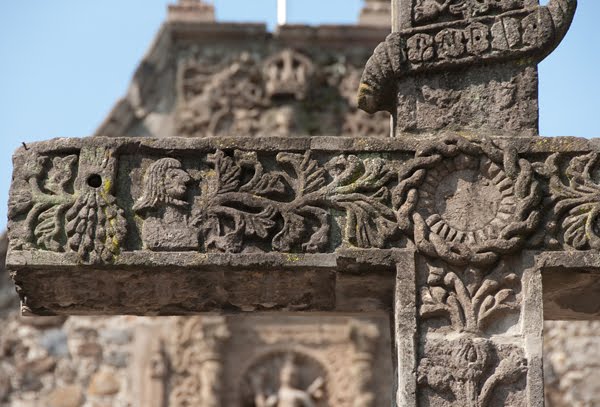 On the front, to either side of the unusual, windmill style Crown of Thorns at the axis, vines with curling leaves stretch out along either arm to aggressively projecting bleeding Wound reliefs formed like bunches of grapes and punctured with holes at the center. A head of Judas with a rope around his neck appears on the left arm. 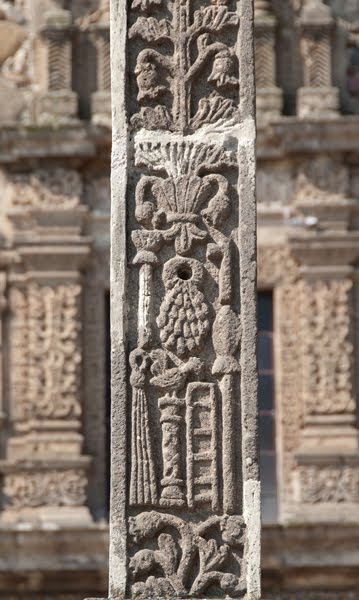 A third Wound protrudes from the lower shaft, above which another long vine with bell shaped blossoms spirals up to the axis.
Almost as an afterthought, other Passion objects are shoehorned into the remaining spaces: an elongated Column and cockerel, a Ladder, Scourge and a Spear are squeezed together at the foot. 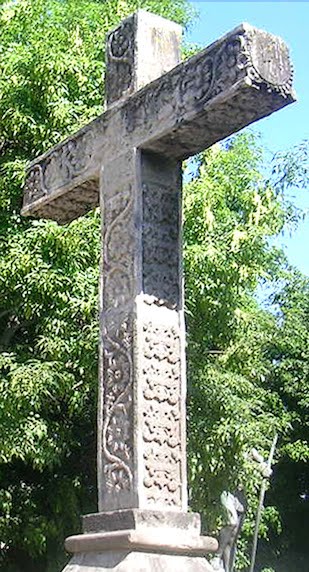 A similar vine with octofoil rosettes snakes up the back of the shaft, while a rows of foliated motifs run along the other sides of the cross.


The INRI acronym is incised into a segmented scroll across the neck of the cross, while sun and moon motifs decorate the finials.


images by the author and courtesy of Niccolo Brooker