Closing out our series of posts on the churches around Guadalajara, we come full circle to visit the nun's church of Jesús María in the city center. 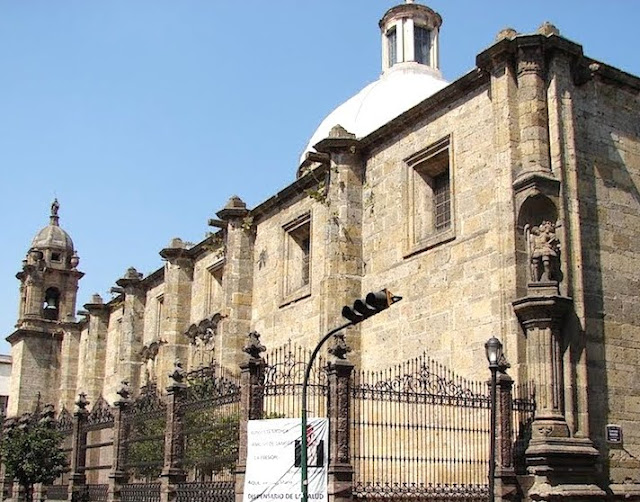 The 18th century church of Jesús María, located on a busy cross street in downtown Guadalajara, was built for the Dominican Tertiary nuns between 1760 and 1772.
Fortunately, the long, elegant nave exterior of warm, ocher cantera stone, divided by projecting “prow” buttresses, is somewhat protected from the traffic by its narrow forecourt enclosed by tall, ornamental wrought iron railings. 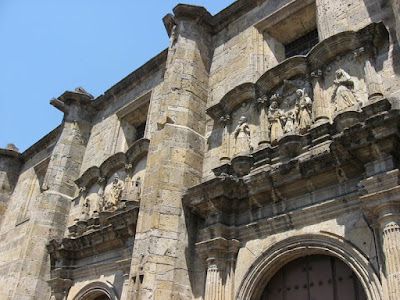 As a nun’s church, it possesses twin portals on its south side, whose handsome classical doorways are each surmounted by triple sculpture niches framed with composite half columns and prominent scalloped arches. 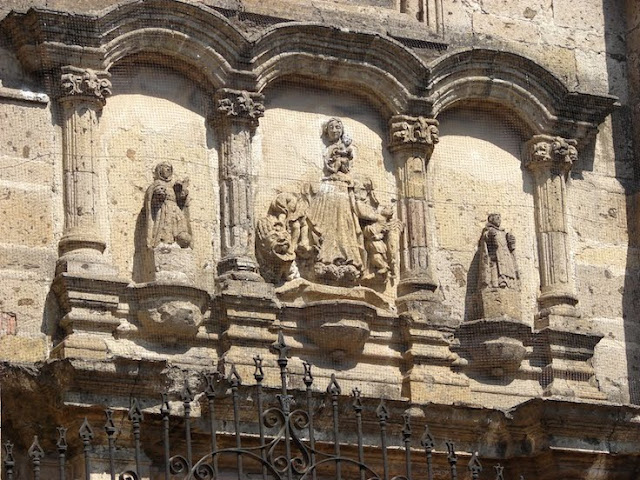 The left hand gallery centers on a rather battered but delicately sculpted statue of the Virgin of Light—the gaping mouth of Leviathan beside her is still intact—flanked by the smaller figures of Saints Francis and Dominic. 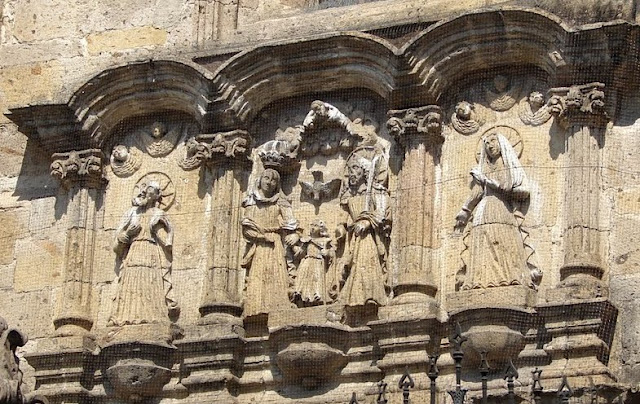 The better preserved triptych on the right is a delightful tableau of the Holy Family, with Mary, Joseph and the Christ Child flanked by Saints Joachim and Anne, the parents of the Virgin Mary. (A folksier version can be seen at outlying Santa Anita Atlixtac)
God the Father, in the clouds, links the figures of Mary and Joseph, while the dove of the Holy Spirit hovers between them.
Set into the buttress dividing the two portals is a niche containing a statuette of La Soledad, the Virgin of Sorrows. 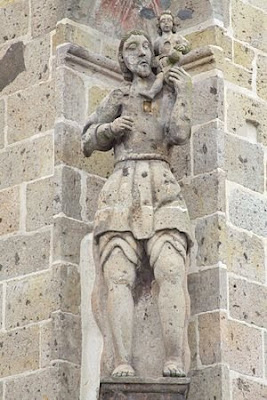 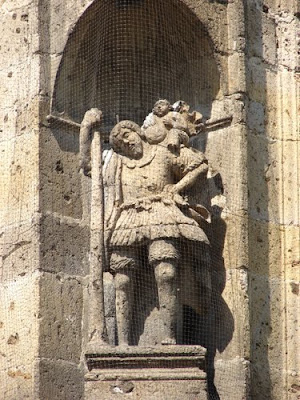