Tuxpan is an attractive and prosperous town in southern Jalisco, within sight of the active volcanoes of neighboring Colima.

The town center is dominated by the parish church of San Juan Bautista, whose imposing facade is faced with paired, classical columns, sculpture niches and tall domed towers.
The Atrium Cross
Standing on the site of an earlier mission and possibly an even older prehispanic shrine, this restored * cross dates back to the 16th century and is the oldest colonial remnant in the religious complex—a prominent reminder of the historic Franciscan presence here.
Known locally as La Cruz Gorda, because of its massive stone base, this is a classic colonial atrial cross, with an octagonal shaft and arms. The cross itself is plain with no carved features apart from the angled INRI plaque at its head. 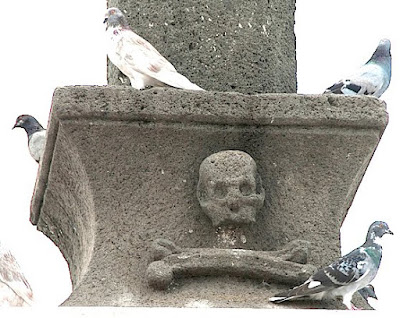 The pedestal supporting the cross, however, is carved with a skull and bones, and a sequence of heraldic reliefs that include rosettes and religious insignia surround the large, square base. 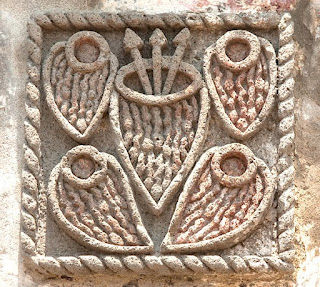 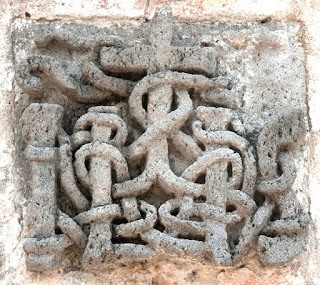 * During a project in February 2006 to restore its crumbling stonework, workers began to chip away at the surfaces, allegedly damaging some of the original carving in the process and raising alarm among local residents. Work was stopped and an investigation ensued, in which municipal officials and INAH conservators admitted their responsibility and vowed to make good any ill effects.