Following up on the chapels of Coyoacán, we look at another unusual chapel elsewhere in the city, La Capilla de La Conchita de Cuepopan. 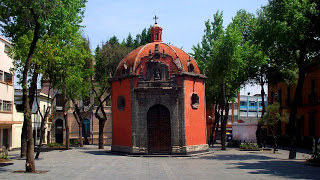 Situated in the ancient native barrio of Cuepopan (Where the flowers open up) north of the zócalo in Mexico City, and located in the former precincts of the nunnery of La Concepción, beside whose 17th century church it stands, the unique chapel of La Concepcion, aka La Conchita, has seen many changes since its founding in 1617 as an adjunct to the convent.

Originally dedicated to Santa Lucia, the chapel later served as the last resting place of the destitute, when it became known as La Capilla de Los Muertos. 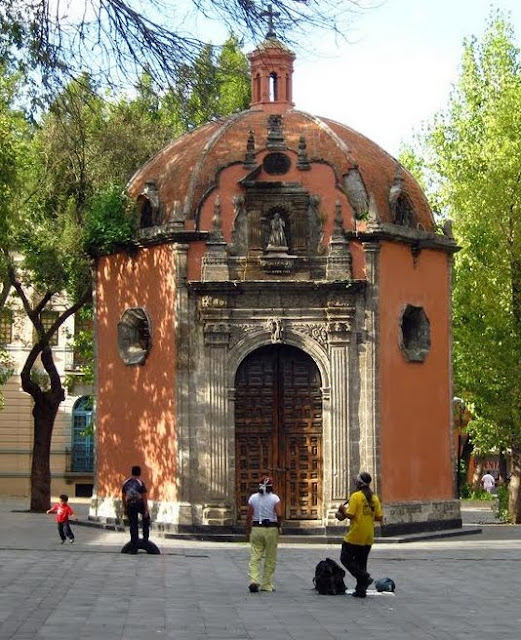 The most singular feature is its hexagonal plan, its exterior walls faced in baroque style.

The arched classical entry, framed by fluted pilasters and foliated reliefs, boasts a keystone carved with a relief of St Francis. 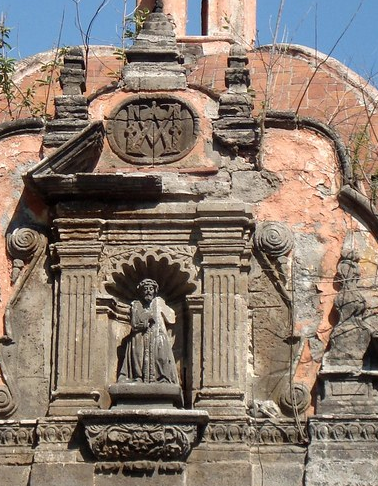 Above the doorway, a similarly framed shell niche contains a statue of Christ the Nazarene surmounted by the Marian monogram.