We continue our visits to Mexico State churches with a look at the former nun’s church of Santa Teresa la Antigua. 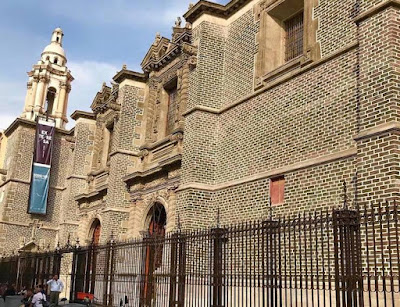 Completed in 1684 by the eminent Mexico City architect Cristóbal de Medina Vargas, Santa Teresa la Antigua is an outstanding example in the city of the late 17th century so-called Solomonic baroque style—distinguished by the prominent use of spiral columns in the lateral twin portals—a typical feature of colonial nunnery churches. 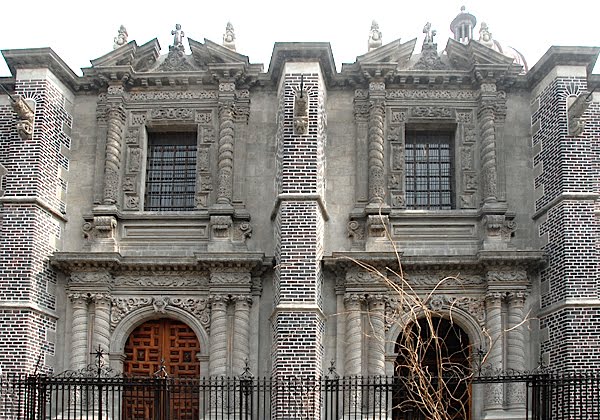 Paired columns flank both doorways, while singles frame the overhead nave windows. The portals are notable for their finely sculpted detail, including statues of the Christ child set between the broken gable pediments. 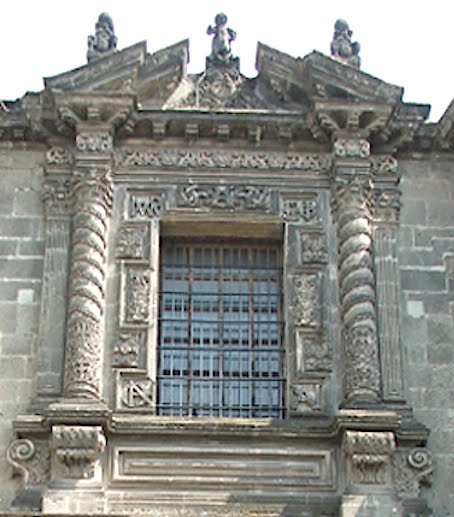 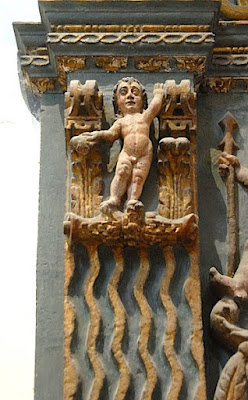 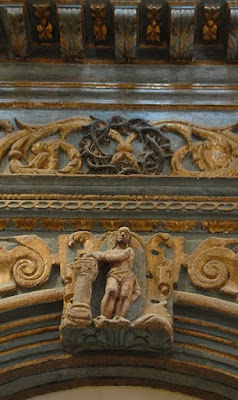 The church front is distinguished by its passages of intricately carved relief ornament. Another distinctive aspect of the church is that it leans slightly, a result of its foundations being built atop the sinking former lake bed underlying much of Mexico City. 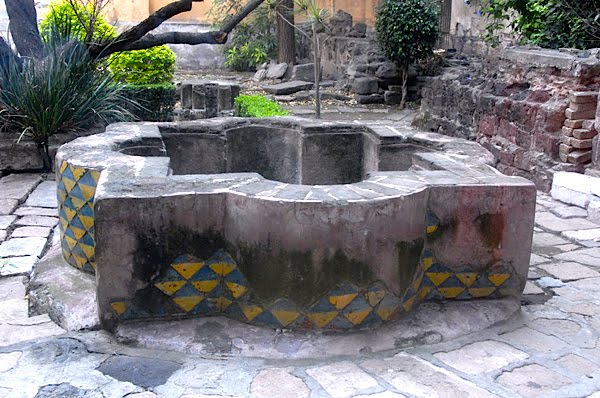 Most of the attached convento has gone although an original tiled fountain survives in the former patio.


color images courtesy of Niccolò Brooker and others
Posted by Richard Perry at 9:30 AM