Folkloric church fronts, incandescent with brightly colored stone and stucco ornament and statuary are more commonly associated with the Puebla area.*  So it is unusual to find a full blown example of this more joyful genre in the gritty environs of Mexico City. 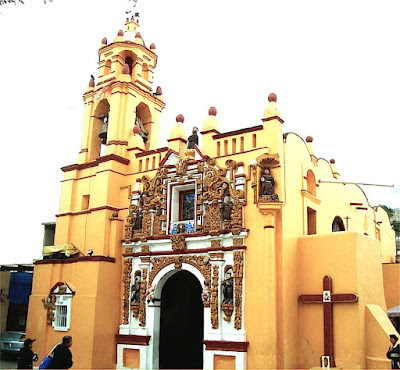 Founded as a Franciscan visita of nearby Mexicalzingo, the early mission at the former lakeside community of Acahualtepec dates back to the 16th century. Legend holds that a processional image of Santiago, being transported by canoe, suddenly became too heavy to move and thus stayed here to give his name to the village and church. 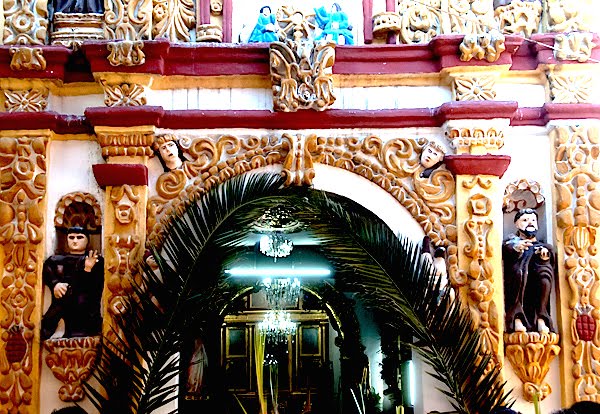 However the present, multihued facade of Santiago Acahualtepec, divided by ornamental estípite pilasters in provincial style, was only added in the later 1700s, and its details and certainly its coloration have changed over the years since. 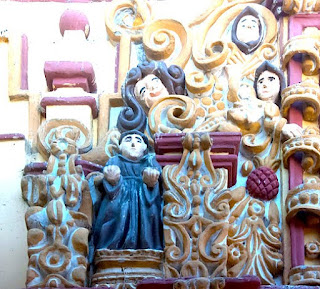 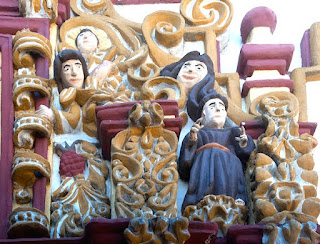 Numerous statues of squat, blue robed, barefoot friars look out from niches across the church front, distinguished only by their hand gestures, possibly related to their once holding of the Arma Christi, attributes now largely missing.
Although none are individually named or identified, it seem likely that St. Francis is the figure placed in the isolated corner niche on the right side of the facade. 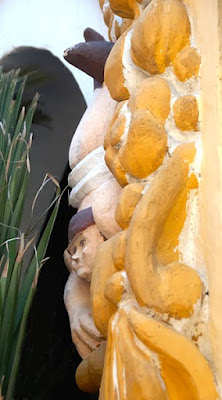 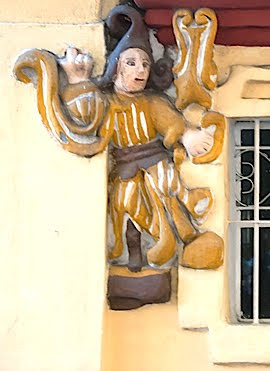 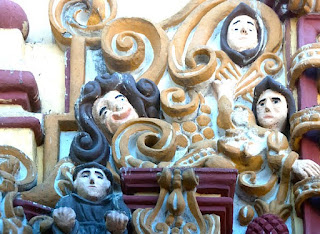 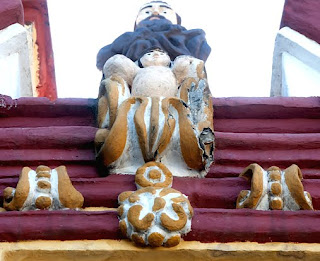 Heads of cherubs and other figures, including what may be Adam and Eve, pop up amid a whirl of carved and painted foliage.

Posted by Richard Perry at 2:26 PM