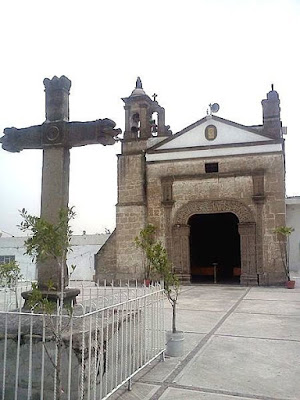 Although much remodeled over time, the chapel of San Lorenzo, located in the Naucalpan district north west of the City proper, is thought to have been a visita of the former Franciscan doctrina of San Gabriel Tacuba. 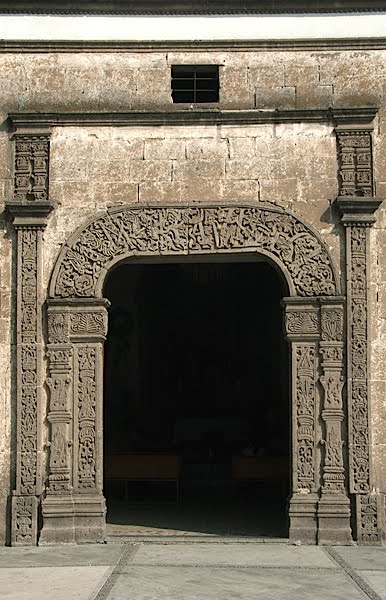 The chapel retains its attractive early sculpted doorway, set in a typical square front in 16th century fashion. Divided jambs densely carved with foliated motifs enclose a Plateresque like pilaster and support a low basket handle archway also with carved relief ornament incorporating letters that appears to spell out a name or invocation. 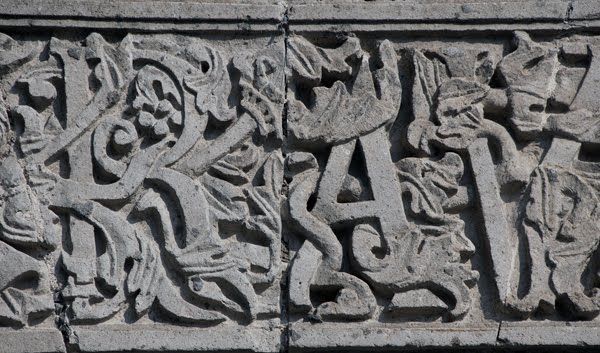 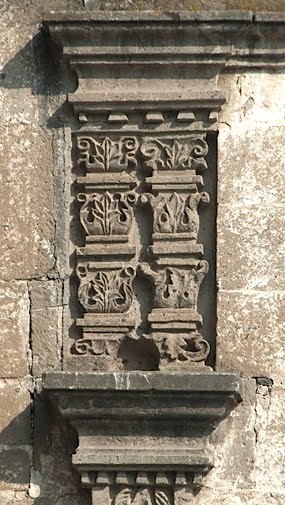 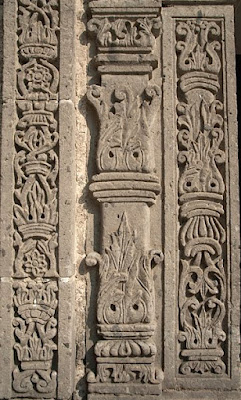 Narrow bands carved with foliage rise on either side of the doorway to support a rectangular alfiz, carved at either upper corner with paired relief bands. 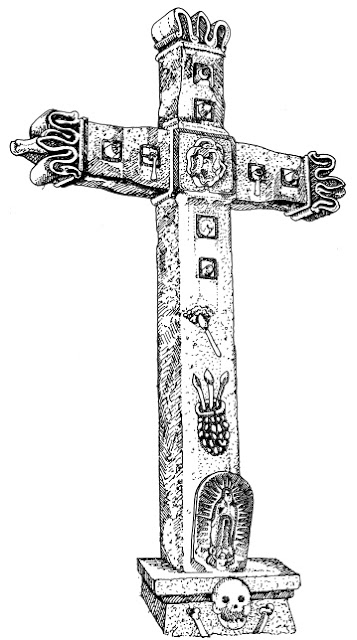 Mounted outside the chapel of San Lorenzo, we see another example of early stoneworking: a tall stone cross carved with several unusual elements.  A wavy, much eroded Crown relief is contained within a square border at the axis. This motif is echoed by pairs of small square frames on the neck, shaft and tapered arms—some with Nails, and others with indistinct, button-like protrusions. No other Passion objects appear, aside from two drippy Wounds pierced by Nails on the lower shaft. 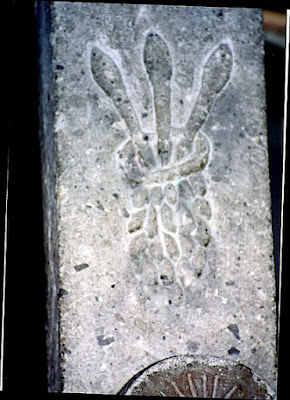 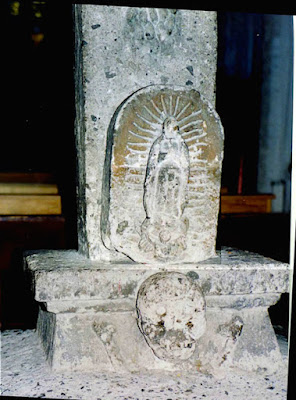