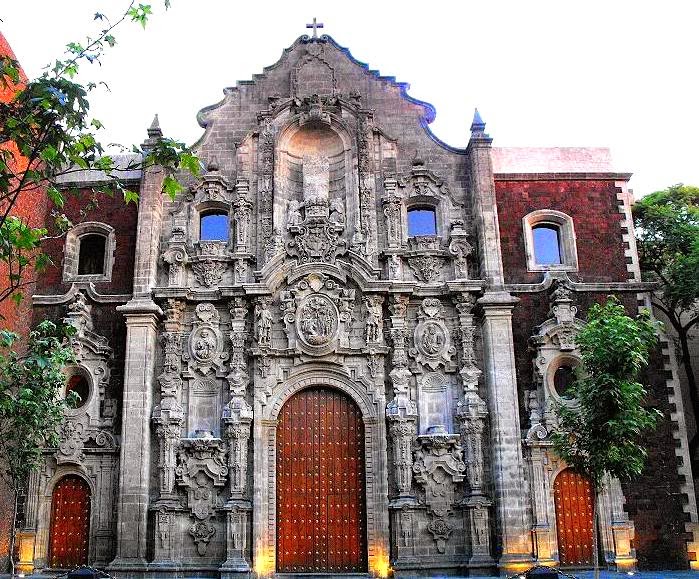 In its early years the Oratorian order of San Felipe Néri moved from place to place in Mexico City. This peripatetic history led to the name of the Order being attached, confusingly, to several churches in the city center, among them the iconic former Jesuit church of La Profesa.
First a church was built in the 1660s on the now Calle República de El Salvador, with an adjacent hospice, later enlarged to include the present cloister. This church, known as San Felipe Néri El Viejo, collapsed in an earthquake.
Construction of a new temple began in 1751—dubbed San Felipe Néri El Nuevo—on the adjacent site, to a design by the eminent Mexican architect Ildefonso de Iniesta Bejarano y Durán.
This church too succumbed to another temblor in 1768, when the roof fell in, with its facade still unfinished. The intended statue of the founder in the grand upper niche, remains a block of stone.
The Oratorians then abandoned the building, moving to the recently completed church of La Profesa, just evacuated by the Jesuits who had been recently expelled from Mexico.
However, most of the unfinished facade of San Felipe Néri El Viejo survived, which, with the exception of the gable added in modern times, is the one we see today. 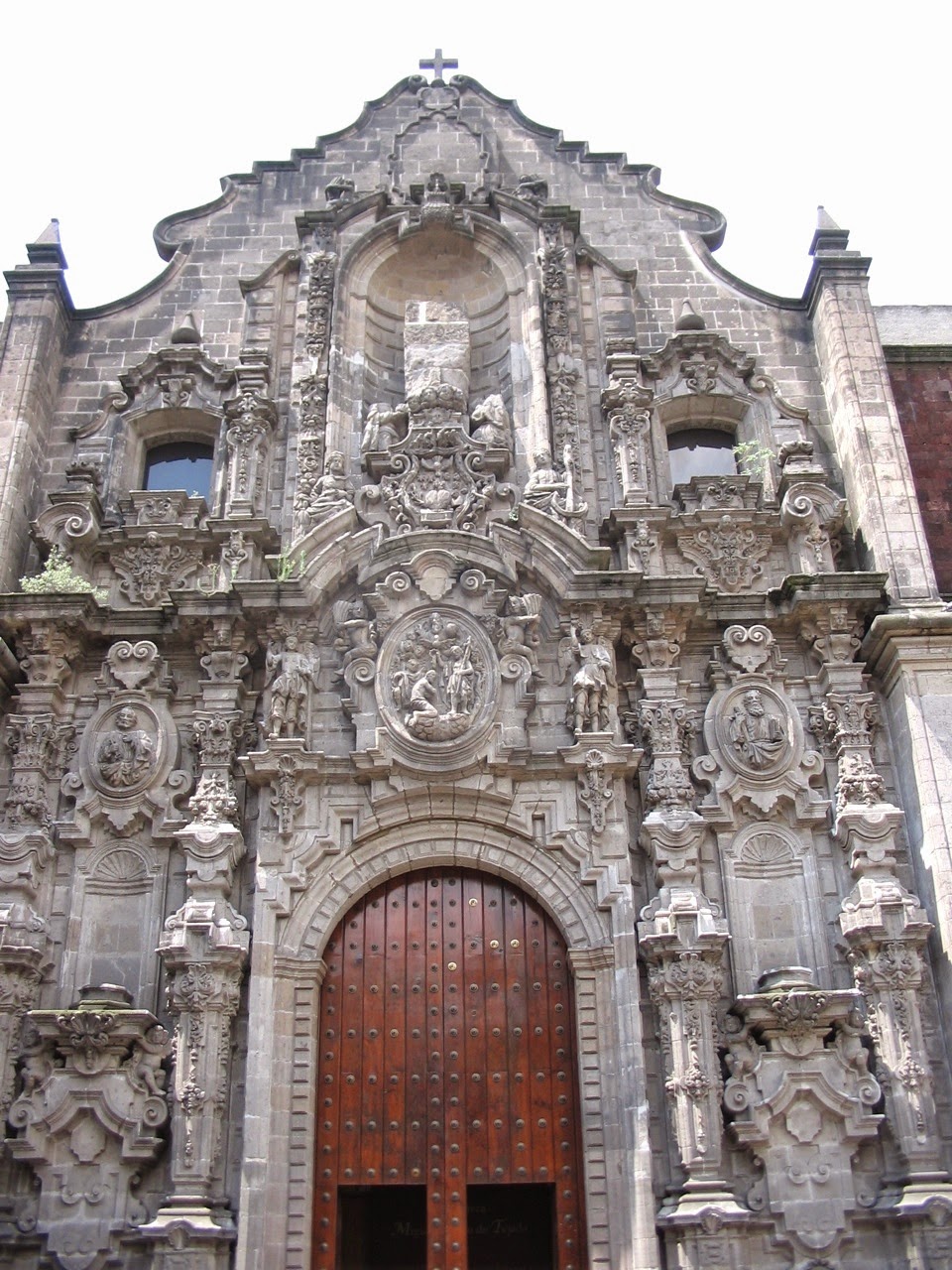 This imposing front is unusual in that its sophisticated Churrigueresque facade and lateral doorways are set against a background of dark red volcanic tezontle—a technique and style generally associated with buildings of the previous century.
An exceptionally tall, simple arched entry defines the elegant facade, rising via a mixtilinear Moorish frame to the spectacular oval relief of the Baptism of Christ above. This relief is accompanied by life-size statues of two archangels—the only remaining sculptures in the facade.
The entry is flanked on either side by pairs of highly ornate estípite columns, which in turn enclose even more complex niche-pilasters (interestípites) now void of statuary but replete with layered, broken cornices, multiple scrolls and dripping with lambrequins. The broken lines and the rich layering of architectural elements throughout the facade adds to the depth and nervous complexity of the composition.
Scrolls, ovals and layered pediments also bedeck the lateral doorways, whose coffered pilasters lend a more classical look.

The interior currently houses the Biblioteca Lerdo de Tejada, its former nave walls covered with lurid, pseudo revolutionary murals by Vlady.  However, the current physical deterioration of the building threatens this use and even its structural integrity unless restoration measures are urgently taken.

Please check out our other posts in this series: San Bernardo; San Pablo El Viejo;