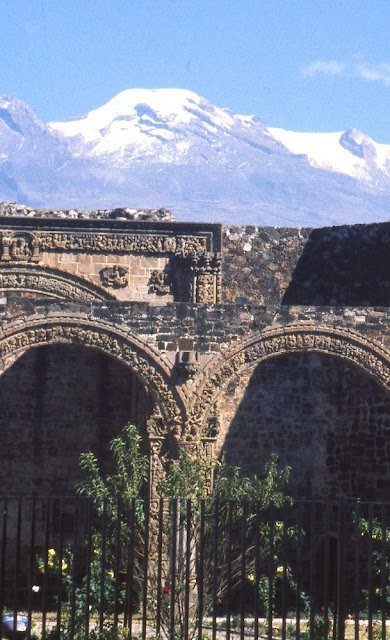 Set against the majestic backdrop of the volcano Ixtaccihuatl, the arcaded open chapel at Tlalmanalco is one of the masterworks of 16th century sculpture in Mexico, "half Indian, half European and all Mexican" as John McAndrew, the art historian, has called it. 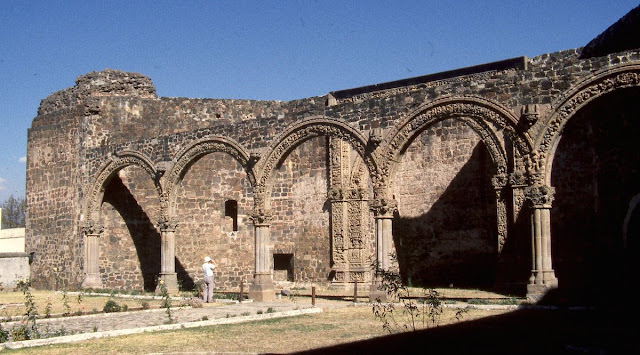 The design is elegantly simple. From the sanctuary at the rear, framed by a triumphal arch and Moorish alfiz, the walls of the chapel flare forward to embrace the broad arcade of the outer portico.
Sensuously carved from chocolate-colored stone by native artisans, the sculptural forms are a stylistic mix. Although the underlying forms are those of Renaissance grotesque decoration, medieval imagery and symbolism give the chapel an exotic, archaic feeling, like some long-forgotten Hindu temple.
But the unique significance of the chapel lies in its complex iconography. It is nothing less than a pictorial manifesto of late 16th century Franciscan beliefs on life, death and salvation—a sermon in stone designed to impress and instruct the native converts and reinforce the zeal of the friars.
By the 1560s, when the chapel was being built, the friars' view of their mission in the New World had become increasingly pessimistic. The epidemics then decimating the Indian population were interpreted by the friars as divine punishment for the alarming resurgence of idolatry among their flock. They saw these events as portents of the Final Days, when an apocalyptic struggle between the forces of good and evil would culminate in Christ's Second Coming. His triumph would precipitate the Last Judgment and establish the New Jerusalem—the Celestial City where, the friars believed, the righteous would dwell in joy forever.

Although some of the symbolism remains obscure, this is the message graphically conveyed by the sculpture of the open chapel. 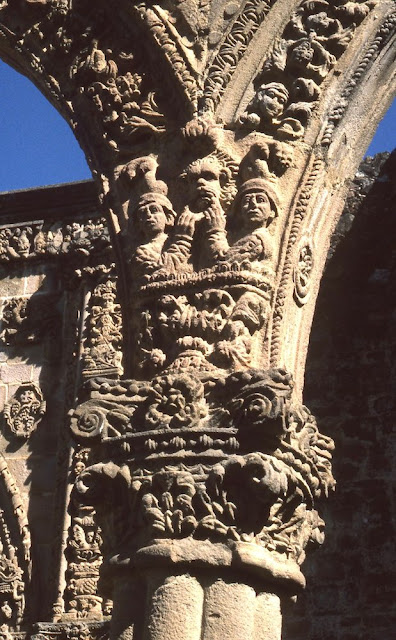 The five arches of the portico picture sin and vice in all their guises, symbolized by wild animals, like horses, lions and monkeys, entwined in the rank foliage of untamed nature.
People too, are caught in this jungle. Some resist heroically but others succumb to temptation with agonized expressions. Skulls and crossbones below the center arch symbolize the triumph of death, but the serene crowned head at the apex, flanked by the dragons of the underworld, represents the hope of salvation for man's eternal soul. 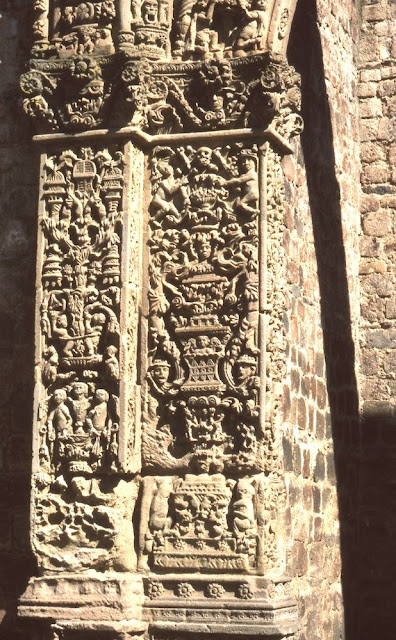 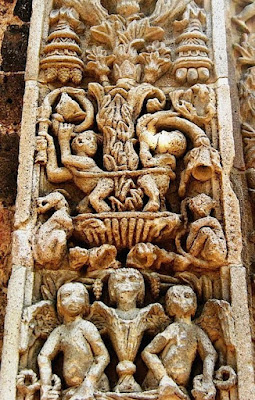 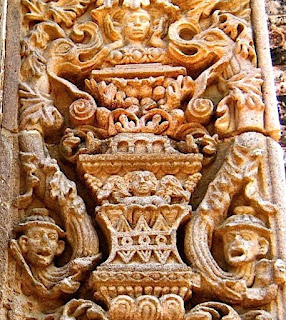 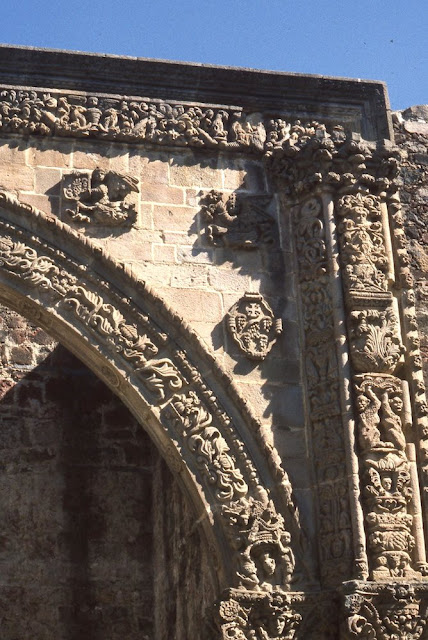 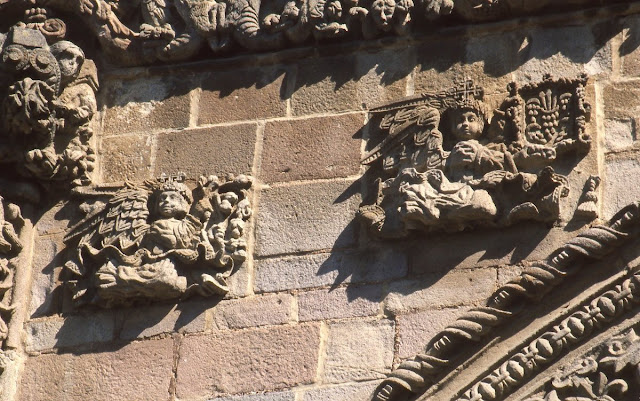 The archway itself represents the narrow road to salvation. From the chalices at the base— powerful symbols of redemption—a harmonious foliated design ascends to the radiant face of the New Adam at the apex. The knotted cord frames the arch, to emphasize the guiding role of the Franciscan Order along the perilous path to salvation.

In the spandrels, escutcheons display the Five Wounds, and crowned angels hold up the Instruments of Christ's Passion, by which Satan's power is vanquished. 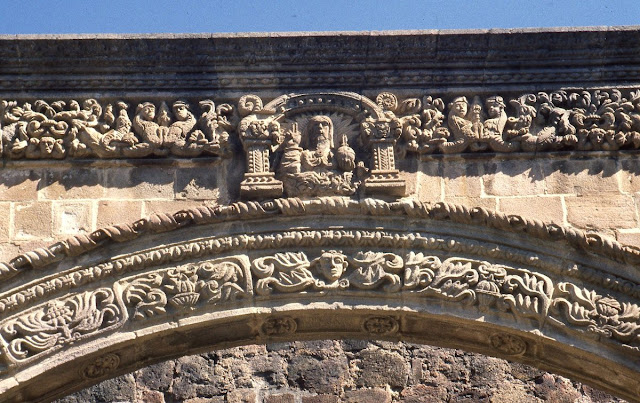 Above the archway—the symbolic entrance to the Celestial City—stands Christ as Savior, with orb and scepter. The sun's rays, radiating behind his head echoing the theophany repeated every morning as the sun rises above the chapel from the mists surrounding Ixtaccihuatl.
Note. The chapel is currently walled off.
text © 1992 & 2019  Richard D. Perry
images ©1987 & 2019 by the author

Look for our other posts on Tlalmanalco:  The Murals; The Baptismal Font; The Main Altarpiece;
Posted by Richard Perry at 9:54 AM