We continue our posts on lesser known missions in Yucatán with a look at Teyá, ("Sapodilla") near Izamal. 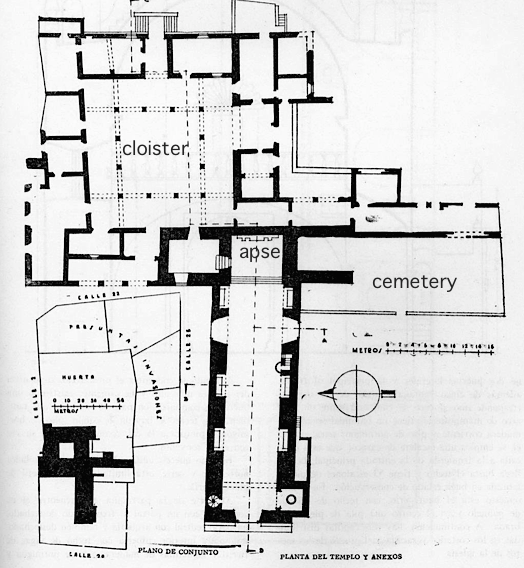 In a classic Yucatecan T-plan format, remnants of the early 17th century stone chapel of Teyá, formerly a visita of Izamal, are embedded in the apse of the grand 18th century parish church of San Bernabé. 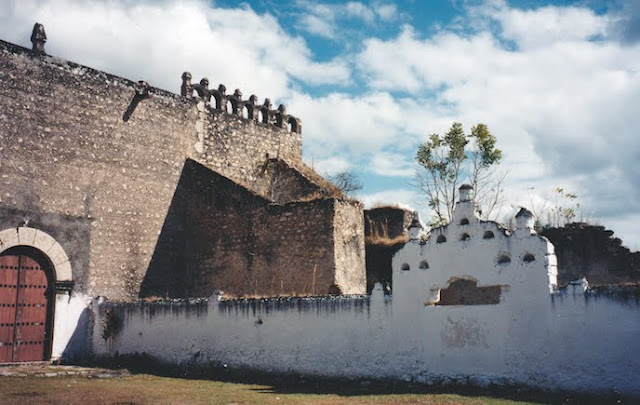 The former cemetery and its ornate gateway stand in the atrium adjacent to original visita structure on the south side of the church. 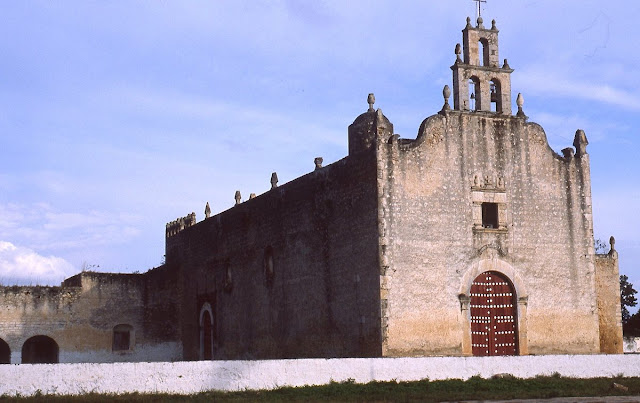 Dating from the 1750s, the church facade is distinguished mostly by its crowning belfry (espadaña) and imposing choir window with carved stone jambs and lintel. 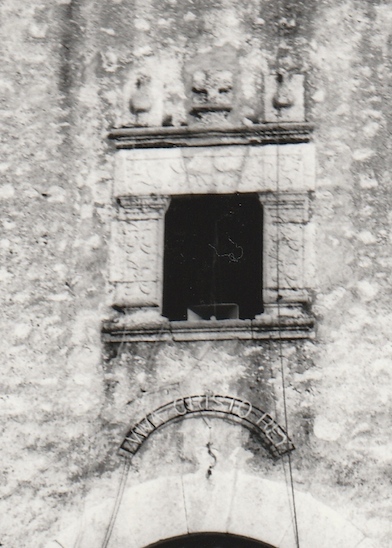 Aside from an old carved font, little else remains of the original visita mission. 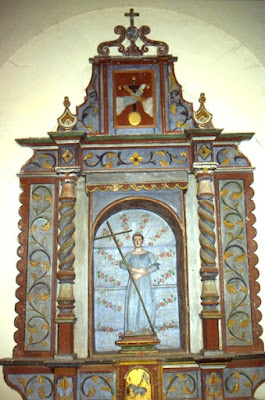 A pair of late colonial retablos stands along the nave together with a tulip shaped wall pulpit painted with portraits of the Four Evangelists. 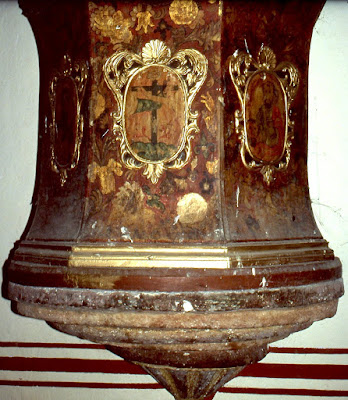 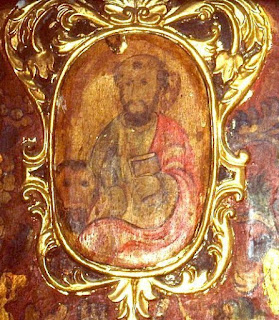 pulpit with portrait of St Mark 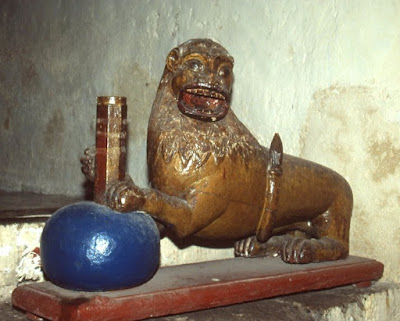 Another surviving colonial artifact of interest is the standard holder in the form of a lion beside the altar rail.
text and color images © 1983 & 2018 Richard D. Perry
Posted by Richard Perry at 10:16 AM