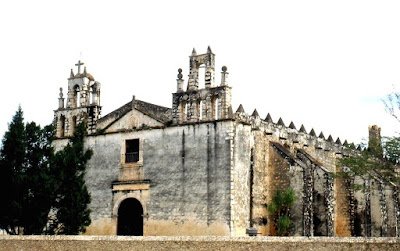 The 17th century church at Teabo stands on an elevated foundation within a walled atrium. As at nearby Oxkutzcab, on which it is undoubtedly modeled, the broad nave follows a basilican plan; two rows of tall interior columns support arches on which the renovated roof rests. 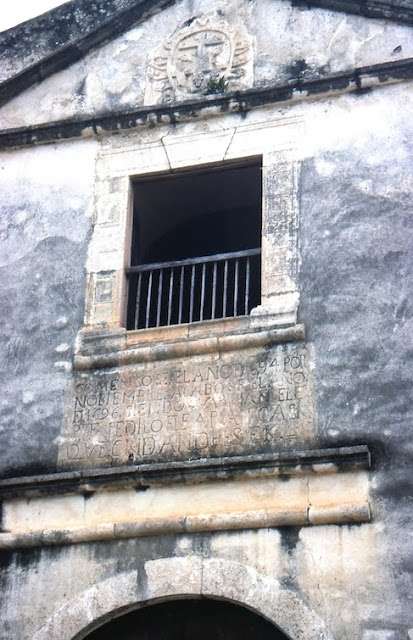 Evidence of the long Franciscan sojourn is everywhere: the Five Wounds appear on the upper facade in conjunction with the Crossed Arms and a dedicatory plaque below the choir window bears the dates 1694 and 1696, marking the building and completion of the church. 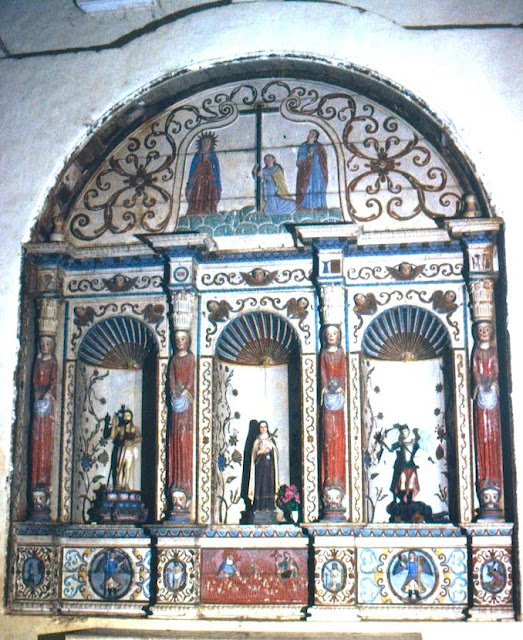 The Retablo
One of the few remaining colonial furnishings inside the church is the splendid retablo of Las Animas on the south side of the nave. This handsome altarpiece closely resembles those at nearby Mani and may be the work of the same master. Caryatid columns separate the compartments, and the altarpiece is finished in vibrant reds and blues against a white background. 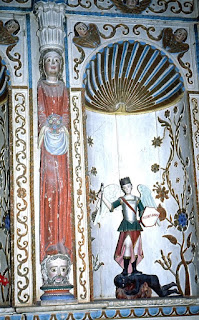 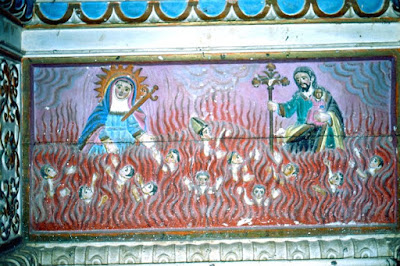 A folkloric relief panel at the base illustrates the suffering of souls in Purgatory, who appeal to St. Joseph and Our Lady of Sorrows for help. 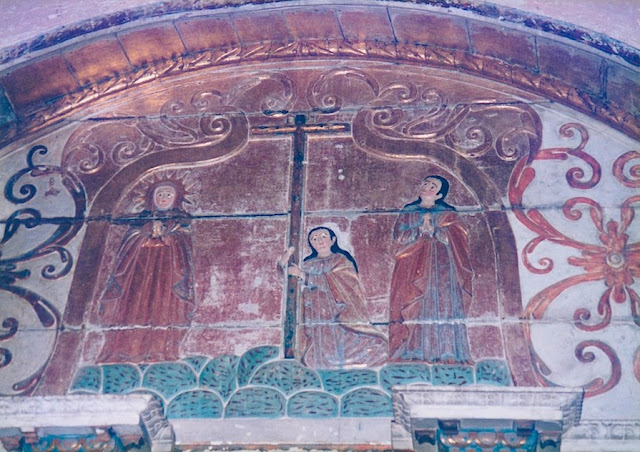 This theme of redemption is continued on the pediment, which depicts the cross with the Three Marys.
Statues of San Miguel and the risen Christ occupy the side niches. 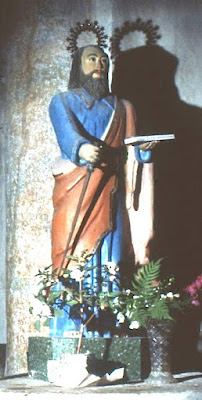 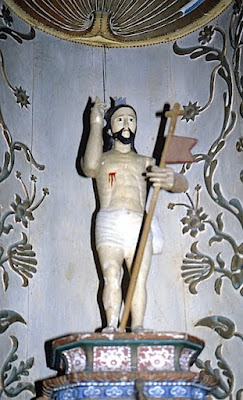 Peter, Paul and the Risen Christ statues
A pair of white stone pedestals—probably former lectern bases—stands by the altar, supporting the draped figures of St. Peter and St. Paul, the patrons of the church.
text and images © 2019 Richard D. Perry
see our post on the Teabo murals
Posted by Richard Perry at 9:38 AM