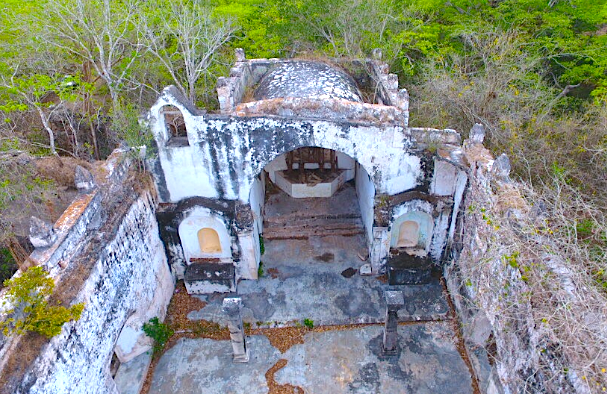 Mopilá, view of open chapel
Founded atop an ancient Maya platform, this former visita of Yaxcabá evolved in the usual Yucatecan fashion: at first a domed open chapel, later fitted with a broad aisled nave in front. 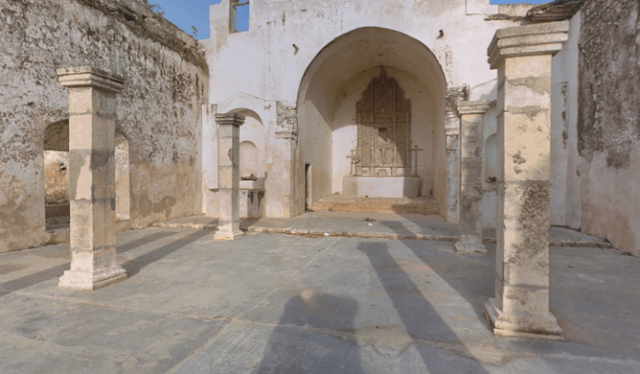 The substantial church at Mopilá was set afire during the 19th century Caste War and abandoned until recent times when it was cleared of rubble and partly refurbished, with some of the pillars reinstated, although it is still roofless and missing the colonial church front. 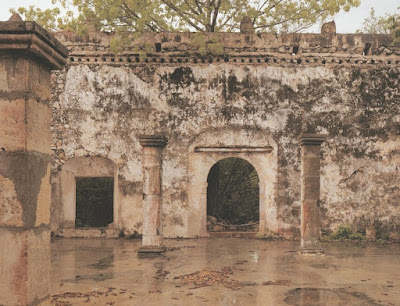 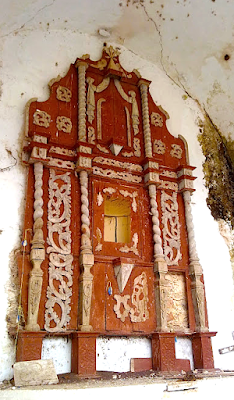 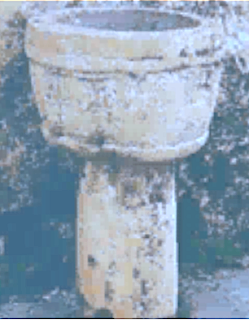 The sole surviving colonial remnant, apart from a small stone holy water basin, is a large wooden altarpiece fashioned in provincial baroque style in the popular regional colors of red and gold.
Now stripped of images it is mounted in the apse (the former open chapel) and was imported from another location, most likely Yaxcabá where there are similar retablos.